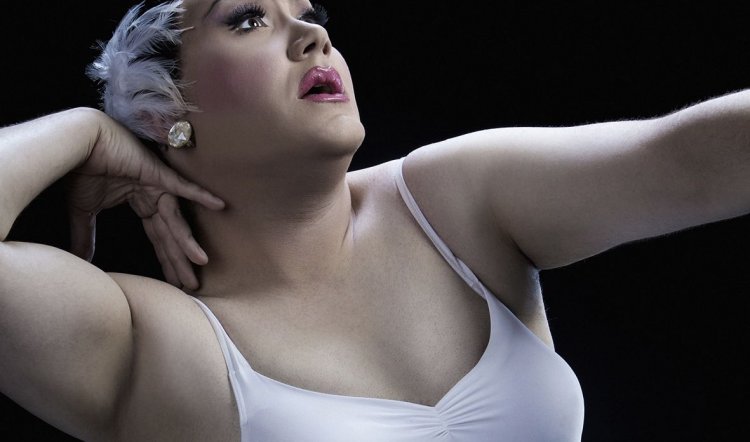 FAT SWAN - THE RETURN, Showqueen Productons at the Reginald Theatre, Seymour Centre, May 16-26, 2012.

The rape and pillage of The Ballet began with French and Saunders and their stapled buns and mutilated feet. It reached new and hitherto unplumbed depths in the wildly serious Darren Aronofsky psycho-drama Black Swan. And it suffers a final, all out massacre at the hands of Trevor Ashley and Phil Scott with Fat Swan. As performer-writer and writer-musician, they parody the unparody-able and spoof the unspoofable in turning Black Swan into an adults-only, R-rated pantomime for the polymorphous perverse: Fat Swan, the heartwarming tale of Natalie Portly, a tubby, anorexic virgin who discovers masturbation, lesbianism and murder and finally triumphs over adversity.

And be reassured there's a lot of adversity. As the show is faithful to the traditions of pantomime, there are cartloads of truly terrible jokes, lame jokes, in-jokes, scatological jokes and daft jokes that would make a six-year-old groan. There is audience participation/torture; there is call and response (Where is she? Behind you!) There is an archetypal wicked stepmother in the person of the newly-returned from the West End where she was the star of Billy Elliott and was visited by Victoria Beckham and feted by royalty, our very own Genevieve Lemon. She plays Natalie's mother as a cross between Widow Twankey, Barbara Hershey and the Acid Queen. It's a tragic fall back to earth and reality, but she bears up remarkably well.

It helps to know the plot of Black Swan - Nina, an innocent young ballerina, lives with her overbearing mother, an ex-dancer (uh-oh). The Svengali-type ballet company director Vincent forces his prima ballerina to retire so, as she's Winona Ryder, she finds a bus and hurls herself at it, serious injury completing what the director started. Vincent plays mind games on Nina to find her dark side so she can dance both black and white swans in Swan Lake. The company's other principal dancer, Lily, who is also Nina's bestie, is ticked off at being cast as the understudy, takes Nina out clubbing and they go home to Nina's and have sex. Except she was hallucinating, apparently, because Lily was having it away with a bloke at the time and is now back in Vincent's favour and they have sex. Beth stabs herself in the face with a nail file, Nina becomes increasingly crazy, which isn't surprising in the circumstances and … well, the movie grossed more than $300 million, was nominated for best picture; Natalie Portman won an Oscar and Aronofsky was nominated for best director, but audiences steadfastly refuse to take Black Swan seriously and it's up there with Mommie Dearest as a schlock cult classic. 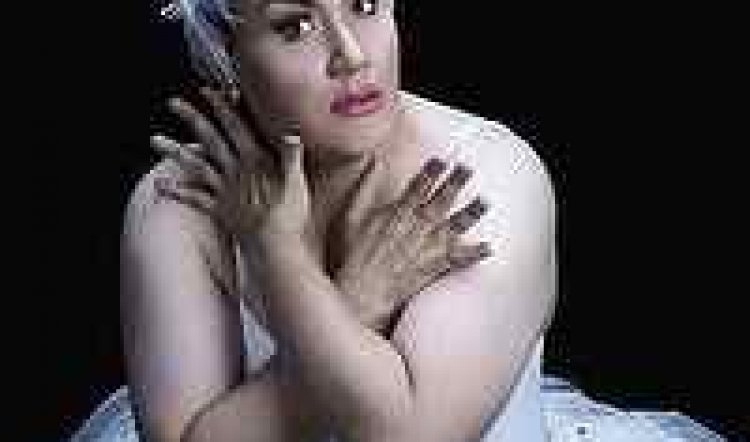 Fat Swan is a riotous load of nonsense, as befits (im)proper pantomime. From the first incarnation of the show in 2011, hunky Brendan Moar returns as the suave choreographer Vincent and the cast is completed by dynamo dancer-actor Danielle Barnes who morphs between bestie Lily - renamed for bad joke purposes Milla Kuntz - and drunken has-been Winona. The song and dance numbers (choreographer Cameron Mitchell) are an uproarious melange of styles and abilities that would have Balanchine and Fosse doing 32 fouettes in their graves. Designer James Browne and lighting designer Matthew Marshall conjure theatre, studio, bedroom and a creditable chandelier out of what little budget was left after allegedly paying Lemon's West End inflated salary. And director Garry Scale somehow makes sense and purpose where there might have been very little, and even finds nuance and moments of pathos in the otherwise ebullient and brilliant laugh machines, Trevor Ashley and Genevieve Lemon.

Fat Swan is too long and some of the gags should have been left in the Oxford Street gutter where they belong. Not for reasons of taste, but simply because they don't carry or translate beyond it. (Good taste or bad is not the point with pantomime.) If you love panto, parody, the ridiculous and the sublime, unselfconscious wonderful musical theatre talent and a story even battier than the original then you'll love Fat Swan. I left with aching face muscles - the sure sign that too much laughter is never enough.