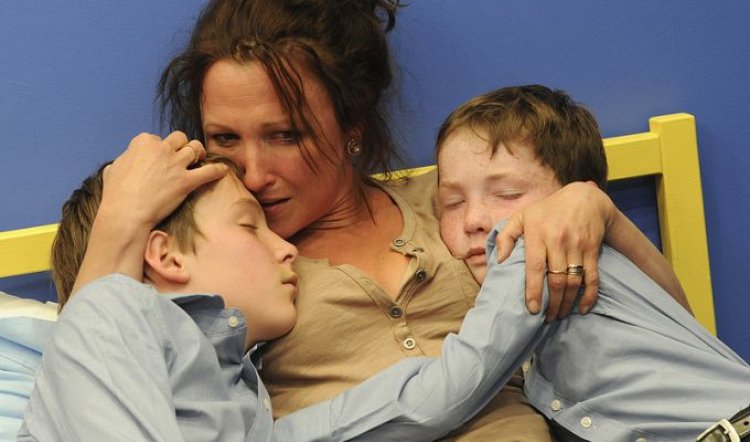 Director Anne-Louise Sarks dreamed up the idea of reinventing the Medea story by asking the perennial question "what if…?" And playwright Kate Mulvany has listened intently to the voices of the artists answering the many ways the question could be asked and, from what she's heard, has fashioned a most extraordinary play.

In simple terms, this Medea is to Euripides' play what Rosencrantz and Guildenstern Are Dead is to Hamlet. That is, in this play two minor characters are the foregrounded players, while everything that happened in the original play, while they were offstage and elsewhere, is what occurs offstage and by hearsay in this telling. It's such a simple idea - as Tom Stoppard realised - but a perilously difficult one to pull off, and in doing so Mulvany and Sarks have made themselves a triumph.

Elsewhere in the family home Medea and Jason are having a row. Their sons Jasper (Rory Potter) and his older brother Leon (Joseph Kelly) know this because they've been locked in their shared bedroom and told to keep quiet and play for an hour.

Like so many younger brothers, Jasper is a perky, teasy pest who loves to goad his brother but would be lost without him, especially after he's peed his pants. Leon is the long-suffering, almost-moody near-adolescent who nevertheless is kid enough to play with Jasper and also loving enough to care for the pesky little sod. It is a brilliant portrayal of boys and childhood. The boys' actions, language, thoughts, fears and preoccupations are sweetly, heartbreakingly pinpoint accurate. Mulvany has acute hearing and a big heart.

The boys soon discover their parents' maritals are not the usual gripes when Medea bursts into the bedroom consumed by rage and swallowing on convulsive, choking tears. She orders them to tidy their room, put away their toys; and tells them they will soon be going with Daddy to live with him and his New Friend at Her Mansion. As the newly-discarded spouse Blazey Best's late entry is electrifying and chilling in equal measure. Chilling because virtually everyone in the audience must know what is to come, electrifying because this is a fresh, true and logical insight into Medea's state of mind and motivation. 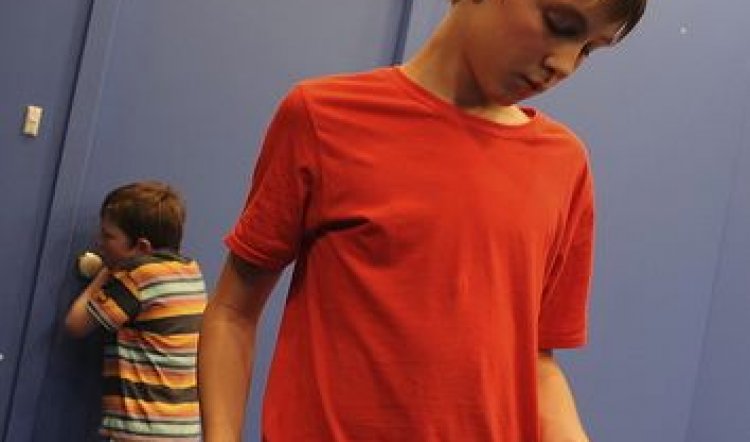 For long portrayed as merely a jealous, murderous monster who would rather kill her children than let them go, in this (dare I say) clear-eyed feminist re-viewing, Medea is a mother caught in a hideous trap. On the one hand, she has no autonomy - for a woman, the possibility of gaining custody of her boys is at least two millennia in the future. On the other hand, from the Ancient Greeks, through Shakespeare to the present day, no member of the ruling class would dream of permitting young male heirs to survive who were not of their blood. This Medea knows all that and in Mulvany's characterisation and Best's visceral, passionate yet restrained performance, it is agonisingly obvious.

At the same time, because the story is viewed from the boys' perspective, the light-hearted innocence and sheer fun of their day is captivating. At 12 and 13 respectively, Potter and Kelly are never off stage and their mastery of a rich and complex script - and their characters - is thrilling. Potter has a gift role as Jasper - all freckled Mickey Rooney vivacity and impish charm and he's captivating. Kelly is the straight man of the duo and thus has the harder row to hoe and he's a delightful revelation. Unless you've been hanging about ATYP recently, perhaps, in which case his performance might not be quite such a surprise.

Mel Page has designed a cheery sky blue interior (lighting Benjamin Cisterne) with all the knick-knacks of play and childhood - toy soldiers, guns, bows, drawing paper, felt pens, colourful doonas and goldfish in a bowl. And, as the snug Belvoir Downstairs lends itself to a comfortable boys' den, that it also happens to be their prison and ultimately their tomb is yet another heart wrench among many.

This new Medea is a series of rational reinventions. While all three performances are splendid, so is the play itself in that although its outcome is famously well known and inevitable, Sark and Mulvany's depiction of it makes it as calamitous and tragic and utterly sad as if it had been first written and performed yesterday. One of the best productions of 2012.