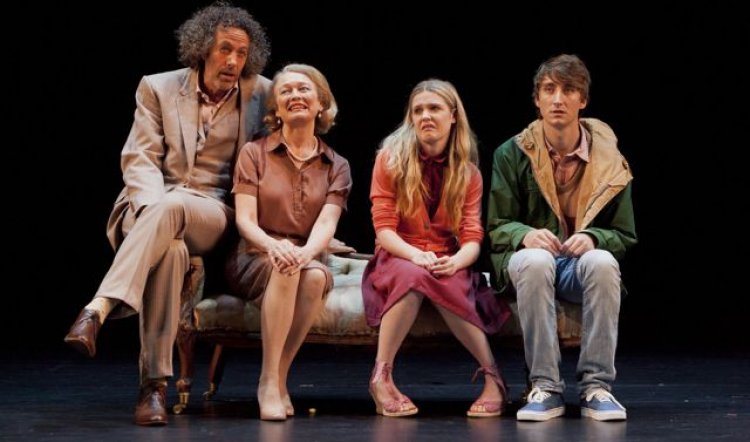 GEORGE BERNARD SHAW's Pygmalion is on the HSC syllabus this year which means many audiences of youngsters roughly the same age as his heroine, the Cockney flower girl Eliza Doolittle. It's an interesting choice, maybe perverse, because in these sex, romance and youth obsessed times, this is a play that's absolutely not about sex, romance or youth. To that extent, it's almost incomprehensible to a great chunk of 2012 society; particularly as many have grown up with or at least recently been introduced to the lavish musical version My Fair Lady, the musical version. Possibly now more famous than the original play, the Lerner and Loewe extravaganza (stage and film) couldn't be made until after Shaw's death because not only did he insist that the play's chief protagonists never become romantically entangled, but he also flatly refused to countenance songs.

Shaw was a funny bugger. His Fabian politics ruled his head and his writing and probably his heart too. As a Fabian he believed in socialism through education, rhetoric and example, rather than revolution. Yet, in Pygmalion he wrote a revolutionary play that was witty enough to be a popular box office hit with the conservative middle class – skewered without mercy as the genteel Mrs Eynsford Hill and her two offspring, Clara and Freddy. Shaw married fellow Fabian, Charlotte Payne-Townshend, when both were 40. It was a marriage of shared politics, idealism and intellect – not sex – and throughout their lives he had a series of affairs or passionate infatuations with married women. Most notably, in this context, was his relationship with the celebrated stage actress and married woman, Mrs Patrick Campbell, for whom he wrote the role of Eliza, among others.

That Pygmalion is about ideas, however, rather than romance, is possibly best illustrated by remembering that "Mrs Pat" was 47 when he wrote the play for her and 49 when she first uttered "Eeeooooooooooowwwwww!", the infamous squawk from the flower girl as she first claps eyes on Henry Higgins and his infernal notebook. Does this suggest that for Shaw, love was blind or that he was more concerned with what the play is about? The point is that, while it's tempting to think that the So You Think You Can Dance/Sing/Lose Weight/Model make-over shows are the nearest equivalent of Professor Higgins' remake of Eliza, it's not true. These shows share a vital ingredient that's present or implicit in them all and it's entirely absent in Pygmalion. It is, of course, sex and expressions of female sexuality – all lips, tits and pouty poses.

Consequently, the absence of this 21st century staple in Pygmalion is a real challenge for a director and cast. First of all then, even though she picked up Eliza's flower basket only after pregnancy kyboshed first choice Jessica Marais, the fortuitous casting of Andrea Demetriades is a winner. Although she's 28, she has the wide-eyed beauty and lightness of being that somehow signifies girlishness. At the same time, like Mrs Pat before her, she can act. Anyone who recalls Demetriades' Juliet for Bell Shakespeare Company in 2011 knows there's an intelligence and gravitas there that enables her to make a deceptively effortless journey and transition – such as the one Eliza must make. (Mrs Pat also played the teenage Juliet, by the way, when she was 30!)

The other members of the cast are equally good: Kym Gyngell is an unusually diffident Colonel Pickering. He's just the kind of gent who would spend his years in India doing esoteric things with the lingo and perhaps the flora and fauna, while carefully avoiding any expeditions to up the Khyber, or other sharp end destinations. It makes his kindly attitude towards Eliza more logical than the stock militaristic old buffer. He encourages benignly where Higgins bullies; he assists in the purchase of the wardrobe that her coming out in society requires (which never occurs to Higgins) and so on. He also makes a sharp contrast to Marco Chiappi as Henry Higgins.

Professor of linguistics Henry Higgins is the playwright's political and sociological mouthpiece in Pygmalion. And in many ways he's a more extreme rendering of Shaw himself. This is a man whose ruling passion is words – how they sound, who says them, when they're said, why they're said and how they're said. He can pick not just a person's origins but also the origins they might be trying to hide or even have forgotten. In the case of Mrs Eynsford Hill (Vanessa Downing) it means that her slide down the social scale via respectable poverty and widowhood is as clear in her vowels and fragile demeanour as the difference between Epsom and Ascot. It puts Freddy (Tom Stokes) and Clara (Harriet Dyer) in positions more invidious than Eliza knew when occupying her corner of Tottenham Court Road, because unlike her, they can't comprehend or cope. All three are simultaneously pathetic and funny.

Unlike Pickering, however, Chiappi's Higgins has precious little humanity – he is the scientist, the rationalist, the man for whom manners and emotions are ridiculous affectations of the class system. He lacks Shaw's humour in his dealings with Eliza (and everyone else but his formidable mother – Wendy Hughes looking remarkably like Dame Joan Sutherland in Lucrezia Borgia). But he makes up for this, somewhat, in a characterisation that owes a fair amount to Bill Nighy (the facial and bodily twitches) and Barry Otto (the rubbery joints and loose-limbed gait). A friend also suggested a hint of Johnny Depp's Jack Sparrow, but Chiappi nails the Shavian asexuality too well for that. 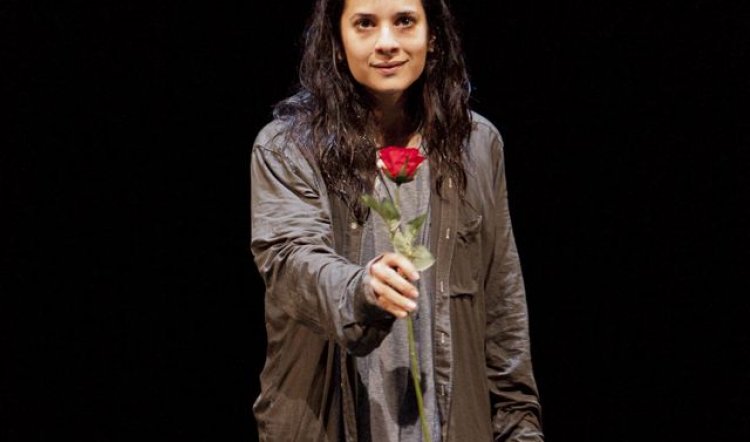 As the Higgins housekeeper, Mrs Pearce, Deborah Kennedy is splendid. Her descendant daughters are Sybil Fawlty and Mrs Slocombe. It's at once obvious, funny and sadly excruciating as her accent slithers up and down the social scale as befits a woman who knows her place but is living on the cusp of immense social change. Ironically, because of her employment in the Higgins household, she probably has more of an inkling than most that she can, must and probably will better herself (as did millions of women "in service" at the outbreak of WW1).

Within the play itself social change and the growing fluidity between classes is embodied by Eliza's awful father, Alfred Doolittle (David Woods). He's a dustman and probably the pettiest of crims. He's happy with his lot, especially when he thinks he might lift a few bob from the toff – Higgins – in return for his daughter. Not that he wants Eliza back, he simply sees her elevation to the status of doxie (he can't imagine it as anything else) as a way to make money. Unlike many upper and middle class social reformers, Shaw was as unsentimental about the working class as he was about their betters. He saw Doolittle as a man without scruples or kindness – because he couldn't afford them. Fine fatherly feelings were uncommon to rare in the slums of London. Nevertheless, in making Doolittle an unwitting philosopher, he enables a final joke to be played on him that turns his world on its head: Doolittle comes into money and all the accompanying responsibilities and worries of the middle class.

All of this is told with surprisingly sharp modernity by Shaw's play. Dramaturgy by Toby Schmitz mainly involved him in chipping away at the Edwardian specifics (he says) in a way that would be gradual and almost imperceptible and he's managed that. No self-conscious mod-English, but no period piece language either. Nevertheless, there's a problem with the language – its delivery anyway. This play is all about the words: it is essential that the audience be able to hear what's going on and hear it clearly. And in the Sydney Theatre that's notoriously difficult to achieve with some shows. In this instance, mounting the play on an empty stage, with the few bits of scenery and props wheeled in and out from the wings, is a virtual guarantee that words will be lost and garbled. And the actors are bodymiked!

Designing a text-reliant work into this theatre without flats to enclose the space and some kind of suspended ceiling to direct voices out and up into the auditorium is unforgivable and in this instance it's designer Robert Cousins and director Peter Evans who are not forgiven: both should know better. Apparently the decision to utilise the cavernous space in its entirety was made in order to "pare back" the play to its essentials, to avoid any distractions from the text. So – no Edwardian frou-frous, just a few bits of furniture and a few bits of audio-visual paraphernalia.

Doing this also heightens the clear division of theatre from real life and even "real" theatre, where the innards and machinery are obsessively hidden from view. It also works to intensify the already strong sense of detachment that's built in to the play. Shaw's insistence on refusing a conventional "happy ending" is an early instance of dramatic distanciation, whether or not he would have admitted it. Unfortunately, the bare stage – with actors scurrying ant-like and awkward to make their entrances and exits – and the audience's uncertain grasp on the text takes detachment a step too far. Disengagement is the next step and it's only because the company – and the exquisitely effective Demetriades in particular – hang on to our heart strings as fiercely as they do that the whole enterprise doesn't disappear down the plughole of indifference.

Nevertheless, Shaw did intend that this passionate polemic-as-entertainment be the start point for dispassionate consideration of his arguments and ideas. And this production does that, even if it's by default. It's entertaining, interesting and liable to provoke arguments – very Shavian.