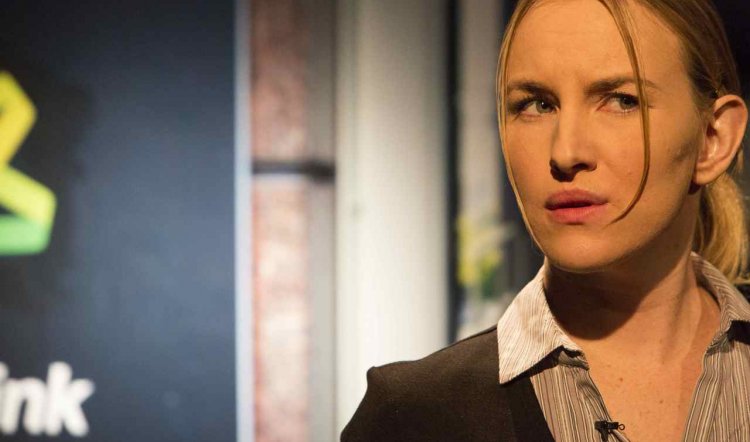 Melissa Bubnic has confected a satire about the un-satirisable in Beached. It's the story of Arty the world's fattest teenager and his simple quest for life beyond morbid obesity. It's not simple, of course, because he's also the subject of a reality TV show - Shocking Fat Stories. And if a show of that title were to blob up on a telly near you, it would not be out of place among all the other gross, cruel and profoundly unedifying productions that occupy so much screen time.

Relatively cheap to make and requiring minimal creative and talent input, "reality TV" is like an entertainment STD: embarrassing, unpleasant and very easily transmitted. Reality's birth mother was Sylvania Waters but it took a few years before it mutated and began its inexorable take-over of primetime with Big Brother. It was a show about nobodies, but a star inevitably emerged - Sarah-Marie Fedele. She didn't "win" yet more than a decade after her 15 minutes of fame she remains Big Brother's most memorable and popular participant. That was because, despite the show's best efforts to present her as the prize exhibit in the freak show, her humanity and charm persisted and that humanity was the eventual winner.

Arty (Blake Davis) is cast from the same mould, even though he weighs in at 400 kilos and hasn't left his bedroom couch in years. He is a mind and heart trapped in fat (a grotesquely oversized beanbag body that is indistinguishable from the couch). He is "cared for" by the doting Jojo (Gia Carides) whose chillingly murderous maternal love would be implausible if not so well-documented - from Freud onwards.

Shocking Fat Stories and its obnoxiously ambitious Producer (Arka Das) plan to make stars of Arty and Jojo, by documenting his quest to shed 50 kilos, undergo lap band surgery, then, through the assistance of his Pathways to Work social worker Louise (Kate Mulvany), he will achieve a normal life and a job in an office. Numbers of other characters flit in and out on the periphery - a bestselling diet book author, a food industry executive and so on - all played by the three who are not encased in blubber.

As well as the overt and comical attack on reality TV there is, inevitably, some accurately cruel fun had at the expense of the bogan-working class. The aspirations and pretensions of this favourite Australian target are encapsulated by the ferociously pushy yet ultimately pathetic Jojo. There are uncanny echoes of Strictly Ballroom's mean girl Liz Holt in Gia Carides' welcome return to the stage after more than a decade away. Her Jojo is a sadly monstrous figure whose lovingly proffered dishes of creme puffs are about her own loneliness and fear and little to do with maternal responsibility. 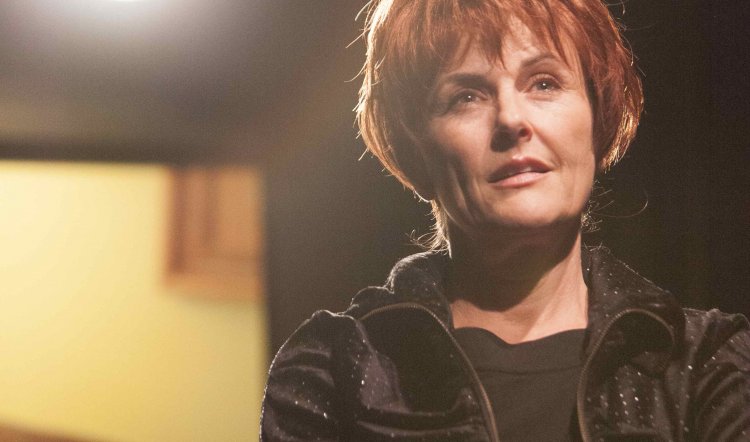 The most compelling figure, however, is the dowdy public servant Louise. Kate Mulvany is one of Australia's most extraordinary talents (as a writer and performer) and with director Shannon Murphy, she has created an unexpectedly rich and layered character. Initially a twitchy, gawky figure of fun, Louise is gradually revealed as a person who needs to lose as much of her protective disguise of shabby invisibility as Arty needs to lose fat. And her transformation is possibly even more profound, not least because it is finally revealed as all too human and imperfect.

Arka Das makes the most of the insufferable TV hotshot and is at the opposite end of the Aussie masculinity spectrum from Blake Davis's tenderly hopeful Arty. The two men are unobtrusively unselfish in their support of Carides and Mulvany.

That Arty's name is actually Arthur Arthur is one of the many flippancies in a script that tosses hideous statistics about obesity and the food industry into a tantalising mix of drama, comedy and pathos. Set in Arty's bedroom with its poignant Superman wallpaper (designer James Browne) the framing of TV studio industrial is a bit clunky but opens out via disembodied off-stage moments caught on camera. These cameras and screens (Verity Hampson and Steve Toulmin) constantly blur the lines between reality and "reality" and - like Steven Soderbergh's Tot Mom (STC 2010) - are a reminder of the corrosive and distorting effect of the lense and its manipulators.

Shannon Murphy and her fine cast have made something substantial and highly entertaining out of a confection that could so easily have been mere fairy floss. It could do with losing a little of its own weight (five to eight minutes, perhaps) and the tongue-in-cheek "Applause" moment is probably the real ending. Nevertheless, it's easy to see why Beached picked up the Patrick White Award and this production is as nourishing a night out as one could wish for. Health warning: you might never eat creme puffs or Tim Tams again.