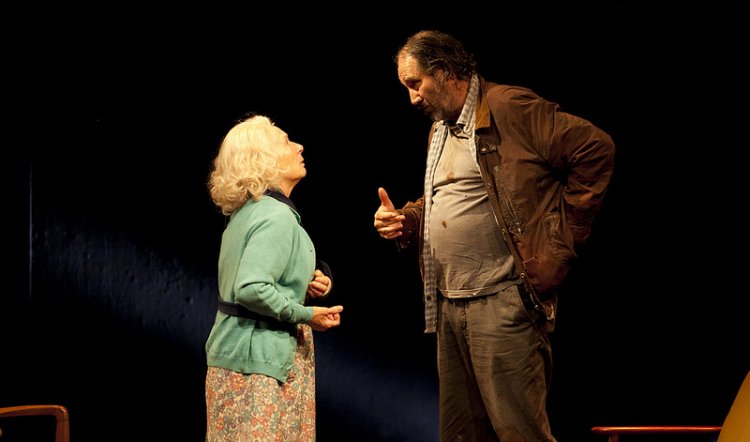 The entwined recent history of Australia and Great Britain being what it is, there's a long and egregious shared experience of child stealing. It's been explored in various ways on TV and onstage in, for instance, The Leaving of Liverpool, Parramatta Girls and Rabbit-Proof Fence. And now, Tom Holloway's Forget Me Not.

What all the above have in common in the stories of children in the hands of allegedly well-meaning authorities, is the lifelong misery inflicted on the kids and their grieving families. And it's not as if we can sit back and sigh with relief that it was all long ago and far away and things are far, far better now. The victims of the various policies of removing children from - usually - their mothers are among us and still suffering the consequences.

Co-commissioned by the Liverpool Everyman and Belvoir, this latest exploration of a very particular kind of human suffering focuses on one man, Gerry (Colin Moody). He's reached 60 but the wreckage that is his life and his own family (long-suffering adult daughter Sally, Mandy McElhinney) means he is barely alive in any real sense. Thanks to being taken away from his mother at the age of three, in Liverpool, and sent to Australia "for a better life", Gerry is permanently in a state of pain and bewilderment and profound anger.

When a nice man from the Child Migrant Trust (a restrained yet effective Oscar Redding) shows up with news that Gerry's mother, long thought dead or indifferent, is alive but not well in Liverpool, the consequences are cataclysmic if ultimately cathartic.

In alternate or switching timelines, we're given two possibilities for Gerry's journey to Liverpool, one ostensibly happier than the other, but both have the effect of stripping the skin from his aching body and wrenching his sore heart from its moorings. He meets Mary (Eileen O'Brien, the visiting genius from the UK) in her home of 60-some years and the instant disconnect between them is so logical and tragic it's hard to bear. She is so happy to see him; she is full of memories and love for the little boy lost. He is so confused and frightened, he is full of doubt and is quite unable to recognise or feel love. The auditorium almost trembles at the meeting of these two ill-matched forces.

Colin Moody seems to go from strength to strength with each role he takes on and Gerry is no exception. He is physically a big man and can depict menace with the shrug of a shoulder but here, he is also a small and broken-hearted boy. The slump of those same shoulders and his diffidence and anxiety ("tell me where to sit") are heartrending. 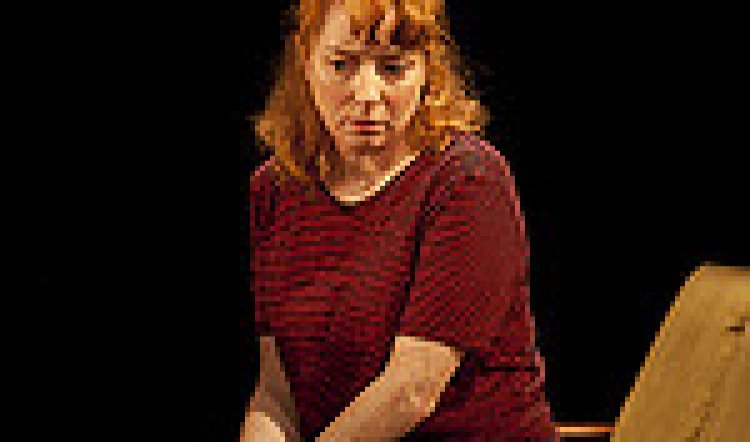 Mary - so overjoyed to see him - gabbles and jokes and plies him with cups of tea and memories. Gerry, totally unused to such lightness of being and loving kindness, retreats in horror. The scenes between these two are at once wonderful and searingly sad.

Sally also uses the cup of tea as a salve or a distraction - many are made and shared, mainly to no avail. The intelligent and soulful McElhinney is under-utilised in many instance, but in Forget Me Not she is able to stretch out and fill in the colours and aching void of the exasperated yet miraculously loving daughter.

Between them all a simple hug assumes massive significance as the need for the gesture - and the impossibility of giving or receiving it - flare in the charged atmosphere of Gerry's lack and longing like emotional shooting stars.

Director Anthea Williams and designer Dan Potra keep the small, everyday dimensions of the action painfully tight on a raised, revolving stagelet. It serves as Mary's Liverpool parlour and Sally's Australian living room by turning it, rather than moving furniture. In the otherwise dark void of the Belvoir space the warmly lit room assumes the twin purposes of trap and refuge (lighting Matthew Marshall).

Forget Me Not is a rich, all too human and all too true story. Many in the audience are weeping and scrabbling for tissues by the end which is both redemptive and realistically sad. The performances and production are tremendous, Colin Moody literally towers over it, but Eileen O'Brien is a rare and wonderful stage spirit and not overshadowed by him. Great stuff.