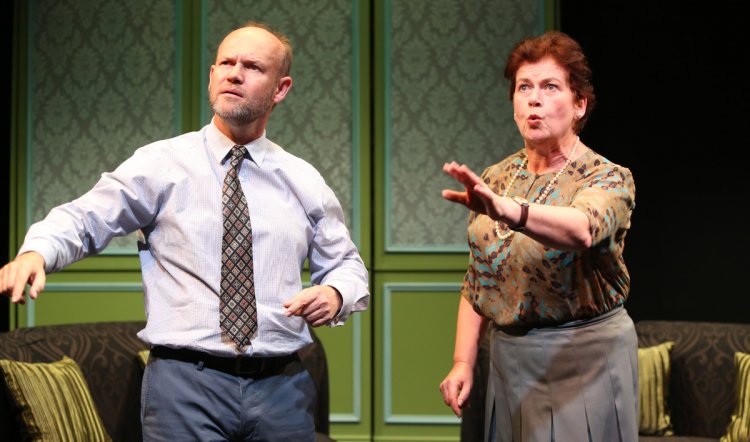 It's hard to get away from the numbers when talking about Alan Ayckbourn. Now 74, he has only recently (2009) retired from the artistic directorship of the Stephen Joseph Theatre in Scarborough where he has staged the premiere productions of his own plays - 77 including this, the latest - for more than 50 years. Astonishing by any measure, but when the work is is as good as Neighbourhood Watch it defies comparison and ordinary responses.

First produced - in his Yorkshire theatre - in 2011, Neighbourhood Watch proved that Ayckbourn was as tuned in as ever to the zeitgeist. Just weeks after audiences chortled at the absurd idea of nice middle class folk holed up in fortress communities being set upon by screeching hoodies, it happened. Suddenly, freewheeling riots and shocking mayhem filled TV screens around the world as Britons experienced anarchy in the UK on a scale not seen since the industrial and social strife of the 1970s...

The genesis of that kind of behaviour - and the underlying social malaise that can produce it - are to be found in the bilious green lounge room of the latest residents of Bluebell Hill - dull, diffident bachelor Martin (Brian Meegan) and his lemon-lipped, spinster sister Hilda (Fiona Press). They are a prickly pair of earnest Christians who are proud of "the vista" from their picture window despite the distant evidence of the unhappy sink estate in the valley below - slyly named Mount Joy. (A sink being the place where the dregs are dumped, for those not familiar with domestic niceties.)

A chance encounter with one of the youthful ferals sets off a chain of events that will end in disaster, but not before some penetrating exploration of how the best intentions can go horribly awry and also how any kind of power can corrupt any kind of person. And the more unlikely and meek the person is in the beginning, their eventual monstrosity will be in direct contrast.

HIlda and Martin decide a committee is required and neighbours are invited. The turn-out is pitiful but they are undaunted, after all, it's so much easier to get things done when there are few to object and even fewer to consult. It is, of course, the recipe for unwitting totalitarianism and just because Ayckbourn makes it acidly comical, the outcome is the same.

The committee throws up some wayward but wildly plausible loonies. Gareth (Jamie Oxenbould) is too interested for anyone's good in historically accurate reconstructions of civic artefacts such as the stocks he lovingly crafts for the ornamental roundabout in the middle of Bluebell Hill. His exasperation is hilarious as he demonstrates, to a meeting of bemused neighbours, the difference between stocks and pillory. Yet the scene is also chilling in what it reveals about the medieval intention of the pillory. Whispers of "did you know that?" went around the interval throng like shivers. 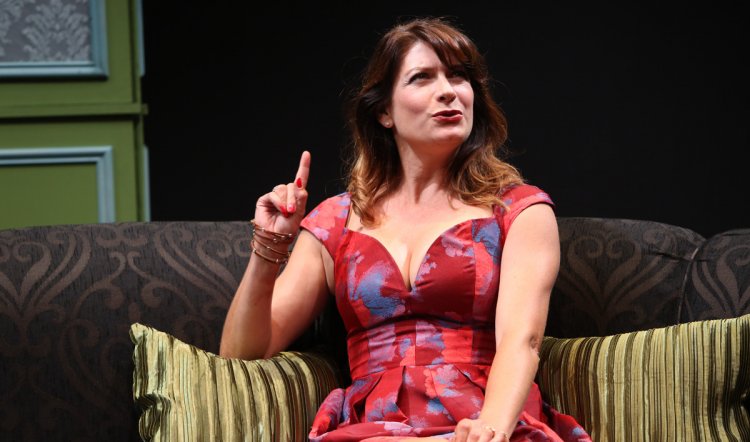 Rod (Bill Young) is an affable chap with decades of manly experience in security and the army, he's also cloaked in paranoia, while the fluttery Dorothy (Gillian Axtell) is the dutiful attendee that every committee needs. Amy (Olivia Pigeot) is a vividly promiscuous and bored housewife whose demeanour is at the opposite end of the spectrum from the pitiful Amy (Lizzie Mitchell), a terrified young woman who dismisses her extensive bruises as "nothing really". One encounter with her electrifyingly angry husband Luther (Douglas Hansell) tells another story.

The outcome of absolute power corrupting absolutely is never in doubt: the play opens with the conclusion and unravels inexorably from that point on. It's an indicator of Ayckbourn's mastery of his craft that the two hours and 20 minutes - including interval - never flag and are without unnecessary verbiage or extraneous characters. In a neat move that would make Chekhov smile he introduces two items at the very beginning - a garden gnome and a statue of Jesus - that are seemingly incongruous and meaningless. However, like the gun hanging on the wall in the first act that is fired in the second, they end up being critical to the action and the comedy. Consequently, Neighbourhood Watch is also a truthful and cautionary tale - it's not possible to be reassured by the thought that it's English and "over there". More like - there but for the grace of [insert deity of your choice] go us.

The Ensemble's associate director Anna Crawford has done an excellent job with her cast in grounding the characters and the demanding text without a hint of caricature or uncertainty. Each knows who he or she is and why they are - not always evident on a stage - and there's not a weak link in the troupe. They don't play for laughs so there are often moments when realisation strikes a second later and guffaws break out around the theatre in ripples of appreciation. First among equals, however, is Fiona Press whose pious self control and implacable niceness make Hyacinth Bucket and Sybil Fawlty look quite harmless. It's a nuanced and intelligent performance, partnered all the way by Brian Meegan who, like Press, has turned the malevolence of niceness into an artform in this play.

Dialect coach Nick Curnow must also be mentioned: the English voices are impeccable and unselfconscious.

Alan Ayckbourn was for long dismissed as West End fluff, but that under-estimation was found out long ago. Neighbourhood Watch is dark, comical, disturbing, sharply satirical and deserving of success and an appreciative audience. With this production the Ensemble ends 2013 and begins 2014 on a dramatically satisfying high with a twist in the tale that underlines how dangerous religion really is; and that "no sex please, we're British" was always a joke.