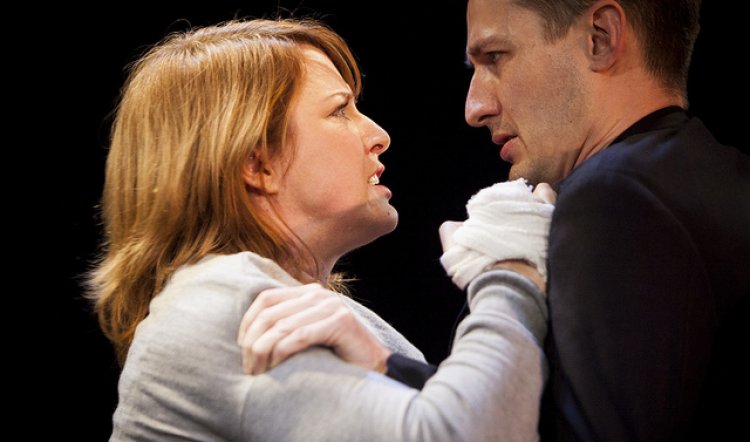 "Due to popular demand" Kit Brookman's exquisite play on modern love and Ancient Greece is now filling the downstairs theatre until November 3 - and I've managed to catch up with it. I'm very glad I did.

While, at first glance, Brookman has done the fashionable thing and remodelled the myth of Orestes and the House of Atreus, the crucial thing is that as well as Orestes, Pylades, Electra and Clytaemnestra there is also Jim. Workboot-wearing, gardening-mad hubby of Electra, Jim (Paul Gleeson) is the decent, patient, uncomprehending yet loving anchor of the imaginary world to the everyday of suburban Australia. Jim (and his mowing service?!) is a masterstroke in this new play.

Staged in their backyard - of wilting turf and sad yet determined annuals - (set Mel Page, lighting Verity Hampson) Electra and Jim play host to the unexpected return from overseas of her brother Orestes. Their estranged father, a high-up military man whose last posting was Afghanistan, has died and his son is charged with the funeral arrangements.

Brookman wrote Small and Tired for Luke Mullins (Orestes) and it's an extraordinary tribute to the man, who also happens to be his partner. From his first entrance and meeting - post-funeral, in a bar - with Pylades (Tom Conroy) Mullins effortlessly demonstrates why he is one of the finest actors we have. Every gesture, every move, every tiny expression - all are delicately calibrated and instinctively, intelligently right in conveying Orestes' emotional turmoil and pain.

It's not a one man show, by any means, however. Conroy fluently accompanies Mullins in some beautiful duets of words and movement (Brookman also directs the play). As Electra, Susan Prior crackles and sparks as dangerously as her name suggests - touch her and be shocked and burned. And in a series of short but telling scenes as the classic demon mother, Sandy Gore as Clytaemnestra is quietly powerful and as tragic as only that figure can be. 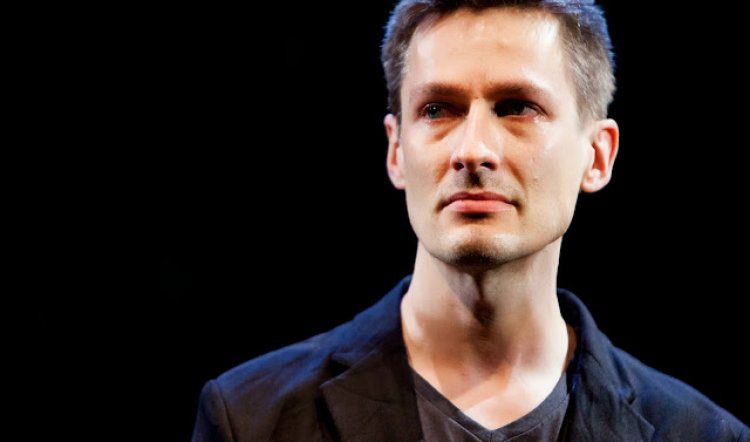 It's noteworthy too that designer Mel Page has also given Prior some truly oppressive, ugly and uncomfortable suburban dresses that shriek of her discomfort and unhappiness and other, really well thought out clothes for the rest of the cast.

At an hour and 20 minutes, Small and Tired is neither small nor tired in its reach, imagination and achievement. As a work inspired by the classics it's neither derivative, slavish nor does it simply plagiarise - as is the case with so many "afters". And as a tribute-gift to a loved and admired actor it honours and enhances the talent and the person. (This doesn't always happen, think only of the psychological cruelty of The Misfits, Arthur Miller's "gift" to his then wife Marilyn Monroe and the perhaps unconscious motivations are only too obvious.)

Rather, Small and Tired riffs on the ancient story. It tenderly dissects the impossible distances and closeness of love and loving in families and the wider world. While the cast and creatives make a dazzling team and give us an enthralling glimpse into ourselves and a loose history of human aspiration, it's through Kit Brookman that they achieve it. He's done something special with this play and the production: savour if you can.