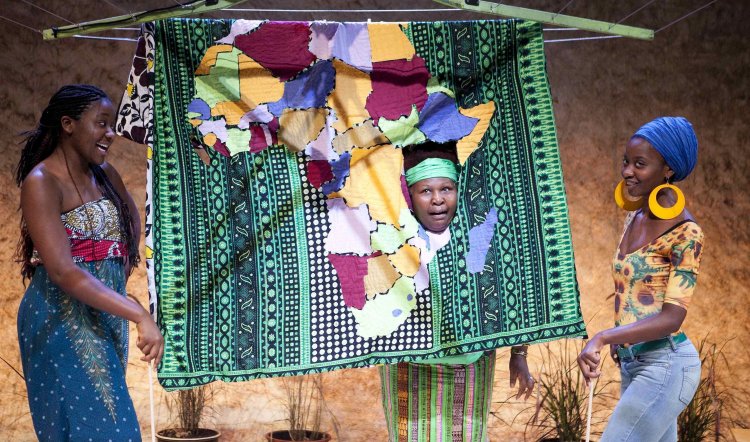 The subtitle on the program for this most remarkable theatre work is informative but also the tiniest tip of the iceberg: "Written by Ros Horin in collaboration with Yarrie Bangura, Aminata Conteh-Biger, Yordanos Haile-Michael and Rosemary Kariuki-Fyfe; on whose lives it is based."

What it doesn't reveal is that the "collaboration" took place over three long years of exploration, talking, more talking, trust-building, pain, more pain, sorrow, more sorrow and much music and laughter. The end result is an hour and 40 minutes of joyous entertainment that are not only politically and socially important but also, will stick in your mind and heart long after you've left the theatre.

In one sense the show is simple: revealing in straightforward story-telling the journeys through hell and misery that brought the four women to Australia. In every other way, Baulkham Hills African Ladies Troupe is sophisticated, well-crafted, intensely theatrical, honest and true. Ros Horin has shepherded her non-professional stars (and many others along the way) through the harrowing process of reliving young lives that were blighted by civil war, rape, abuse, violence and torture - horrors beyond the imagining of most moaning minnies in The Lucky Country.

The four are joined by dancer-actors Nancy Denis, Tariro Mavondo, Eden Dessaleghn, Lisa Viola and Effie Nkrumah who share the psychic burden of retelling and also fill the stage with the various exuberances of dance and music that make up the cultures and customs of the parts of Africa from which they come: Kenya, Eritrea, Sierra Leone, Ghana, Ethiopia, Mali, Burundi, South Africa and Cote d'Ivoire among the nations represented.

As well as the personal stories there is huge fun and learning to be had - an African quiz (how many nations occupy the continent - anyone?), food, beauty salon and the ribaldry of women together. While never losing sight of the suffering that brought them to Australia, the women neither dwell on it nor wallow in self-pity; rather their joy and gratitude in being alive and living in a peaceful country are paramount. The dignity and humour are breathtaking and inspiring and Aminata Doumbia's singing is just gorgeous. 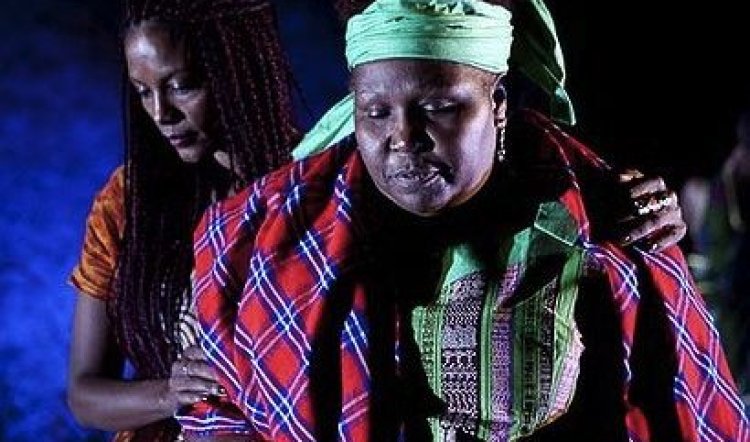 The production itself is excellent with a witty design by Dan Potra of a vast woven African back cloth that also makes the floor space with a Hill's Hoist hung from above on which various things are hung and strung and illuminated in more way than one by Nick Rayment's lighting. Basil Hogios and Steve Toulmin bring their skills to the sound and music along with Mic Gruchy's video design.

Thanks to the support of Riverside the show has achieved its first (sold out season). It will move to Downstairs Belvoir in a couple of months, although why it's downstairs and not in the big theatre is a mystery. What's also a mystery is why it's not booked for the Sydney Festival and every other arts festival that fancies itself as a cultural leader. The Baulkham Hills African Ladies Troupe is a perfect festival show for all kinds of reasons, not least is its sheer entertainment value packed tight into a political powerhouse.

At a time when our politicians make shameful capital of "illegals" and when cuts to foreign aid and Australia's peace-keeping capabilities are in the air for no good reason other than partisan expediency, this show tells us about the humanity behind such evil nonsense and also how our own humanity is enhanced by generosity and compassion.

The teenage audience in which I was privileged to sit for the show was rapt - many crying as well as laughing and all leaving the theatre with a new sense of themselves and the country we're all lucky enough to call home. Everyone needs to spend time with these women - it'll do you the power of good.