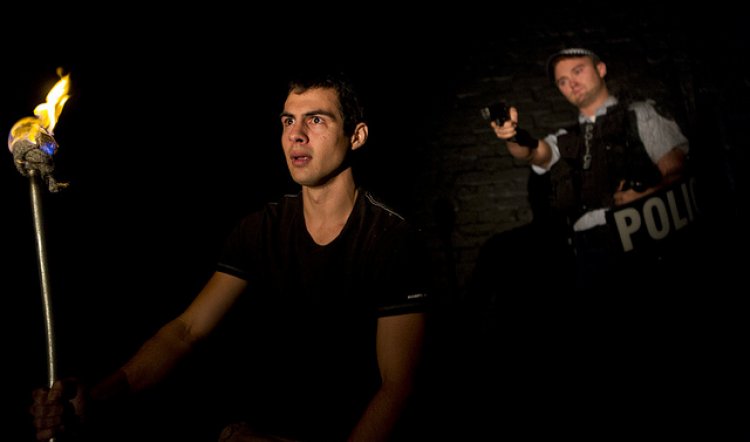 Elie Wiesel, Holocaust survivor, Nobel Peace Prize winner and author of many novels relating to his experiences, once said, "There may be times when we are powerless to prevent injustice, but there must never be a time when we fail to protest." It's precisely the same impetus that lies behind this debut play by recent junior resident at Belvoir, Nakkiah Lui.

The irony of the play's title is potent: the everyday of a western Sydney Aboriginal community would be most people's idea of just the opposite of this or any other heaven. But you could be wrong, of course. For a family where mum works at the police station as Aboriginal Liaison Officer, dad is a respected and hardworking local figure and their daughter is on track to complete her law degree any minute, home and their place in society are pretty okay; life is good.

When the unthinkable happens, however, all of that is turned upside down and their security is revealed as illusory and their sense of place and belonging just as superficial. Most significantly, they are suddenly faced with naming the chasm that separates the law and justice - injustice.

Director Lee Lewis gives this passionately angry and youthful play a lot of air; cooling its occasional excesses with a clarity injected through the placement and movement of the actors - at the extremes of the Downstairs space. The effect is to highlight the drama and tragedy while also foregrounding the ideas and questions raised - transcending simple polemic and leaving the audience with much more.

In the Australian context the story is ostensibly a simple one: Robert Gordon, an Aboriginal man, is involved in a car accident, he is taken into custody and dies. The police say the injuries sustained were as a result of the car smash; his family knows he was not suffering those injuries when incarcerated. There is a witness to the accident: Gordon's teenage son Ducky (Travis Cardona). But Ducky is blind and therefore, in law, an unreliable witness, never mind that his sensory abilities - hearing, smell and feeling - are sharper than most others' eyes.

The almost-qualified Sissy (Jada Alberts) puts her faith in the system of which she is a hard-working part and her trust in the family lawyer, James, (Eden Falk). When the verdict goes against them and the family is offered $9000 compensation, the carefully nurtured edifice of aspirational Australia begins to quickly collapse. Joan (Tessa Rose), the nice middle-class mum and esteemed public servant, teeters on the brink as her world and family disintegrate. 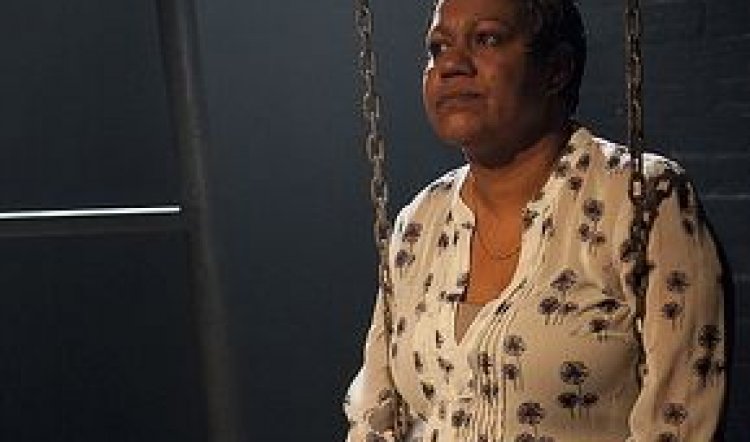 The social abyss is starkly represented in the setting (Sophie Fletcher with Alice Babidge, lighting by Luis Pampolha) of charcoal-coloured walls and stage on which stands a rackety old galvanised iron swing frame of the kind that used to be considered good enough for playgrounds in the poorer parts.

On his side of the divide is Ryan (Joshua Anderson), an ordinary young bloke whose career choices - cop or personal trainer - were a no-brainer. What happens to him, in the course of events that lead to Robert Gordon's death and the subsequent riots are a poignant illustration of how fate can muck up the best of intentions; and also those which were neither good nor bad but merely thoughtless.

This Heaven is a powerful piece of writing brought to life by three-dimensional and very moving performances from all the cast. Although its focus is on a Sydney Aboriginal family, it's also universal. It's a harbinger of things to come if we continue to be complacent and to allow the social divide and the growing underclass (of all races) to grow until it undermines anything good. This is both a warning and a portrait of what lies ahead - if we don't wake up to ourselves ("ourselves" being the well meaning, mainly white, mainly comfortable, mainly middle class Belvoir audience and beyond).