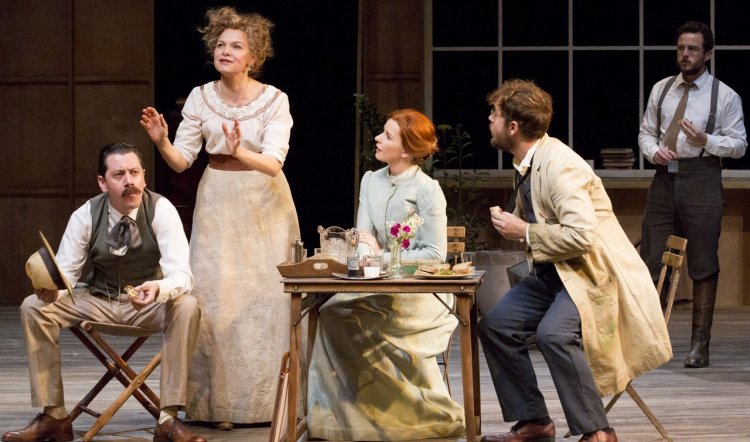 CHILDREN OF THE SUN

Ideas jostle and compete for attention in Andrew Upton’s adaption of Children of the Sun.

Ideas about the future of the privileged middle class and the importance of science in facing down ignorance and superstition, and ideas which are just as pertinent now as they were in 1862, during the devastating Russian cholera epidemic in which the play is set.

Playwright Maxim Gorky was a political activist as well as a writer, and the play was written while he was imprisoned in St Petersburg for his role in the failed 1905 revolution.

By all accounts, it was a time when he was intensely frustrated by the lack of ideology and political clarity among his Bolshevik colleagues, and here we meet a bourgeois circle of family and friends who are blithely unaware their privileged way of life is coming to an end.

At the centre of the circle is Protasov (Toby Truslove), a genteel scientist convinced he is on the edge of a life-changing discovery, yet too obsessed with his work to notice his disintegrating marriage to Yelena (Justine Clarke), or the waves of unrest and discontent that are building outside the walls of his dilapidated country house (set by David Fleischer). At the other end of the spectrum is his sister Liza (Jacqueline McKenzie): sensitive, complex, suffering from a nervous condition and only too aware of the trouble that’s brewing. 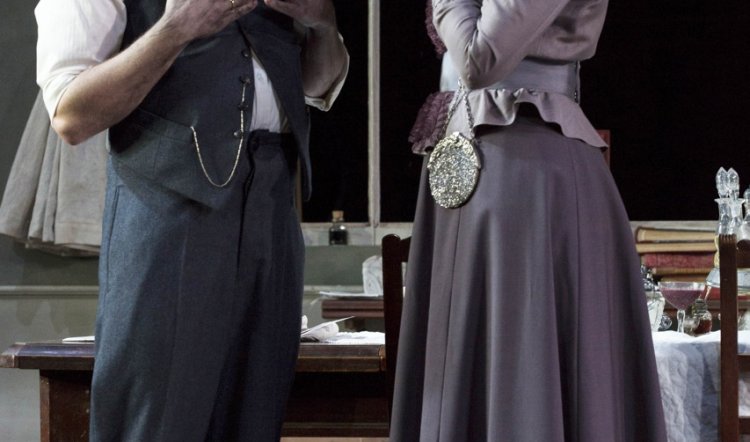 Upton was originally commissioned by the National Theatre of Great Britain to adapt Children of the Sun, and it opened in London last year. Now with director Kip Williams, he has distilled the cast from 20 to a more manageable 12, who bring the terrific adaption and Upton's contemporary language into sharp relief.

The cast is exceptional: Justine Clarke is excellent as the frustrated Yelena, who finds artistic tutelage and the attention she craves with the artist Vageen (Hamish Michael).  Helen Thomson provides most of the comedy as Melaniya, a wealthy widow searching to be a part of something, and finds it in the adoration of the oblivious Protasov, played with distracted charm by Toby Truslove. As Protasov’s long-suffering employees, Valerie Bader stands out as the no-nonsense Nanny, as does Yure Covich as the surly handyman Yegor.

But it’s Jacqueline McKenzie who shines brightest as the fragile Liza, the only one who can see the change that’s coming at them like a fiery and relentless freight train. By the time the oblivious Protasov looks up from his test tubes and Bunsen burners, it’s already too late.