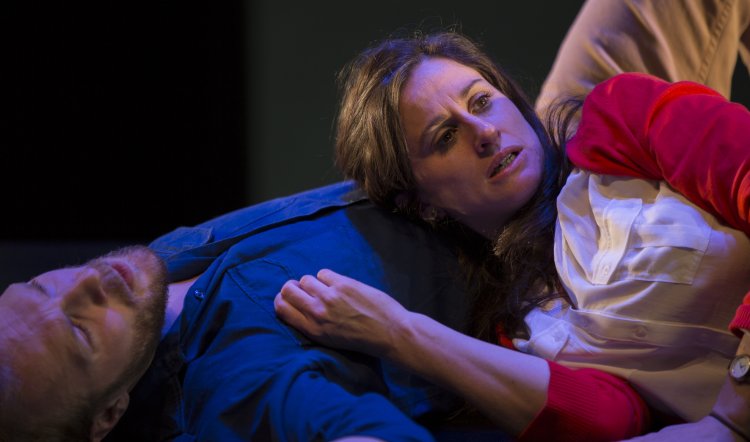 Nick Payne won the Evening Standard award for Best New Play in 2012 after the premiere run of Constellations at the Royal Court (it later transferred to the West End). And in Anthony Skuse’s exquisitely wrought production for Darlinghurst, it’s easy to see why. First of all, it really is a remarkable play and would be even if the author were not, at the time of writing, a 29-year-old wunderkind.

Constellations runs for under 90 minutes yet is packed with ideas, ambition, laughter, tears and intelligence. It’s about quantum physics and bee-keeping and how these two apparently irreconcilable occupations can coincide and collide, or continue to orbit and never meet; or meet only in passing and occasionally…

It’s also about love and death and the whole damn thing with laid-back apiarist Roland (Sam O’Sullivan) falling for high-wired physicist Marianne (Emma Palmer). Or maybe not. At one point, early on, Marianne explains to Roland the idea of the multiverse - rather than the universe - and that “every choice, every decision you've ever and never made exists in an unimaginably vast ensemble of parallel universes”. It’s an appealing thought and as the two play out versions of this, the concepts of chance and coincidence also come into play.

Bit by bit, fragment by fragment, Roland and Marianne orbit and intersect and on each swing by, something has changed through time and space and - often hilariously - by attitude and misunderstanding. So it begins with their meeting at a party and all the ways it could go. They progress - if that’s the word - into a relationship and subsequent double-dealing and then to consequences both final and powerfully touching. And throughout, the possibilities of change, chance and random acts of cruelty and kindness are played out. 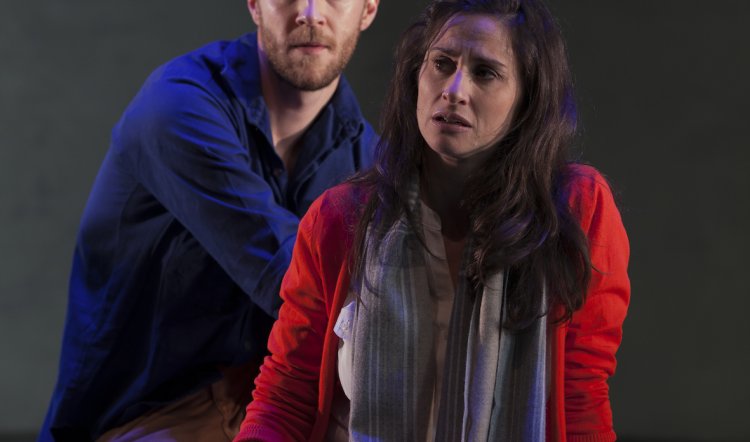 Emma Palmer is magnificent across all the facets and possibilities given to her by the playwright; and in support and as a foil, Sam O’Sullivan is equal to her virtuoso performance. Production designer Gez Xavier Mansfield has opened the Eternity space to it fullest, barest extent and in conjunction with a lighting design by Sarah Swersky that focuses attention on the two actors but it nevertheless static and unobtrusive, the play and its playing are given all the oxygen such a rarified thing needs and deserves. The other element of the creative team is voice and dialect coach Linda Nicholls-Gidley - the nondescript English accents are the most difficult to achieve and sustain for a non-nondescript English speaker and Palmer speaks it like a native.

Constellations is an exhilarating, clever play, but it’s also simply about human beings and the crucial role of love and laughter in our lives. And it’s also a playful and profound riff on chance and other fine things. It’s hard to imagine not being absorbed, amused, moved and thoroughly entertained by this production.