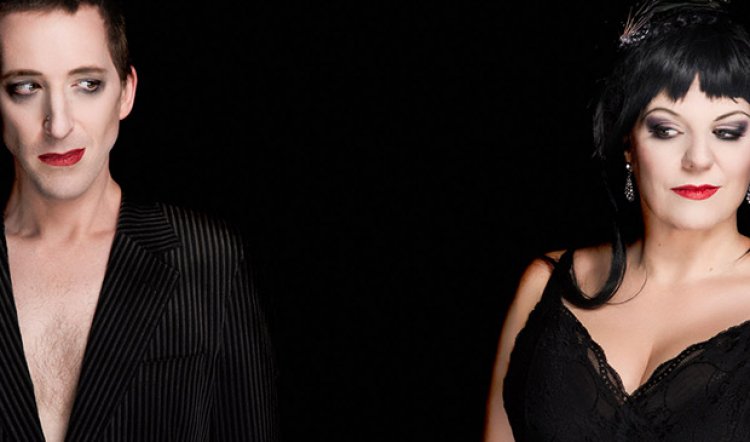 Strange Bedfellows, The Vanguard, Newtown, December 16 and 17 - both sold out, returning January 3 and 4, 2015; Melbourne and Brisbane dates to follow, check www.thestrangebedfellows.com.au for details.

Jacqui Dark and Kanen Breen have been two of Opera Australia’s most popular, as well as most versatile and thrilling employees of the past decade with more awards between them than is polite. Recently the company moved to “more flexible employment arrangements” which translated as “on yer bike” for a number of top performers, Dark and Breen among them.

The silver lining to this particular cloud is the impetus for these two uniquely bold and quirky performers to get off their operatic arses and try something new. Strange Bedfellows had its first outing as a ten minute entry at Short and Sweet Cabaret festival at New Theatre at the beginning of 2014. They didn’t win but made a huge splash and it was obvious that the baby had legs.

Now a fully-fledged show with shape, texture and an interval, all in all it’s a dazzling cabaret dreamed up by the pair with Sarah Carradine directing and Daryl Wallis as musical director and on-stage keyboard player.

Semi-autobiographical on the one hand and an unlikely but fortuitous collection of songs on the other, Strange Bedfellows is possibly the first ever show to feature a heartfelt ballad about IVF with embryos named, among other famous monikers, Mork and Mindy (Mork returned to Ork - that pregnancy didn’t take). 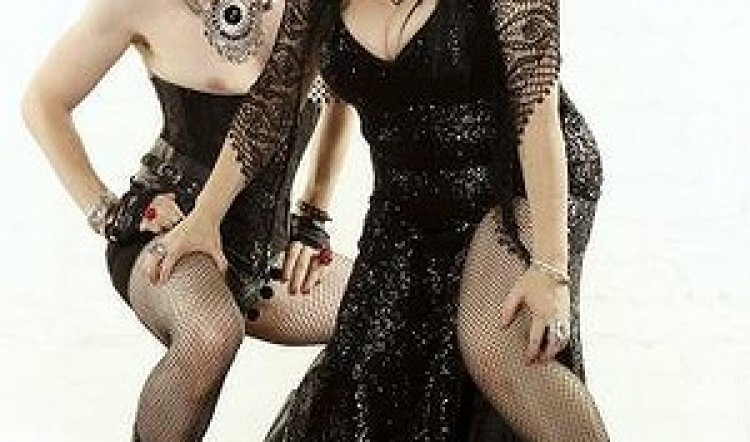 It also takes Peggy Lee’s Is That All There Is? and transforms it into a bittersweet hymn to a boy’s painfully funny coming out. Well, it is funny and painful when related by Kanen Breen, that is. Both performers are unusual in that as well as being among the country’s finest opera singers - Dark’s Herodias was chillingly memorable and Breen has pretty much cornered the market in comedic tenor roles - they can truly sing cabaret, rock ’n’ roll and mix it up in ways very few opera singers can credibly manage.

The show is salacious, bodacious, by turns hilarious and touching and its songbook stars strange bedfellows such as Amanda Palmer, Kurt Weill, Jake the Peg and Jacques Brel; there’s also one of the more unexpected appearances by a tampon and costumes that are by turns sexy and silly.

If you’re easily exercised by “language” and adult themes, Strange Bedfellows may offend; for everyone else, it’s a gas and an eye-opening thrill to see two fabulous talents taking off on a whole new trajectory. Catch them if you can.