THE VIOLENT OUTBURST THAT DREW ME TO YOU

The Violent Outburst That Drew Me To You, Siren Theatre Co and Griffin Independent, in association with InPlay Arts, Griffin Theatre, 18 June - 12 July. Photography: Heidrun Lohr

There is something so whimsical and fun about The Violent Outburst That Drew Me To You that at times you don't want it to end. It's a good thing too because the subject matter is serious - the serious matter of growing up, being a teenager and figuring out who you are - while at the same time thinking everyone else is a dickhead.

It would been easy for a piece like this to descend into introspective, earnest drivel - that's not to say it's badly written - it isn't. Instead Finegan Kruckemeyer's script is a delightfully funny and poignant look at Connor (Michael Cutrupi) as he tries to find his way from being a boy to a man. The rest of the cast (Renee Heys, Natalia Ladyko, Anthony Weir and Emily Ayoub) effortlessly transition between playing multiple characters.

Jasmine Christie's design is very clever and evokes the childlike, fantastical mood that supports the overall production. Daryl Wallis' music and sound is also wonderful and really provides the vehicle for some very funny moments. 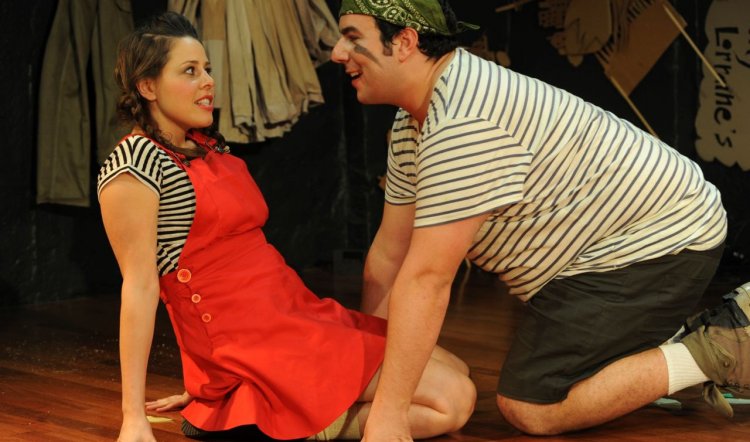 At 70 minutes, this play is a pocket rocket of fun, pathos and playfullness that will leave you smiling and thinking about your own "wonder years".

The Violent Outburst That Drew Me To You will certainly draw a crowd - as it should!