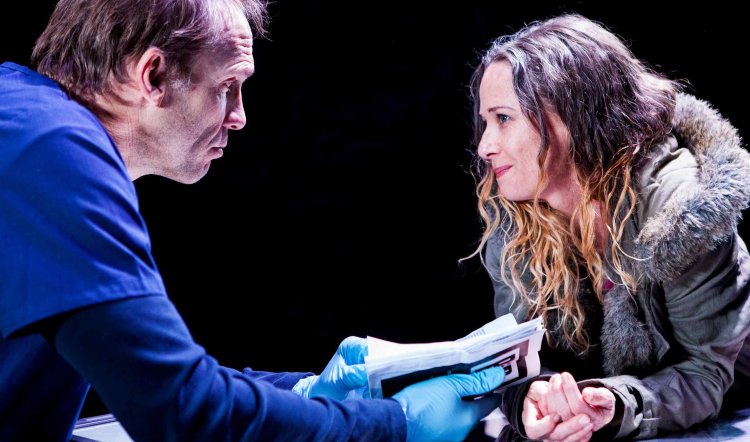 An ugly mug is the unacceptable face of the mug punter. Both are customers of the street sex workers of, in this case St Kilda, but would be familiar on the dark corners of any major city or town around the world. The mug punter is the ordinary john (another term of endearment for the blokes who hand over the cash), while the ugly mug can be violent, kinky, repulsive and - in the main - to be avoided unless one is utterly desperate for a dollar. Unfortunately, at the lower end of the sex industry, the women can be desperate…

As well as something as mundane as cold weather and slow trade, a drug habit, advancing age, financial responsibilities (kids for instance) are some of the factors that might force a woman to accept a client no sane person would countenance. And sometimes, of course, a woman might simply be unlucky, unwise or careless. The result can be the ghastly attacks and murders that make the papers and cause polite society to “tut tut” before things go back to abnormal once more.

That's the back story - for the innocents among us anyway. So...

Well known Melbourne actress-playwright Peta Brady has also been, for the past 15 years, a drug and safety outreach worker among the street women of St Kilda. And from that experience she has devised a work that is at once sharp, shocking, tough and poetic. In director Marion Potts’ Malthouse co-production, she also plays the lead and that performance is also sharp, shocking, tough and poetic.

Named only as “Working Girl”, Brady’s sardonic and sassy sex worker is dead before the play begins: wheeled in on a mortuary gurney by a forensic investigator, Doc (Steve Le Marquand). She is no silent witness however: he’s barely begun to catalogue her clothing, visible marks and injuries when she suddenly sits up and claims a central role in the story and investigation of her own murder.

It’s a confronting yet funny and effective thing to do and Brady’s writing is sufficiently robust and convincing to carry it off. The rest of the 70-minute play continues in this fashion: rugged naturalism interlaced with almost wacky flights of fancy. These also encompass another unrelated, parallel story of two teenagers, Son (Harry Boland) and Soccer Girl (Sara West).

They meet in a park at dusk but already – there’s a fast forward and rewind capability between these characters – unintended but actual violence has occurred between them and Son is in jail. Nevertheless, it’s the smart-mouthed, belligerent Soccer Girl who is the protagonist of the two and their interactions are alive and buzzing with youth, anger and electricity. 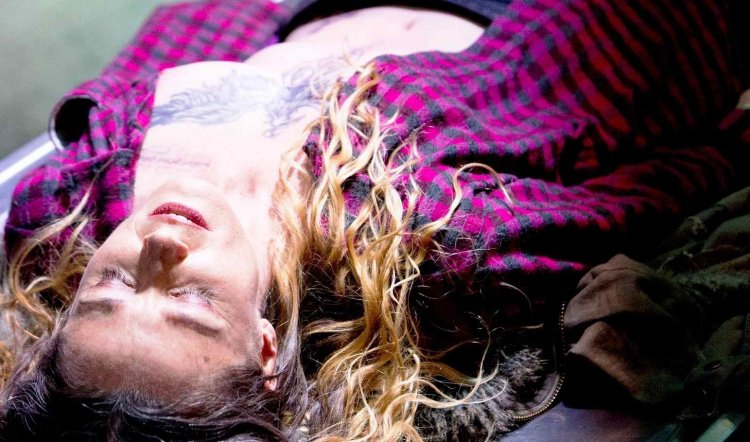 Meanwhile in making his examination of the murdered woman, Doc finds a pamphlet tucked into her one remaining boot. (Her bare right foot is somehow a poignant symbol of the violence that’s been done to her.) He begins to read aloud from the booklet – Ugly Mugs – which apparently is actually distributed among the women of St Kilda. It documents the details of known dangerous clients: their physical appearance, cars, clothes and the kinds of behaviours women can expect from them.

Some of this awful stuff is related to the audience but, in an effective move by the playwright, Le Marquand’s gentle delivery is interrupted at intervals. Suddenly Doc finds himself unable to speak aloud the words he sees on the page, and the listener is left with his or her own imagination – which is always much worse.

All the above notwithstanding, Ugly Mugs is as boldly entertaining as it is grimly fascinating. Peta Brady’s gutsy performance sparkles like the roughest of diamonds. Similarly, Sara West also shines as the feisty girl who leads with her chin, no matter what. Le Marquand and Boland are powerful yet sensitive foils and the quartet is highly effective.

The setting is also a muscular ingredient with the Stables stage left as bare, rough, gravelly concrete. Instead, the idea of place comes from the agglomeration of opaque glass-covered fluoro lights that illuminate various aspects and parts of the stage at different times. (Set and costumes: Michael Hankin, lighting design: Lucy Birkinshaw.) The lights convey the idea of a shadowy street corner, the harsh glare of the mortuary and other places where humans are bathed in heedlessly cruel light. It’s very effective.

All in all, Ugly Mugs is a triumph for Peta Brady. She has crafted a meaningful drama that illuminates as much as it engrosses and once the actors have found their rhythm and pace in the new and always tricky space (the production comes in from its premier season at the Malthouse), it will undoubtedly tighten and fly. Meanwhile, it’s one of the more remarkable plays to bring the mean streets to life, not least because its authenticity is palpable and the drama as truthful as it is often shocking. Recommended.