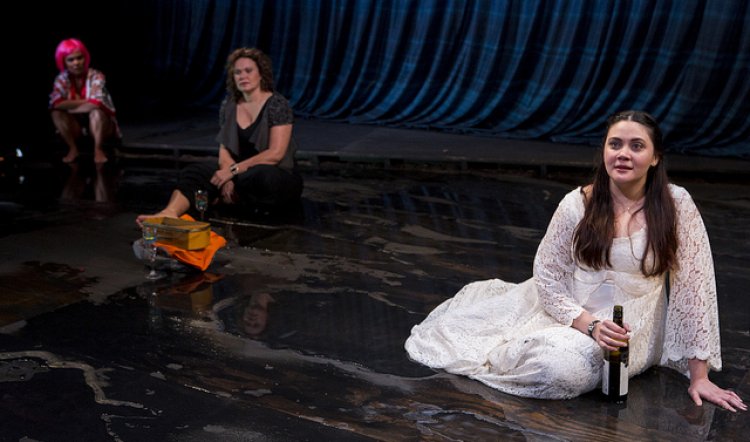 When the first production of Louis Nowra’s dramatic comedy of three sisters was first staged at Belvoir St in 1993 there were echoes in the air of Bruce Beresford’s Crimes of the Heart (1986) in which three sisters reluctantly reunite at the old family home for a funeral. Adapted from Beth Henley’s stage play, it’s Southern Gothic black comedy at its dysfunctional best.

By way of contrast, Radiance is Northern Gothic: set on the coast of Far North Queensland in a house among the cane fields. And while the youngest, Nona (Miranda Tapsell) is ostensibly a ditzy and often hilarious slut, the sisters are not as wacky as Henley’s trio; the two plays can be seen as part of a rich dramatic strand that goes back to Goneril, Regan and Cordelia in King Lear and continues through Chekhov’s Three Sisters. What they all have in common is fractious and fractured relationships between siblings that are unwillingly and painfully connected and cemented by the bonds of sisterhood and shared experience.

In 2015’s version of Radiance, the interval had been done away with and the play is now more dramatically satisfying without the mood-breaking slump of that interruption and the too-short second act of the original. And as directed by Leah Purcell, who also plays eldest sister Cressy, there seems to be extra humour which serves to heighten the emotions that come bubbling to the surface.

Cressy is a successful opera singer who comes home unexpectedly from London after the death of their mother. Her worldly status is signalled by a Philip Treacy hatbox among her luggage and a chic outfit (set and costumes by Dale Ferguson). That neither of her sisters pay the slightest attention to the hatbox says everything about where they are and what matters.

They gather on the veranda of the old Queenslander where their mother’s favourite planter’s chair is placed where she could see out to the bay, the mudflats and the island beyond. For the past two years middle sister Mae (Shari Sebbens) has been slowly doing up the ricketty house in between caring for her mother and her job as a nurse. She is a simmering stew of resentment. 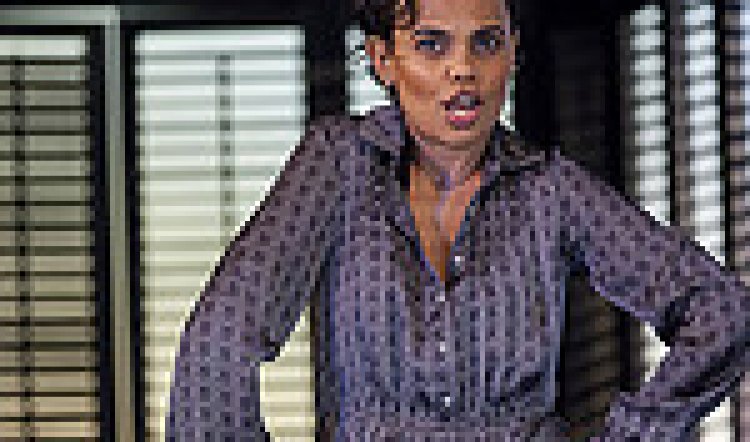 Family history, stories, lies and secrets are part of the stew and it soon boils over as each of the sisters gets to add her own ingredients - whether the others like it or not. There is some glorious comedy, particularly around a couple of mishaps with the maternal ashes, and also the kind of instantly recognisable misunderstanding and bitterness between the girls to make for many sober and touching moments.

The sisters decide to take the ashes to the island. The switch from the old house to a night crossing of the mudflats is accomplished with a curtain that conceals the house and becomes an instant shadowy seascape (lighting: Damien Cooper and subtle soundscape: Steve Toulmin). The main stage area is puddled with water - as the mudflats - which is visually effective but a skating rink for the actors and the contrast between the two settings is effectively atmospheric.

What happens in the end is alternately laugh-out-loud and heartbreaking, while the nuttiness that reminded me of Crimes of the Heart is now more apparent through Purcell’s bold eye and ear for the delicious eccentricities in and between the characters; her playing of Cressy, however, is understated and sweet of heart and so, room to breathe is given to other two: Sebbens is a powerful and affecting presence as the aggrieved and overlooked middle sister. Tapsell is at once a comical sprite and a wounded naif. All three are riveting to watch and not afraid nor reluctant to make laughter.

Belvoir’s 2015 is off to a great start with this timely and excellent revival.