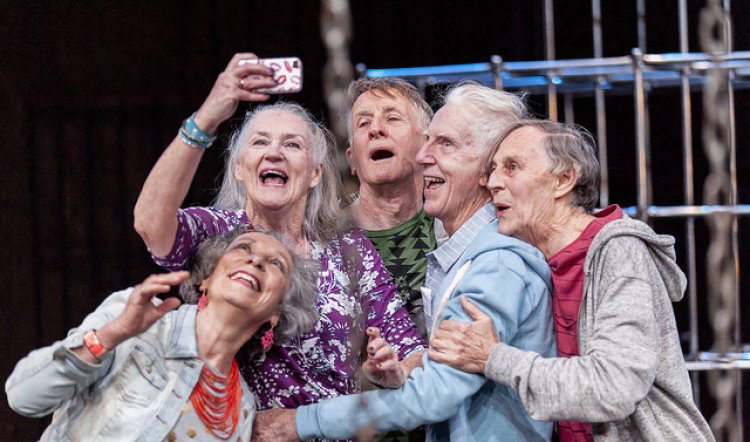 Playwright Matthew Whittet, director Anne Louise Sarks and the cast (all the above plus Genevieve Lemon as the peskiest of younger sisters) have combined to produce a most joyous, poignant, honest and exhilarating way of spending 90 minutes.

It’s the day – into the night – in which a bunch of kids finish high school and launch themselves into the world as adults. Well, not adults exactly, except that at 17 you mostly don’t know that except when you do when it all feels terrifying and exciting and bewildering in equal measure.

They gather in a park playground with booze, cheese balls and bravado, intent on staying up all night and getting wasted. Mike (John Gaden) and Tom (Peter Carroll) are best friends. Sue (Maggie Dence) is Mike’s girlfriend and Edwina (Anna Volska) is Sue’s best friend. Ronny (Barry Otto) is the class hanger-on and nobody’s friend, best or otherwise. Tagging along and annoying as all get out is Mike’s baby sister Lizzy (Genevieve Lemon).

After years of inseparable friendship, this night is probably the last they will ever spend together as impending adulthood takes each in a different direction. And beneath the carelessly rowdy teenage swagger bubbles the quiet intensity of emotions kept locked away for fear of ridicule.

The noisiest of the lot is Mike, the most repressed is Edwina; before the night is out the audience will gasp as their worlds are turned upside down. Meanwhile, however, Whittet’s carefully crafted characters and their language will have sucked in the most sceptical and conjured up sweaty-making memories of youth (far off or otherwise) for all. 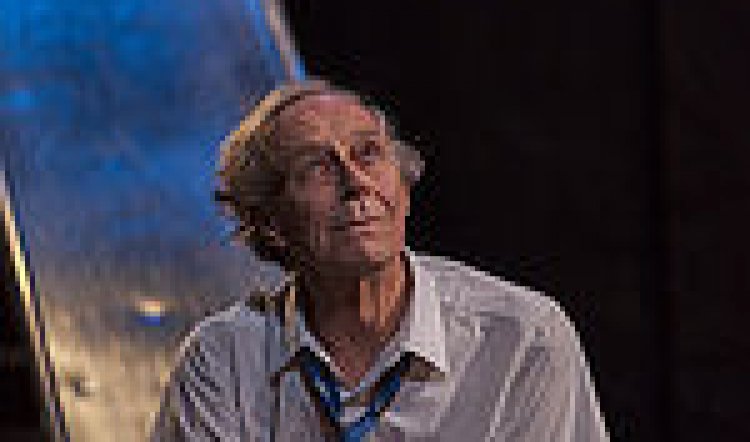 Seventeen  is both profound and lighthearted, silly and wise. It’s likely to make you laugh and cry and cringe as you’re forcefully reminded of the things you did and said when you were 17. And it doesn’t matter how old you are in years, the vividness of memory and truth is dazzling. As a grand daughter asked her grandmother (any grand daughter, any grandmother) “what’s it like being old Gran?” And Gran says, “Just like being 17 my darling, only your joints ache a lot.”

Played out on a stark set of stainless steel playground equipment – slide, roundabout, seesaw and climbing frame (Robert Cousins, lighting by Paul Jackson and perfect costumes by Mel Page), nothing gets in the way of the characters and their intertwined yet unravelling lives. Unless you’ve been living under a rock this past week or so, you’ll know the company – with the exception of Genevieve Lemon – is comprised of some of the finest pension-age veterans in the profession. Because they’re the best their reversion to teenage is authentic and heartwarming. They are deeply and confidently themselves and therefore there is no kid “acting” (which would be embarrassing, disastrous and stupid).

Anne Louise Sarks, with choreographer Sara Black and movement director Scott Witt, orchestrates the gang into and through their climactic night of partying and revelation. Each of the actors inhabits their role with deceptively seamless ease; the performances – whether they’re pashing or puking – are brave and astute. Taylor Swift has definitely enhanced her career by giving them permission to dance to Shake It Off  and meanwhile – get on down to Belvoir and revel in a show that combines charm and intensity and most of life’s deeper truths. Totes recommended.