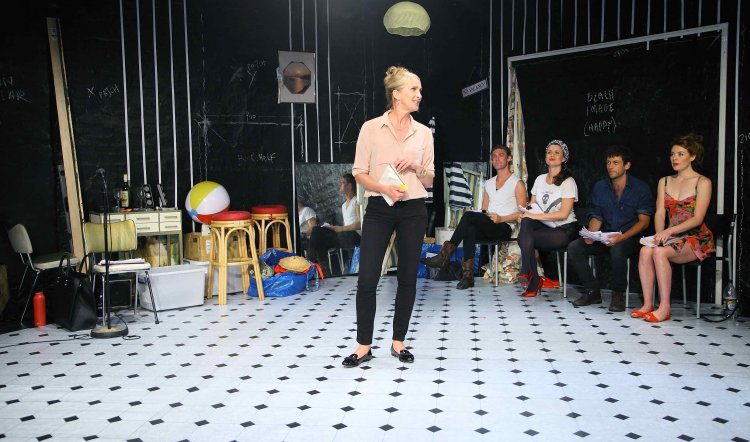 THE UNSPOKEN WORD IS 'JOE'

THE UNSPOKEN WORD IS ‘JOE’, MKA Theatre of New Writing and Griffin Independent at the SBW Stables Theatre, 21 January-7 February 2015. Photography by Eugyeene Teh. Natasha Herbert and the others; right: the weeping one.

How is one to describe the experience of The Unspoken Word is ‘Joe’  without ruining it for those who must surely follow? As little as possible, perhaps. Yes, probably, but a little information will assist the undecided.

Zoey Dawson, a Melbourne-based playwright, appears to have had a particularly rotten time with a break-up. Being a sensible woman she decided to purge herself of the unspeakable pain and transcendent rage by writing a really really funny and awesome play about it. And, on the way through, dishing out some really excellent revenge stuff too.

It’s not your usual sort of play because not only do you get to meet the director and cast in sort of real life without any of that fourth wall shit (which is invisible anyway but the actors are supposed not to see you or talk to you through it), but you also get to understand just how life and love and everything else can be amazingly amusing even while someone is having a totally crap time and breaking their heart. (That’s Zoey btw.)

You know you’re in for a totally outstanding time when the director (a chick called Natasha Herbert who isn’t Declan Greene who also directs the play when she isn’t which is confusing but WTF) tells the audience – that’s us – how Zoey is like “the most emerging playwright”. And you know right there that this is going to be the coolest thing because like how cool is that.

“Most emerging” is like even better than Groundhog Day and how totally awesome is that although Natasha or maybe Zoey (and she’s also another chick called Nikki Shiels who is totally hot but batshit crazy) says something about Angels in America and this guy Joe, whoever he is because he’s like not in the play; but who gives a shit anyway because it’s amazingly funny as Zoey gives her ex heaps. 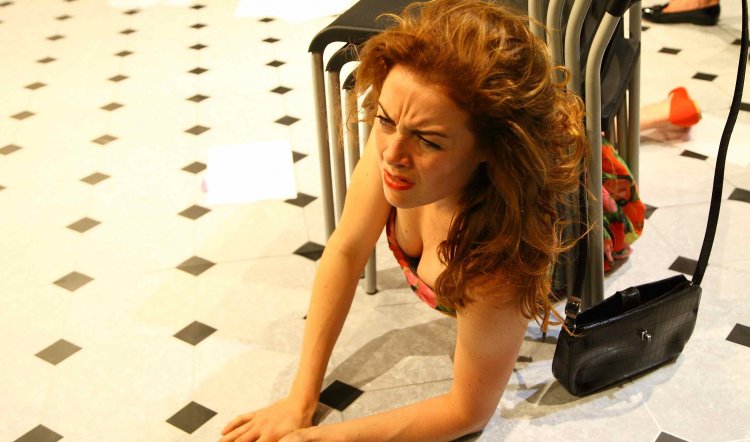 And she can do this because he’s an actor called Aaron Orzech and his part means the script says she can crap all over him and he has to say stuff back that means he’s sorry and that, but – and it's a big but – it actually means a script has a lot going for it if you've written it: he can’t just tell her she’s batshit crazy and should just piss off because that’s not in the script! Amazing.

Anyway, there’s another guy too. He’s Matt Hickey and he doesn’t have such a hard time because Zoey isn’t doing so much of the bunny boiling thing in his direction. And there's also another chick who is Zoey’s friend except she’s such a bitch and sexy as anything, her name is Annie Last.

The show had “critically acclaimed, sold out seasons” at the Melbourne Fringe and also the Brisbane Festival. Although they probably laugh at anything in Brisbane, poor buggers, you’d have to think Melbourne knows a bit about really clever shows. Anyway, this is one of them.

So, you don’t need to know anything else except that whatever the title means, the play is actually incredibly clever and way funny and the actors are brilliant. Apparently it’s a “biting meta-satire” which sounds nasty but as you’ll be laughing a lot and squirming at the icky bits you recognise you’ve done yourself (or had done to you, worse luck) you won’t have to think about what it means till later. And then it won’t matter. How good is that.