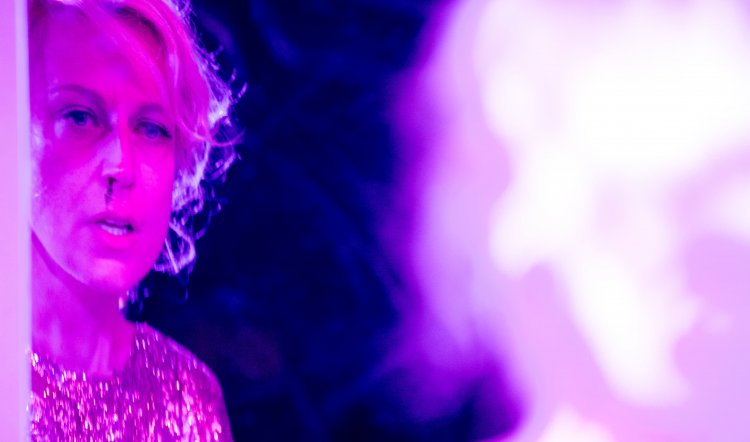 Catching up with Benedict Andrews’ new play a couple of weeks into its premiere run means – inevitably – having already heard the raves, bewilderment and even outright fury floating about this ambitious work. And no wonder people are talking and flocking to it. It is truly amazing.

The play itself is at once complex and oddly simple. Over two and a bit hours it explores the life of an actor – Gloria (Marta Dusseldorp) – both on stage, on film, in her personal life and in her imagination. Gloria asks questions about how an actor deals – or not – with a traumatic role (Medea, for instance) and also, how she might deal – or not – with traumas in her own life (an absent or straying husband for instance).

Meanwhile, there are riots on the streets below her penthouse eyrie; riots in the penthouse between her teenage son and step-daughter and none of this quite matches the tumult of her inner life. Through some soaring writing and a stratospheric performance from Dusseldorp, Gloria is forced to face her ageing self and all that it usually means for a glamorous female star. As well we watch, horrified, mesmerised and fearful, as she is enveloped in a new kind of misery, both real and imagined.

Gloria is starring in a play (and documentary film) that closely resembles the infamous story of Elisabeth, the young woman who was imprisoned in a basement hideout and repeatedly abused, assaulted and raped by her father Josef Fritzl and bore him seven children before escaping after 24 years.

Not surprisingly, Gloria the actor begins to disintegrate even as the character she plays struggles and manages to survive. The contradictions and dichotomies at the heart of so much theatre (how do you cope with playing Medea or Lady McB or Martha night after night, for instance?) is juxtaposed against the contradictions and disintegration happening in the “real” world beyond the theatre.

Benedict Andrews has written an absorbing and often profound entertainment of ideas and language and images that floats in a production given the tenderest and cleverest treatment by director Lee Lewis. Aside from Dusseldorp the actors each play multiple roles that cross over: Meyne Wyatt is Gloria’s teenage son and later her first husband and also an obnoxious young actor – all named Jared.

Huw Higginson is Gloria’s second husband and a systems analyst, also an orang utan and later, an actor the former and the latter are both called Derek. Chloe Bayliss is the systems analyst’s daughter Maddie and also the chirpy ingenue in the play. 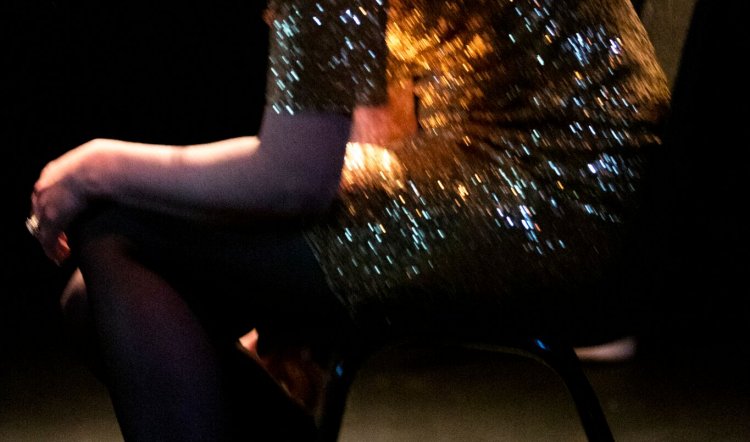 Kristy Best is a classy call girl who hires teenage Jared to babysit her young son while she’s at work; she doubles as Gloria’s babysitter who bonks Derek...and Pierce Wilcox is both the call girl’s repellently macho customer and the fey assistant director on the play.

Initially it’s tricky if not downright impossible to work out the twists and turns but they are there for the unpicking and are beguiling once worked out! And if you don't, it doesn't really matter as it all becomes clear, eventually and if not, the journey is rich and spellbinding.

The puzzles are fed from the beginning in the set design by Sophie Fletcher: an elegant white apartment kitchen is tricked out with a vast stainless steel fridge, a Bialetti Moka coffee maker and an incongruously lo-tech plastic orange squeezer.

That Marta Dusseldorp returns to the stage after a six-year hiatus (while starring in almost every drama of note on TV) means a unique opportunity to experience a brilliant actor in one of the more demanding roles she’s ever likely to take on. And the production and company of actors are with her all the way.

If you have tickets – lucky you. If not, queue and hope for no-shows. It’ll be a cold and frosty Friday before you see anything like Gloria again.