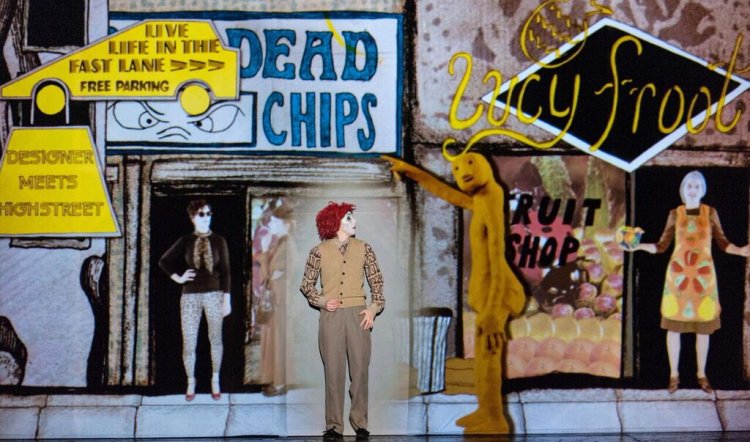 From Fritz Lang (Metropolis, 1927), to Gustav Meyrink (The Golem, 1914), to Terry Gilliam (Brazil, 1985 even more than Monty Python). The British company 1927 has drawn on the most extraordinary visual and literary ancestry-inspiration to produce – over a period of four years – this most amazing 90-minute theatre work.

The character of Meyrink’s novel was based on a mythical monster that came to life every 33 years (hello, Jesus) and terrorised the Prague ghetto. 1927’s Golem is no more a monster than King Kong – it’s his interaction with humanity that flips the switch.

The show pre-opens with simple, seemingly antiquated film projections of crudely drawn faces and words in faded, spotty, jerky, silent movie style. This sets the scene and readies the eye for what follows: a uniquely and tightly integrated show of live actors and film animation by Suzanne Andrade (director, writer) and Paul Barritt (film, animation, design).

Robert (Shamira Turner) is a classic clerical dweeb who meekly toils in the Binary Back-Up Department, backing up the back-up via zeroes and ones, in pencil. He lives with his overbearing and perpetually knitting and bullying granny (Rose Robinson) and sister Annie (Esme Appleton). Robert makes Luke McGregor look like Don Juan, until the day he acquires a Golem from shonky entrepreneur Phil Silocate (Will Close) and discovers that, like a computer, the Golem will do anything he tells me him to do, no more and no less.

Golem is a lumbering 2.5m tall clay man (he has a dear little droopy penis to prove it). Yet he’s actually a projected animation and it’s his physical relationship to Robert – following him around, doing his bidding, walking to and from work and so on – that first blurs the barrier between human and creature. When Golem begins to take the initiative he isn’t supposed to have, the blurring becomes more pronounced and, inevitably, sinister. 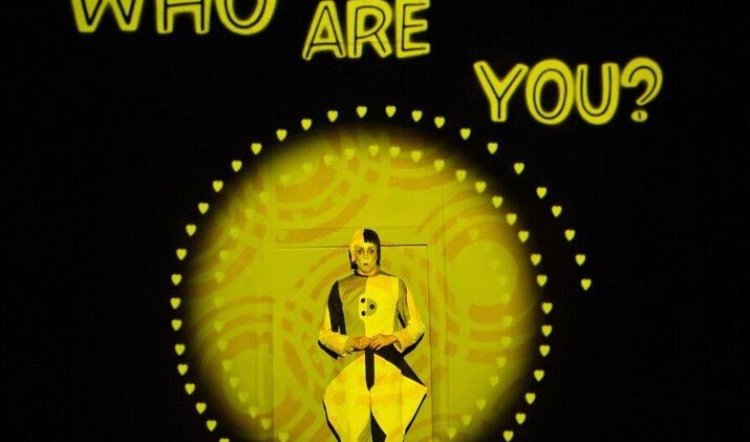 Thanks to Golem’s ability to work harder, faster and better than his human counterparts and also to then go home and do all the housework, shopping and whatever else Granny used to do, Robert’s world improves (he gets a girlfriend) but it all begins to feel just a little bit funny-peculiar and familiar.

When Golem is superseded by Golem 3 and is mass-produced and miniaturised for greater profits and functionality, it’s a collision of steampunk and Frankenstein’s (mini) Monster – and dystopia rules. Do you really want your smartphone to have that much say in what you do? Or do we keep on marvelling and giggling at the brilliance of it all?

With Will Close and Lillian Henley bracketing the action from either side of the stage on drums and keyboards – when not taking part as various characters – it is a mesmerising and almost entirely fascinating demonstration of sustained imaginative textual and visual brilliance. It’s just a bit too long and repetitive but nevertheless, I was gobsmacked by the virtuosity of the piece and its creators.

Very glad that Sydney Theatre Company continues to play host to visiting amazingness. It raises the bar which would otherwise, between festivals, tend to droop like Golem’s doodad. See it if you can and take the kids (10 and up – they’ll love it.)