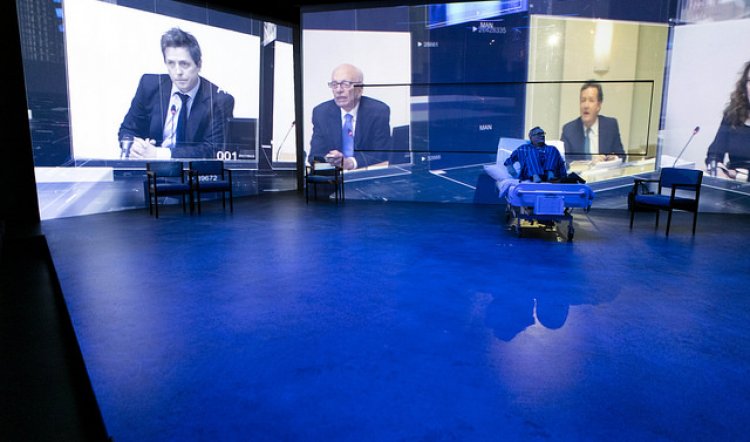 Tommy Murphy’s new play is incredible, ie: “impossible to believe; difficult to believe; extraordinary...” That is, if it were not a true story it couldn’t have been written as fiction because it defies belief. It had to be true!

Mark Colvin’s Kidney opens with a woman sitting before a three-man medical ethics panel being grilled as to why she wants to donate a kidney to a virtual stranger. They do everything they can to dissuade her, question her motives, discredit her (uncertain) health and (unlikely) background. Through it all she remains sanguine, sardonic and clearly in control of all her faculties, including the one that impels her towards her goal. But that’s a flash-forward.

The astonishing story really begins in London where ex-pat Australian whiz biz consultant Mary-Ellen Field (Sarah Peirse) is meeting with one of her major clients, Elle Macpherson (Helen Thomson). Elle – for it is she, “The Body”, aka global undies magnate – is having conniptions about a story in one of the Murdoch tabloids. It seems Field aka M-E has spilt private beans about Elle to a hack.

It’s a curious and pivotal moment: in 2005 the story was there in black and white in a newspaper (of sorts). It must be betrayal even though a moment’s reflection would suggest Field had nothing to gain and everything to lose by leaking tidbits about any of her clients. Elle was convinced of the former and soon Field’s successful, establishment life was sliding down a deep, dark hole.

She popped out like the White Rabbit to find herself in a hell the Red Queen herself couldn’t have conjured better: a celeb rehab facility in Arizona. The vast chasm that had opened up between Field and her star client was such that she hadn’t fully grasped the reality of her situation: Elle believed Field was an alcoholic – the only possible explanation for leaking to the press – and the intervention she’d arranged was the only way to redemption. It also meant Field could be fired and discredited with little fear of repercussion; after all, she had agreed to go to rehab. No smoke...etc.

Yet as Field raged at this injustice and fresh indignities in Arizona (“you’re being very aggressive...”) something was stirring back in Britain. Scotland Yard was quietly setting up Operation Caryatid to investigate suspected hacking of celebrity phones and voicemail. When it eventually blew up in public, Field was home once more and realised she was part of the fall-out. 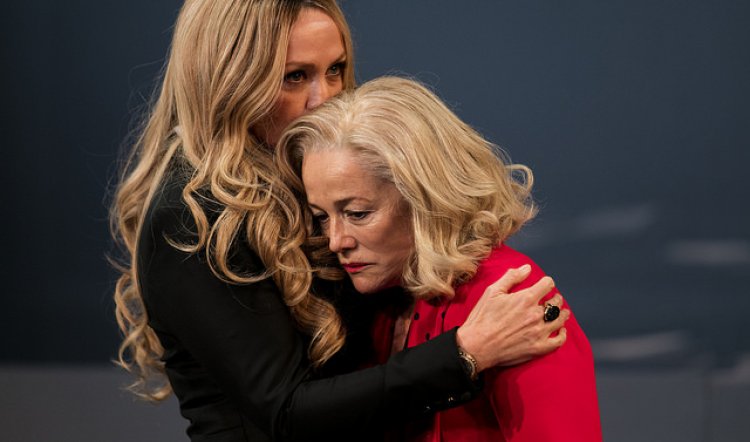 Meanwhile in Sydney, ABC hero journalist Mark Colvin (John Howard) was looking for an Australian angle to enable him to fully investigate a story that was becoming more appalling as the revelations rolled in. A fishing Tweet to Field got a nibble and eventually, a bite. Field was suspicious, her professional life was in ruins and she and husband Bruce (Peter Carroll in one of several roles) were in straitened circumstances.

Colvin himself was also in dire straits: years before, working as a foreign correspondent in Rwanda for Aunty, he had become infected with a killer bacteria. It had attacked his kidneys and he was frequently ill and on dialysis; without a new kidney his future was bleak. At some point during the years of Tweets, Skypes, emails and messages, Field became aware of his plight. To jump ahead in the 2.5 hour including interval story, she decided that donating a kidney would make her feel better than simple revenge (although she remained tenacious in pursuit of justice in the British courts).

As already said, both stories – the personal and political – beggar belief and it’s to Tommy Murphy’s credit that the wildly disparate and unlikely strands are woven together with clarity, heart and humour. As well as the two major constants of Field and Colvin, there are 26 other characters who come and go in the lives of both.

Helen Thomson appears not only as Elle but in a series of cameos, notably as an unctuously caring nurse, a grumpy parishioner in a provincial French church and an airhead waitress; and she is intelligently and irresistibly hilarious in all. The same can be said for Peter Carroll whose appearances are somewhat more substantial but just as humanly comical and brilliantly constructed.

Christopher Stollery, sporting a moustache Harold Macmillan would have approved of, makes a fine fist of a series of fruity chaps – lawyer, BBC radio announcer, Colvin’s spy pater John and the transplant surgeon Prof Zoltan Endre. And finally, Kit Esuruoso takes on with elan the onerously youthful roles of son, preppy assistant and so on.

In the lead roles Sarah Peirse and John Howard are magnificent. Peirse is both funny and heartbreaking in portraying the studied nonchalance of a woman who will not be pitied, while driving everyone bonkers with her habitual motor-mouth and formerly well-placed sense of entitlement. (She was deputy chair of her local Tory party branch; she was lifelong friends with Philip Ruddock – much good any of that did her, she finally registers.) 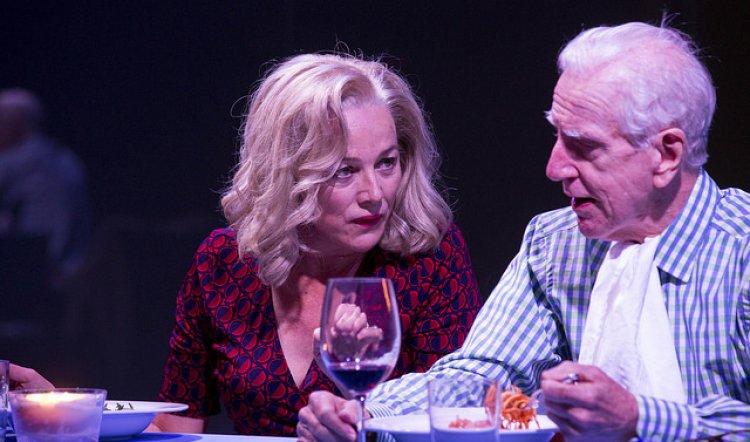 John Howard captures the deceptively easy-sounding but sharp as a razor broadcaster Mark Colvin. He doesn’t mimic the famously velvety voice but it’s there and his physicality and pride as a once-dynamic man brought low by ill fortune are deeply touching.

The production – on opening night – felt a bit off the pace; as if it needed another few days rehearsal to fully mesh the technical aspects with the rich and relentless script. It was not helped by a technical hitch within the first five minutes but Peirse and Thomson coped magnificently and it was quickly forgotten.

Director David Berthold has lucidly orchestrated the complex set of characters and performances and the telling of the tales is compelling and rewarding. The set design by Michael Hankin is a virtually empty stage with an occasional table, desk, hospital gear and ever-changing back projections and surtitles (by Vexran Productions); both enhanced by a tightly integrated lighting set-up (Damien Cooper) and punctuated by a gorgeous and almost filmic soundtrack by Nate Edmondson. The costumes, by Julie Lynch, are understated and “real” – even Elle’s black and white striped pants (check Google for them.)

Mark Colvin’s Kidney is a very Sydney but universal and exceptionally fascinating play. It takes its time to explore the various aspects of the stories and doesn’t shy away from the dark and tricky bits. Colvin and Field both co-operated with Tommy Murphy but there’s not a whiff of hagiography to be sniffed: the principals are as gutsy and uncompromising on stage as in real life.

There are lessons to be learned and eyebrows to be raised at the breathtaking corruption of not only Murdoch’s News International but the British political and business establishments. Colvin and Field were both present on opening night and were celebrated with a standing ovation.

Later in the foyer Field answered the question as to whether she is now free of the costs and hurts of the court cases: Murdoch still holds a lien over her house. A fabulously entertaining night in the theatre that ought to be filmed (two-part mini-series – ABC?) and meanwhile, will make you laugh, gasp and probably shed tears. Recommended.