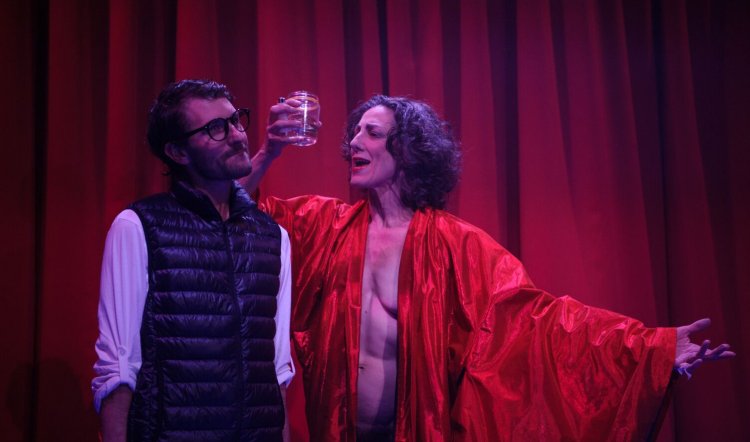 Christos Tsiolkas is a writer whose name immediately conjures up clear-eyed  images of modern Australia. It’s not Summer Bay nor Ramsay Street, there’s not a sheep, ’roo nor blonde surfie chick to be seen. Rather, Tsiolkas-land is urban, multi-ethnic, multi-gender and uncompromisingly realistic. So it is with Merciless Gods.

Crafted for the stage by Dan Giovannoni and brought to Sydney under the Griffin Independent banner, the production enjoyed a successful, much-admired debut season in Melbourne. An original work by independent company Little Ones Theatre, Merciless Gods is a series of eight short, sharp stories taken from the 15 that make up the 2014 collection of the same title.

Ironically perhaps, the evening begins with a pill- and booze-fuelled social gathering where the entertainment is focused on tales of revenge. Oddly, it’s the most conventional and therefore least effective episode – but that’s only in comparison to the rest of the mini epics. These are powerful and varied and keep the audience raptly on edge for two hours, despite the diffusion of an interval. 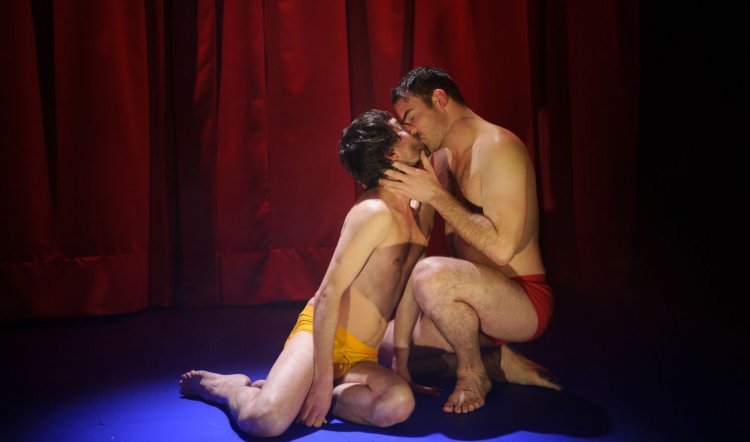 The settings conveyed are in the writing and telling and played out on an unadorned, cleverly lit set backed by scarlet drapes (design Eugyeene Teh, lighting Katie Sfetkidis): there is a squalid apartment, a sauna, a family home and so on and all punctuated by Daniel Nixon’s sound design and composed music. These fragments are mostly beautiful and romantic – a wild and diverting contrast to the action on stage.

The cast – Paul Blenheim, Brigid Gallacher, Sapidah Kian, Peter Paltos, Charles Purcell and brilliantly led by Jennifer Vuletic slip from role to role with deceptive ease. The text – poetic, brutal, vivid and honest – is intelligently served by each actor and their characters are three dimensional even as they tell themselves and their lives. There is no doubt that these are dramatised stories and the direction by Stephen Nicolazzo heightens that effect as well as teasing out all the theatrical possibilities.

Merciless Gods is exciting, uncompromising and rewarding. It’s a fine production of fascinating material and will shock, amuse and sadden by turns. It’s a long time since Jennifer Vuletic has stalked a Sydney stage and her return is not only thrilling but hugely welcome. Not to be missed. Recommended.