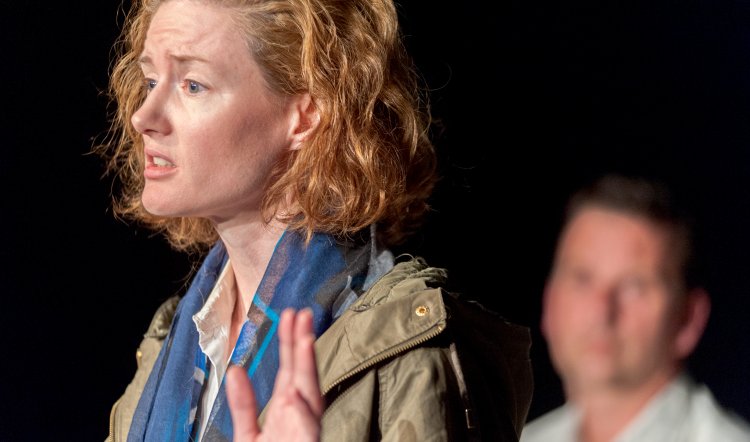 The Terminus by Irish playwright Mark O’Rowe (Howie the Rookie) is the first play of a first season of a new company North of Eight playing out of the Courthouse Hotel in North Melbourne. The company set up in 2016 is a collective of like-minded theatre makers who “have a passion for meaningful stories that need to be told”.

The Terminus is a difficult piece for a new company, not so much a drama but story telling, three connected narratives for three actors who are on stage for 100 minutes.

The play is poetic, it has a cadence of rhyme and rhythm, this coupled with an Irish accent is tricky stuff, but the actors pull it off. Character A (Emma Louise Pursey) has the first monologue her Irish accent is so true you have to adjust your ear to her lilt, when you do her story, unlike her presence, is harsh. Pursey has a stillness that unnerves but brings you in, making you sit forward wanting to know more.

Character B (Sarah Clarke) has a hard job following Pursey. But she is just as good but different, her demeanour is more open and she brings us into her harrowing tale that way and, takes us on a fantastical journey.

And then we have Character C (Scott Major) who has a twinkle and a smile and you like him – but you shouldn’t. 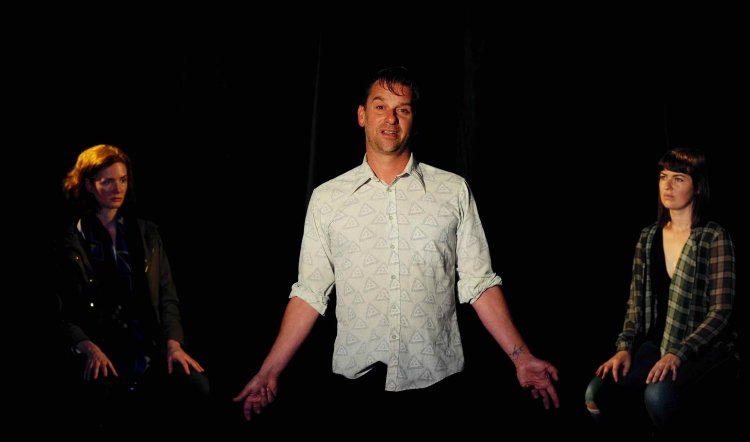 Their stories are entwined: Pursey’s Character A tells the tale of a teacher who wants to keep a student from a backyard abortion and ends up plucking the eyes out of the student’s uneducated violent protector. Character B is the teacher’s estranged daughter who falls from a crane into the arms of winged fugitive from Hades, they both want sex and as they slide through life to death they reach orgasm.

The third monologue is that of the true narcissist, Character C. A shy bloke who just wants to sing, for which talent he makes a Faustian pact and kills instead. The narratives are somehow more disturbing because of the use of rhyme; the poetic telling of grotesque tales, at times gut wrenching and vile.

North of Eight’s co-artistic director Shane Savage has directed the play and elicits fine performances in a static piece. An interesting start to their first season.