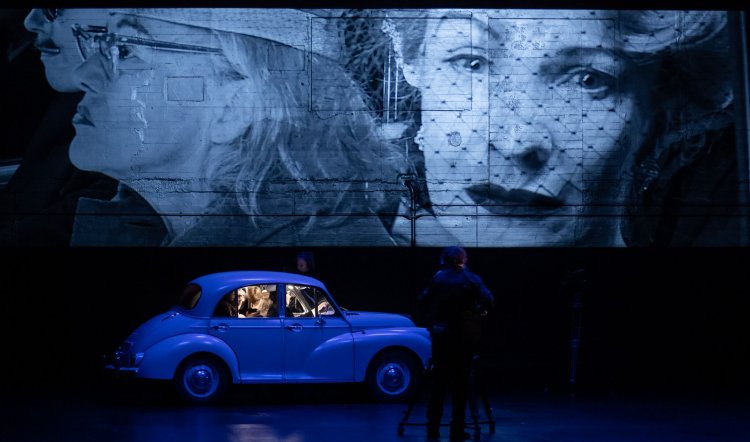 As Kip Williams’ new production of A Cheery Soul opens on Mrs Custance (Anita Hegh) nervously busying herself around her kitchen and housewifely duties, and Mr Custance (Anthony Taufa) solemnly sitting down to his tea, it’s impossible not to think of the young John and Janette Howard and the Australia that he, in particular, seems always to yearn for.

Written in 1963 yet steeped in the 1950s, Patrick White’s vision of suburban Australia skewers these people mercilessly. They are well meaning, small-minded, repressed, myopic and comfy in their stupefying times like prawns in aspic, or perhaps cubes of cheddar and cocktail onions on toothpicks. Although it must be said that such sophistication is probably beyond the Custances. He whose prize tomatoes are a reason to get up in the morning and she who feels compelled to “do something” for the greater good and her own conscience. And Miss Docker is what she decides to do.

Flitting about like discarded newspaper in the hot breeze of suburban Sarsparilla, Miss Docker (Sarah Peirse) is alone, homeless, and relentlessly cheerful. Nothing will get her down, no one is safe from her indefatigable instinct to help and enhance. She is the personification of malevolent good intent and when she accepts Mrs Custance’s offer of a room in their home, she is barely through the door before her impact on decor, cooking and household routine are felt. 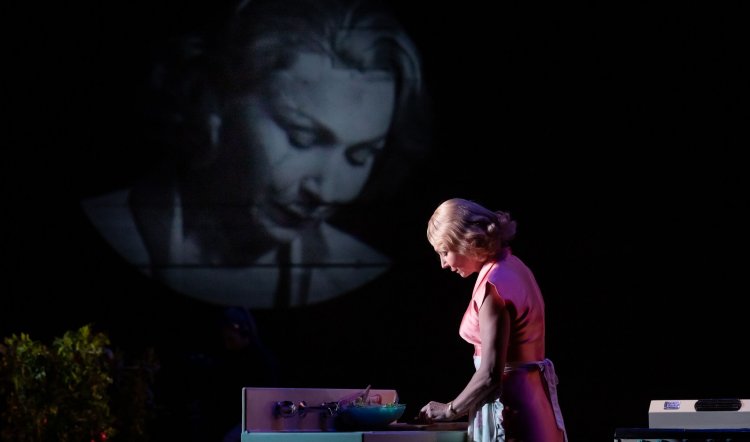 That there’ll be tears before bedtime is a given, but it’s how White gets us there that is so enthralling. He is, to date, Australia’s only Nobel Prize-winner for literature and his novels are better known than the plays, yet the latter are rich, sardonic, sharply-targeted and rewarding. A Cheery Soul is an electrifying, tough portrait of a tribe and a way of life he despised: nice, stultifying suburbia.

In the past A Cheery Soul has been seen as grim and theatrically perplexing. The eponymous character is, after all, one of the most tragic in the Australian canon and the structure of the play is confronting. However, Kip Williams has highlighted the humour and naturalism of the first half – an enviable tomato patch and perfect cream and green kitchen, for instance (set design Elizabeth Gadsby) – so that when the play switches gear to absurdist surrealism it not only makes sense but also heightens the tension and theatricality of the second half.

Adding immeasurably to the drama is a lush, filmic score by composer Clemence Williams and the complex simplicity of Gadsby’s set design: two revolves are employed to switch states around the Custance home and, for the second half, a front cloth drops to form the genteel nursing home where Miss Docker fetches up. The period touches are few and effective: wallpaper, an item of furniture, a teapot; and the costumes. Alice Babidge has clad the company in the asphyxiating styles of the late ’50s (the ’60s didn’t arrive until midway through the decade and never really made it to such white picket fence backwaters as Sarsparilla). 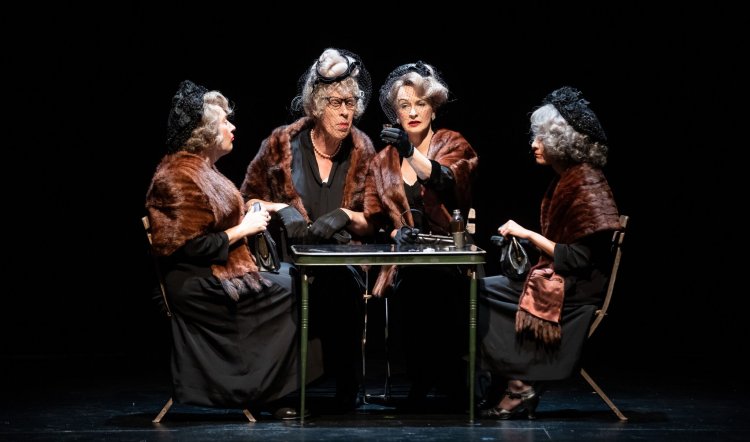 The only notable addition to White’s original, aside from the double revolve (of which Williams is a master manipulator), is the director’s other penchant for live-operated cameras and projections (viz Suddenly Last Summer, The Resistible Rise of Arturo Ui); and these are employed here to great effect. While we’re accustomed to movies showing us the surface action, what the filming does in A Cheery Soul is the opposite: black and white close-ups of actors’ faces, with added imagery reveal subtexts and characters’ hidden lives (video and sound designer: David Bergman). And none of this would work without lighting designer Nick Schlieper’s magic.

As well as the principals, a fine company of eight take multiple gender-blind roles. Emma Harvie, Jay James-Moody, Brandon McClelland, Monica Sayers and Nikki Shiels are barely recognisable as they switch from church congregation, to various town worthies, a bunch of scabby-kneed kids, the lady inmates of the nursing home and a Greek-style chorus of stickybeaks. Chief among them, Bruce Spence excels as a simpering biddy, while Shari Sebbens and a fierce moustache are an irresistible combination. Tara Morice is also exceptional as a heart-rending grand dame fallen on hard times.

The play hinges on Miss Docker, however. She is possibly the most maddening woman ever in Australian theatre, yet she must also be human and fragile and make us bleed for her; and Sarah Peirse is magnificently awful. Over time, laughter gives way to compassion and the realisation of how patronising and complacent is the oft repeated description of her – a cheery soul. Recommended without reservation.