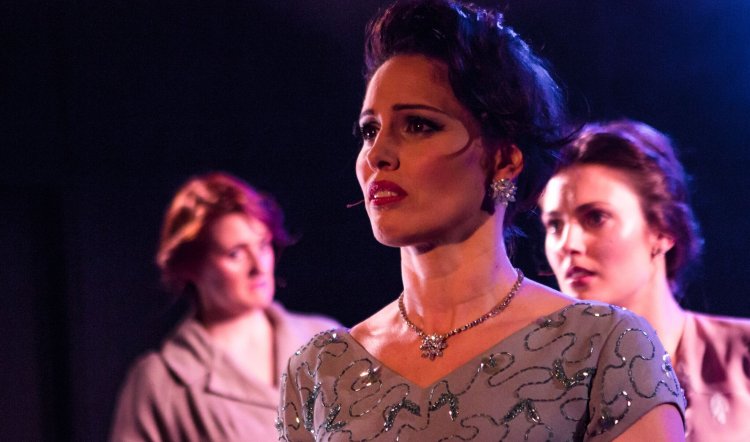 Hugo Chiarella (book and lyrics) and Naomi Livingston (music and lyrics) say in their writers’ notes, “With Evie May, we wanted to write a show that was about nostalgia without necessarily being nostalgic.” And they’ve certainly achieved that, with nostalgia pinned to the wall from the get-go and never allowed to syrup up the works.

The opportunity to fall into the pit of sentimentality is carefully avoided as we accompany young Evelyn May Murphy (Loren Hunter) from wide-eyed WA girlhood to stardom at Sydney’s Tivoli and beyond. Her story is told in reverse by the older Evie May (Amanda Harrison) having her life drawn out of memory after the Tiv’s closing night show by her young dresser Cole (Keegan Joyce). It’s a productive device.

Young Evelyn and school friend Wendy (Bishanyia Vincent) sneak off to a touring show where an imported American comedy act features the suave Barlow (Jo Turner). The jokes effortlessly demonstrate why vaudeville was dying in the bum but young Evelyn is captivated nevertheless. Encouraged for unkind reasons by grumpy lumpy elder sister Margaret (also Vincent), she runs away to Sydney, following Barlow and is picked up somewhere on the road by Tim Draxl’s itinerant young fellow. Despite her naivety Evelyn survives all the way to the Tivoli stage door.

There isn’t a fairy tale awaiting her but she is taken under the wing of June, the current star of the show (Vincent again) and given a job as dresser and “understudy”. It means she can get a room in the performers’ lodgings as a legitimate member of the company. (“No visitors, this is a boarding house, not a brothel.”) 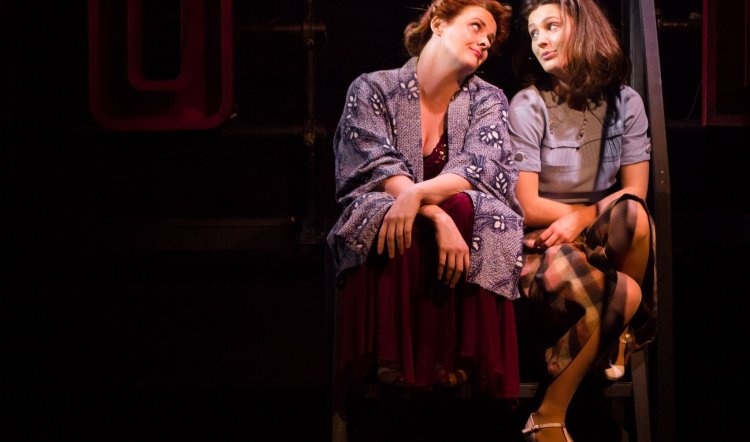 The action flows back and forth in time between Evie’s youth and the decades in between as Harrison and Hunter segue in and out of the spotlight with Vincent as their song and dance acts are joyously performed onstage. Meanwhile the less than joyous reality of their offstage lives is richly portrayed in a continuous obstacle course of lechery, groping and male expectation; plus ça change.

There is precious little glamour in this showbiz tale, from Evelyn’s more bitter than bitter-sweet banishment from home to Evie and June’s “we’re just friends sharing a flat” love affair. It’s ironic that at the height of “the Swinging 60s” they’re as socially restricted as 19th century virgins, and doomed to the closet or worse. At the same time, humour is sprinkled throughout and leavens the otherwise harsh reality.

Director Kate Champion deftly guides the performers through many immaculate dance routines and what is more a play-with-music than outright musical: it’s all gorgeously realised. On a bare sketch of a set (Anna Gardiner) where lighting denotes place and purpose (Sian James-Holland), the cast of six quick-change and slip from character to character and decade to decade. The songs are mainly more tone poem than rip-snorting musical theatre belters and are as embedded in the show as the characters and their stories.

Amanda Harrison and Loren Hunter are beautifully paired as Evie and Evelyn. Harrison’s weary sadness evokes an aching depth of pleasure and pain, while Hunter’s responses to the stage school of hard knocks is heartfelt and beautifully rendered. Bishanyia Vincent is a natural and fearless comic in her early cameo roles but she comes into her own as a wry and luminous June. Her heart is broken by the times and resolutely stuck together again by her own hard-won pragmatism: if there’s a dry eye in the house in the face of these three, it belongs to a hard or youthfully untrammelled person. 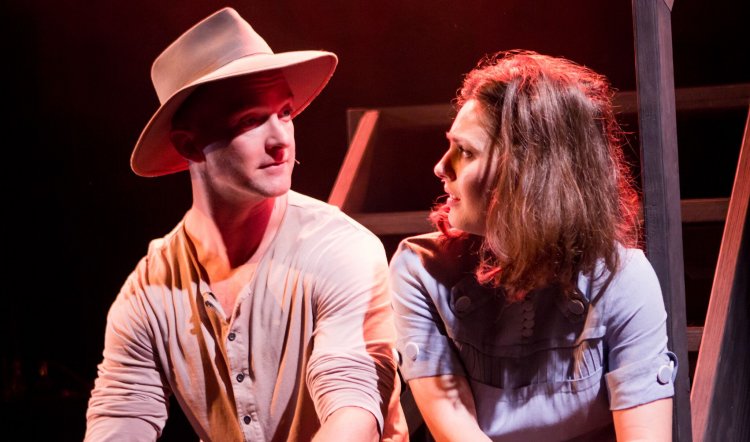 The men of Evie May are, of necessity, in support of the women and each is fine in various roles. Jo Turner and Tim Draxl bravely make the most of some unpleasant male behaviours that add dimensions and layers to the story. Angel-voiced Keegan Joyce is at the other end of the masculinity spectrum for reasons that become clear late in the piece. Hidden behind the back wall is a tight five piece band (musical director Steven Kreamer) that complements the performers and score to the max.

Evie May is rude, funny, sad and humane in its portrayal of lives and times now gone; yet when it comes to women’s place in the world, there’s much that’s familiar. And in a musical setting, with sharp, smart lyrics, the poignancy and politics are heightened and vividly coloured. This is a remarkable addition to Australian musical theatre and as one audient remarked after the opening night: “You should run to see it.” Recommended without reservation.