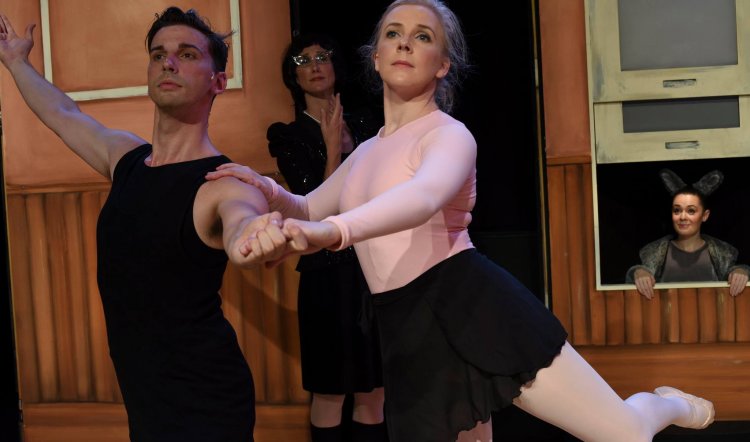 JOSEPHINE WANTS TO DANCE, Monkey Baa Theatre Company at LendLease Darling Quarter Theatre, 16 April-12 May, then touring all states and territories to October 2018.

The 2017 Sydney Theatre Awards gave a special award to Monkey Baa’s Eva Di Cesare, Sandra Eldridge and Tim McGarry in recognition of their extraordinary and tireless work in top rank children’s theatre and, yet again, another new show tells you why.

Based on the much-loved illustrated book by Jackie French and Bruce Whatley, Josephine Wants to Dance tells the inspiring, comical and exciting story of a young kangaroo with a dream. She’s a ’roo who’s not satisfied with a life of hopping and munching grass: she wants to be a ballerina.

It seems to be a leap too far for Josephine (Rebecca Hetherington). Her brother tells her she ought to get back to the mob where it’s safe and stay away from humans. Josephine is undaunted but she’s not helped by disobliging denizens of the Bush such as a pair of uppity Brolgas (Chloe Dallimore and Hayden Rodgers) and a pair of snooty Lyre Birds (the fabulous Dallimore again and Amanda Laing).

One day, however, something happens: Josephine spots a notice being stuck up and it’s announcing the visit to Shaggy Gully of a famous city ballet company: one night only – Swan Lake! 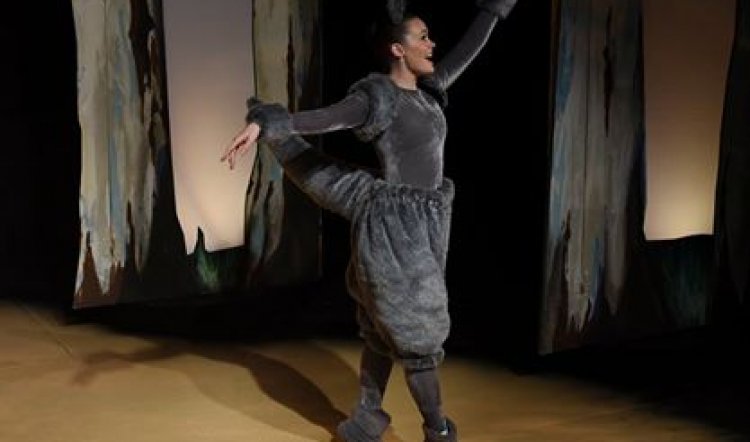 As in all the best aspirational kangaroo stories, the ballerina gets a crook ankle during rehearsal. The dancer playing the Prince (Hayden Rodgers) thinks it would be a really good idea to extend his solo to cover her absence. Madame Director (Chloe Dallimore) puts him in his place with a gnash of her Russian accent. Josephine pops in through the window and volunteers her skills (she’s been watching and practising). You won’t have to be a very clever Echidna to figure out what happens next.

The script, adapted by the Monkey Baa trio, is simple yet sophisticated and deliciously droll. The suggested age range is 4-9 year-olds but the adults at the Actors Benevolent Fund of NSW dress rehearsal were as enchanted and inclined to clap along and squeak at the exciting bits as their rapt offspring.

Director Jonathan Biggins is a canny pleaser of all ages and also keeps the action rolling along through a dizzying array of quick-change characters and costumes and performances. I’d suggest an age range of 4-84 would be reasonable.

The music and lyrics are by Phillip Scott and are witty and fun while also taking sly nips out of enough famous pieces to amuse an older and more knowing audience (excellent sound design of the mic-ed performers and soundscape: David Bergman). The same can be said for Tim Harbour’s choreography, on loan from the Australian Ballet. He’s given the actors – and fabled show dancer Dallimore – some scintillating routines that suit their various species and the vital swan bits of Swan Lake. 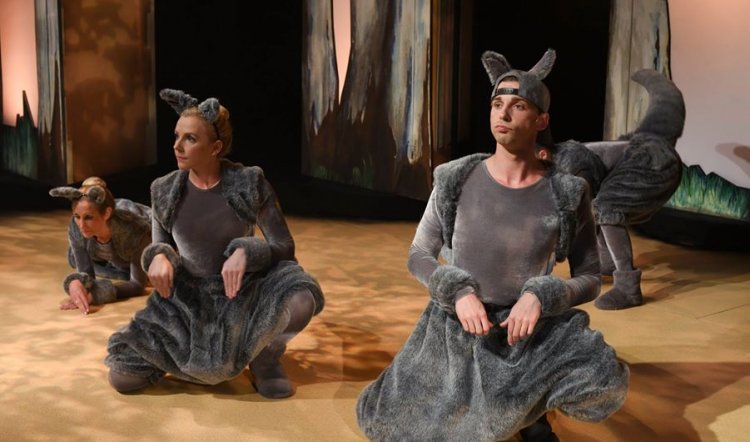 Even though somewhat hampered by being a ’roo and therefore having no knees, Rebecca Hetherington makes a sparkling Marsupial Assoluta that any youngster could identify with. Meanwhile Amanda Laing makes the most of the contrasts offered in not also playing a large native bird but also the tragically injured ballerina and Shaggy Gully’s town clerk Big Annie. Multi-tasking is also a forte of Hayden Rodgers: he’s brother 'roo Joey, a bird, the overly hopeful principal dancer and – phew – the hyper-ventilating costume designer tasked with making a swan princess cozzie for Josephine.

The costumes are the splendid work of James Browne. From the ’roos in their pale grey Uggs, to the Tivoli-worthy Lyre Birds, with tutus-au-go-go and a range of other outfits in between, the stage is always filled with eye-catching clever outfits. The set too – shortly off on a five-month tour – is a masterpiece of colourful economy. Both elements are enhanced by Emma Lockhart-Wilson’s intelligent lighting design.

Finally, however, throughout the 50 minutes of non-stop ’roo drama, there’s Chloe Dallimore. It was an act of transcendent genius to cast her: she is one of the funniest, wickedest, most elegant, most able, most riveting dancer-actors around. And whether or not she means to, she can’t help but lift Josephine and all who sail in her to the heights. Totally recommended!