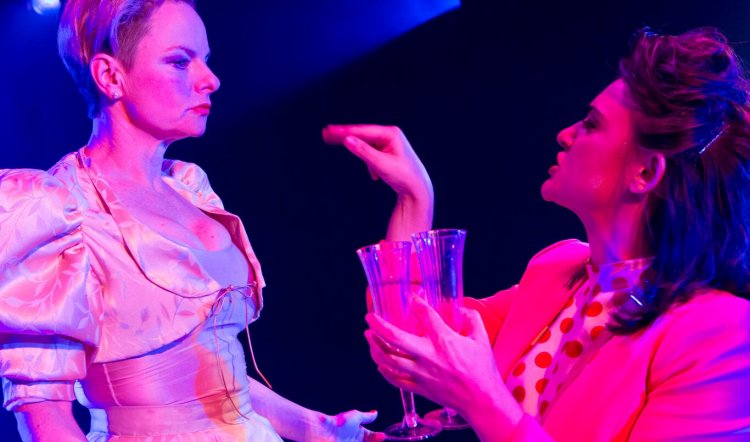 David Finnigan is amazing. First of all, in his own words (website davidfinig.com) he is, “a writer and theatre-maker from Canberra.” And he, “writes plays, creates performances and games that often sit at the intersection of science and art.” He works a lot, “with research scientists to produce work looking at complexity and earth systems science.” That pretty much sums him up aside from the Churchill Fellowship, the Australia Council Early Career Fellowship and the Griffin Playwrights Award for this work – Kill Climate Deniers.

The play, although in its world premiere production at Griffin under Lee Lewis’s direction, is already notorious. The deliberately provocative title caught the eye of professional fulminator Andrew Bolt back in 2014 when Arts ACT made a grant of $19,000 to Finnigan to write a play about climate and Australian politics. It was nominated for the Max Afford National Playwrights Award in the same year. However, the furore caused by Bolt’s sight unseen condemnation – a shit-storm of epic proportions – caused the proposed Canberra production to be shelved for the safety of all concerned.

Finnigan went on to turn the original into all manner of entertainments, including a walking tour of Parliament House, and now an updated version of the play – taking in the post-Bolt and Co events – is at the Stables and it’s a ride as wild and crazy as its journey to Nimrod Street.

There is much irony in the play relating to its short and turbulent history because, as Finnigan says in his notes on the Griffin website, he is a “climate denier” himself. His impeccable reasoning should make many stop and think about their own climate change position: “Far more prevalent than full-blown climate deniers—and ultimately far more dangerous—are what [Dr] Jonathan Rowson has described as ‘stealth deniers’, Finnigan writes, continuing... 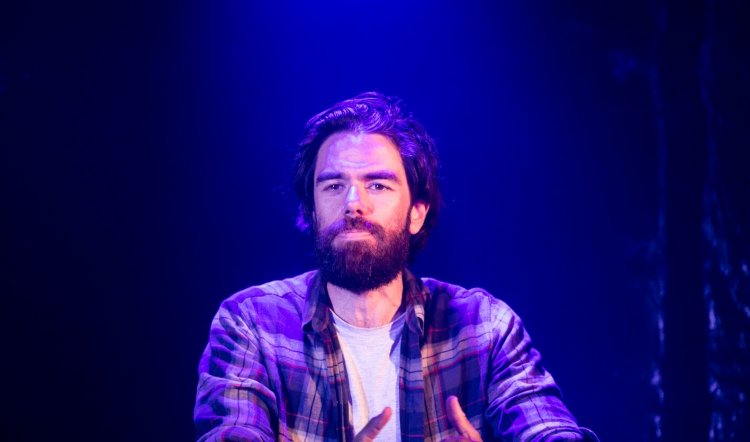 “Those who accept the scientific evidence of climate change, but who take no direct action or plan anything in their life based on the fact. I’m not preparing for a future in which the strength and frequency of droughts, heatwaves and bushfires escalates year after year. If you say you believe in something but don’t act on it, do you really believe in it?”

That’s a punch on the nose for a lot of us, I suspect. Meanwhile there’s more: the play itself is a riotously silly and acid-laden Die Hard-style action blockbuster. And it’s also a deeply considered polemic built around a pole-dancing federal Environment Minister (Rebecca Massey), her chief media adviser (Sheridan Harbridge), a gang of eco-terrorists whose code names range from Alanis Morisette to Ike and Tina Turner (Lucia Mastrantone and Emily Havea) and all narrated by the playwright (Eden Falk).

A concert by Fleetwood Mac at Parliament House is the scene for a hostage situation wherein the eco-warriors demand Australia cease all carbon emissions and coal exports by midnight – or they’ll rub out all the guests. From the point of view of a member of the audience, there’s an immediate flaw in this plan in that in 2018 our pollies are so on the nose, there’s a fair chance Parliament House would be stormed by members of the public volunteering to help.

Anyhoo...the thing is, Kill Climate Deniers is an audacious and often hilarious enterprise that may upset and offend in order to make a whole range of people stop and think and take a good hard look at themselves. In that alone it’s remarkable and as an entertainment, it’s a most ridiculous and ridiculously clever script and production. 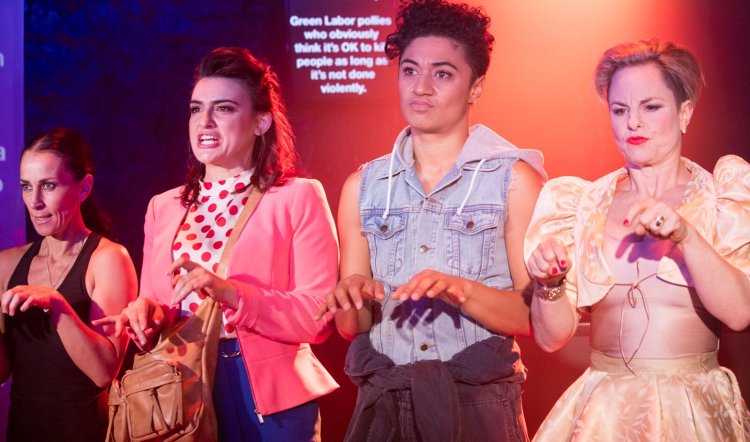 Director Lee Lewis is adept at whipping up a pace while keeping it on the rails and intelligible. At the same time she choreographs the company through a hallucinatory folly that never loses its grip on the frightening reality at its heart. Eden Falk, Sheridan Harbridge, Emily Havea, Rebecca Massey and Lucia Mastrantone all have their individual moments, yet in the greater scheme of things they are all at the top of their games, very funny and forming a team whose cohesion is already almost flawless.

The creative team of designer Jonathan Hindmarsh, lighting designer Trent Suidgeest, sound designer Steve Toulmin and audiovisual designer Toby Knyvett complete a really fine ensemble. They fill the Stables space with enough spectacle, sound and light to satisfy Bruce Willis and the result is a startling, shocking, funny and awful mirror held up right in front of your face.

Wherever you sit on the political spectrum of climate science, climate change or climate denial, you might not like what you see in the mirror, but you will be too busy laughing and gasping in disbelief. Go and see it for yourself while the temperature’s still under 50C. Recommended.