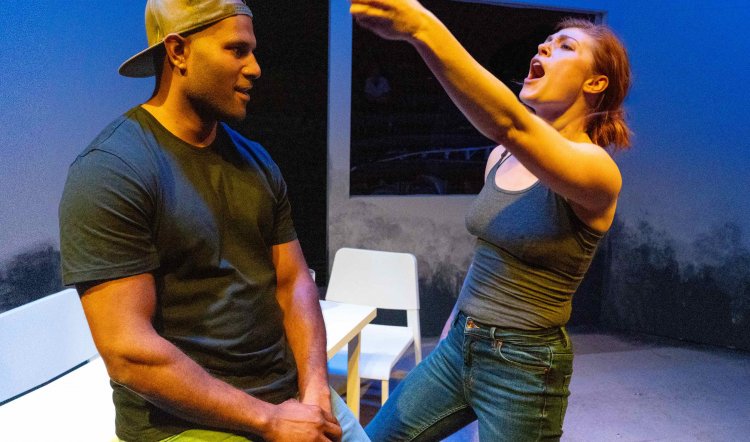 Steve Rodgers’ new play King of Pigs has been four years in the making but tragically is as current as the almost daily news headlines. These are the ones announcing the violent death of yet another woman at the hands of a man who either once loved or still professes to love her.

King of Pigs is not about headlines, however, nor simple, sensationalist knee-jerkery. Rather Rodgers focuses on richly wrought story-telling. In this instance four separate but occasionally intertwined tales of ordinary men and the extraordinary havoc they eventually wreak on the women in their lives.

And that’s one of the striking features of this 70-minute epic: there are no monsters here, no raving psychos with danger signs flashing in their eyes. And similarly, the women aren’t the she-asked-for-it-wot-a-slapper, or weak-kneed victims or ball-breaking bitches so essential to incels and Wild Men and their media apologists. Instead, it’s the so recognisable normalcy of all the characters that makes the play so gripping, chilling and – yes – real.

Ella Scott-Lynch plays all the women in a central performance that’s remarkable for its consistency, control and intelligence. Set and costume designer Isabel Hudson dresses her in a simple tank top and jeans and, finally, a cardigan is wrapped around the increasingly abused Everywoman. 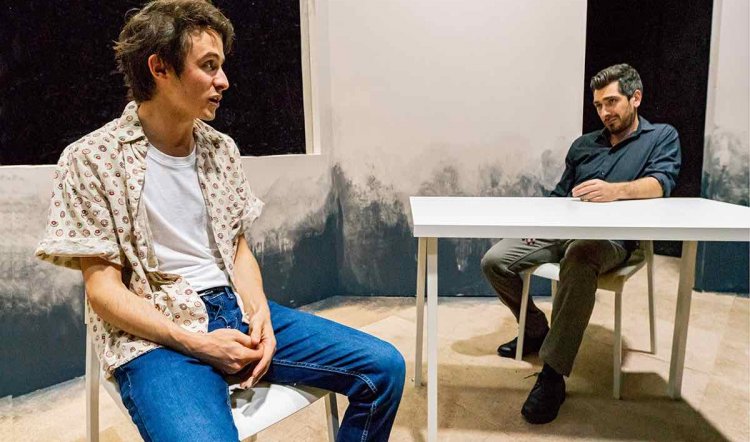 The men – no names given – range across class, story and occupation and each gives a sharply-delineated and convincing performance. There is a designer-dressed banker – Ashley Hawkes – whose middle class urbanity turns out to be a fragile carapace. Beneath it an even more fragile personality bubbles up like lava, burning all in its path. Mick Bani is a once aspiring footballer, now a brickie and fifth grade player. He is ostensibly a gentle family man who loves his girls, but...

Sporting the voguish upswept Tin Tin do and a line in laddish charm is Christian Byers’s Friday night rager. His cuteness should let him off the hook – he believes – when “consensual” sex with a hopelessly drunk pick-up becomes a voyeuristic fuck-fest for he and a couple of mates. And finally, skirting these characters through his position as a professional listener-therapist-interviewer, is the affable family man – Kire Tosevski – whose amiable yet relentless pushing of his young son is a harbinger of things to come; if only his wife could see it.

Appearing briefly in two telling scenes, the boy – played by Wylie Best and Thom Blake on alternate nights – is at once an innocent and also only too aware of what’s going on between his parents. At the performance I attended, Thom Blake gave an irresistible and convincing performance for whom spontaneous applause from the audience, after a practice run of his class presentation, was apparently unexpected!

As well as an exploration of relationships, King of Pigs is also a hard, hard look at Australia’s pervasive culture of “boys will be boys”. The fact is, grown men are permitted to be boys – irresponsible and immature – by that jocular excuse, sometimes leading to disastrous behaviour and, as we know, hundreds of murders. All of these facets are carefully polished and brought into the light with a compassionate yet clear-eyed sensibility. The various narratives are discrete yet combine in a relentless arc and the mounting tension and drama has the audience rapt and silent. 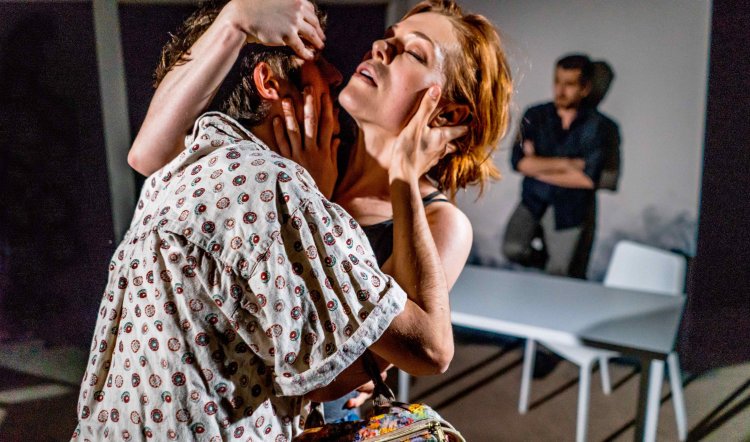 Rodgers’ script is ingenious, sensitive and well served by first-time director Blazey Best. As well as drawing outstanding performances from the actors, particularly Ella Scott Lynch, she achieves a dramatically satisfying production with the technical team. The lighting by Verity Hampson uses blackouts in conjunction with a richly atmospheric composed soundtrack by iOTA to punctuate and propel the action on Isabel Hudson’s simple, stylised set.

King of Pigs should make anyone think twice about any assumption or belief: nothing is as it seems and so much is denied and hidden, to the ultimate advantage of none. It is disturbing, thrilling and fascinating. Recommended without reservation.