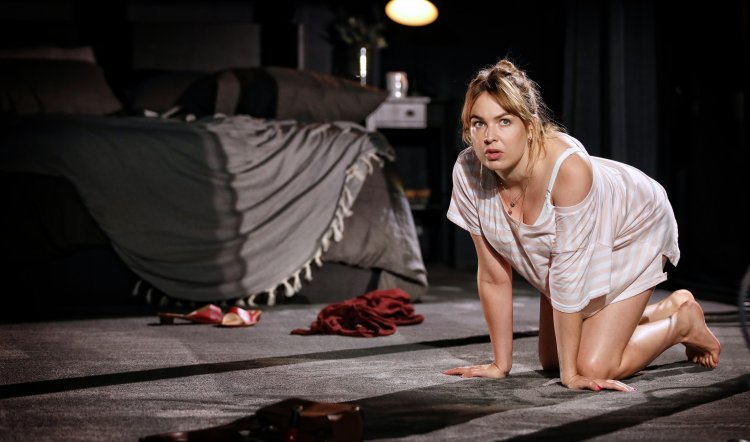 Anna Barnes was a wannabe writer, living in suburban Melbourne. She worked in a retro clothes shop until she woke up one morning desperate to do something with more purpose and meaning. She got a job in a family violence legal office doing PR and social media. The purpose and meaning she found there opened her eyes and this play is the result. It will open the eyes of most members of its audiences.

The first thing to consider is the terminology we read and hear every day. “Family violence” is Victoria-speak for what is known in NSW as “domestic violence”. Both terms sugarcoat the truth which is that on average, each and every week in Australia, a man murders a woman whom he once or currently professed to love.

Some blame drugs or their mothers, most blame the women they kill; none take responsibility for their behaviour and our society still tends to let them off the hook with platitudes and that title effect: “lethal indifference”. In a Q&A on the STC website Barnes says of her own initial reluctance to engage: “Sometimes you just have stories come along that won't go away. That was very much the case with this story. I tried very hard to make it go away. I wanted someone else to write it – I really wanted a Four Corners or a journalistic kind of take on this story. But it just wouldn't go away.”

How and why is set out in a beguiling and occasionally wryly humorous telling of her own story because, as she also says in the Q&A: “I originally thought about trying to write a traditional play based on the coroner’s report with characters and scenes, but it all just felt so inauthentic. I kept returning to my own experience of telling friends about these kinds of stories at night over a bottle of wine. I couldn’t stop telling these stories because I wasn't seeing them being reflected in the news; it wasn't reflected in what people were talking about. And I wanted people to know what was happening and to understand it in a way that wasn’t just about what a woman is dealing with privately. I wanted people to realise these stories are happening right under their noses. It's happening in your apartment block, it’s happening everywhere. It’s not uncommon. It’s not an issue of one race or one class – it’s a very Australian issue. The statistics continue to show it affects all classes equally, all races, and that was part of the story I wanted to tell.” 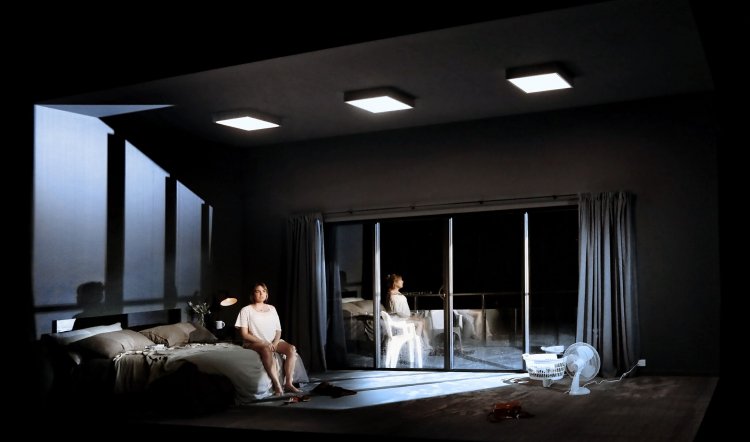 Barnes won STC’s Patrick White Playwrights’ Award in 2012 and Lethal Indifference was developed through the company’s Rough Drafts workshop program. It’s an exceptional work, not least because it’s a 90-minute monologue and therefore technically and dramatically difficult to pull off in both writing and performance.

The sole character is named “The Woman” and is portrayed by Emily Barclay. She is directed by Jessica Arthur in her first main-stage production as STC’s new Directing Associate and their work together is marvellously subtle, humane, intelligent and mesmerising. On opening night the attentiveness from the audience was palpable: no phone fiddling, no coughing, barely a move among the hundreds as Barclay roamed about the apartment setting quietly relating her story.

Working in the Melbourne legal centre gave Barnes access to more statistics and research into violence against women than any one person should have to carry. It spills out via The Woman, quietly spoken and matter of fact. The audience learns the unpalatable truths as The Woman learns them: (an abusive partner is the leading cause of homelessness for women and children in Australia). Then one day a colleague invites her to the coroner’s court for the report into the notorious murder of a once vital young woman.

As Barnes and The Woman tell it, “Reema” and “Ajay" were much like thousands of other couples caught in the cycle of male violence. He was a taxi driver, she a young woman he met while on holiday back in India. They married, returned to Melbourne and within months he was a classic Aussie abuser: paranoid, suspicious, violent, belittling and ruthless. Like thousands of other women of all races and class in this country, she was fatally failed by the police and legal system. 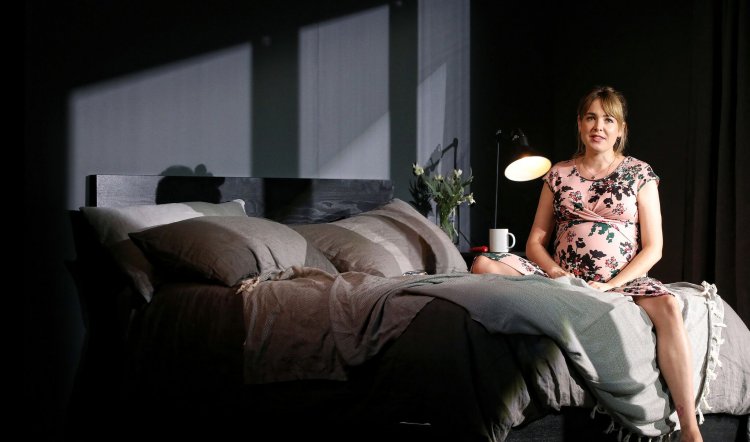 As The Woman, Emily Barclay delivers a performance of natural charm and persuasiveness. That she is also heavily pregnant is both startling and endearing in its casual revelation and incorporation into her ambles around the apartment. It also adds a slight unease to how we observe her: the apartment is a comfortable yet somewhat impersonal domestic setting (design Mel Page, lighting Alexander Berlage). Pale grey flooring, a nice big bed and glass doors onto a balcony and the night are almost ritzy – but not quite.

It’s impossible not to think about women who’ve been trapped in such luxury, then thrown over balconies by their “lovers”; nor to forget the Rear Window aspect of multiple dwellings and windows. The Woman also relates how screaming from a neighbouring apartment inadvertently reveals much about the sly skills of those determined to access an apparently safe environment.

If Lethal Indifference sounds grim and unappealing, please be assured that it isn’t, even as it leads us into the dark places that surround us. Against all the odds, the writing, performance and direction make this Australian story a rich, memorable and rewarding experience. As The Woman says, in telling bookends to the play, “There are two types of women in this world. Those that think family violence would never happen to them and those that know it could happen to anyone.” Be the latter. Totally recommended.

If you or someone you know is experiencing domestic violence, ring the Domestic for help on 1800 656 463. It’s a NSW statewide free-call number and is available 24/7.