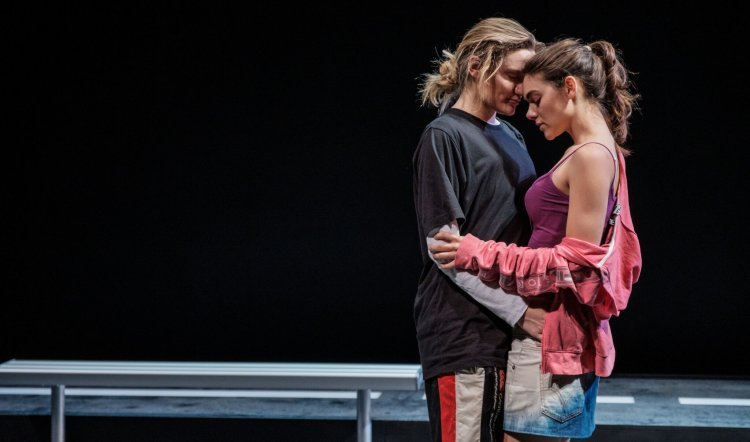 LOVE, Darlinghurst Theatre Co at the Eternity Playhouse, 16 November-9 December 2018. Photography by Robert Catto: above - Anna Samson and Rose Riley; below - the triangle; below again - Hoa Xuande and Rose Riley

Winner of the Wal Cherry Award for best new play in 2003 and an Awgie award in 2006, Love is yet another powerful play by Patricia Cornelius that’s finally made its way to Sydney, thanks this time to DTC. Do not hesitate to take yourself to the Eternity Playhouse to catch this fine production. A more expansive explanation is as follows...

Tanya (Anna Samson) and Annie (Rose Riley) meet in jail. For Tanya it’s love at first sight and for Annie – who is so desperate to be loved – she loves this love instantly and passionately. Annie is just 19 and almost childlike in her neediness. Tanya isn’t much older in years but in experience and autonomy, she’s another story. She protects Annie with fierce devotion.

Back on the streets Annie is the worker, Tanya the manager, neither blinks an eye at this division of labour nor at the labour itself. Their matter-of-fact attitude is somehow way more confronting than common depictions of prostitution – whether romanticised or brute realism. These are two of society’s lost souls who’ve found each other and are determined to hang on to the love and hope that keeps them afloat. 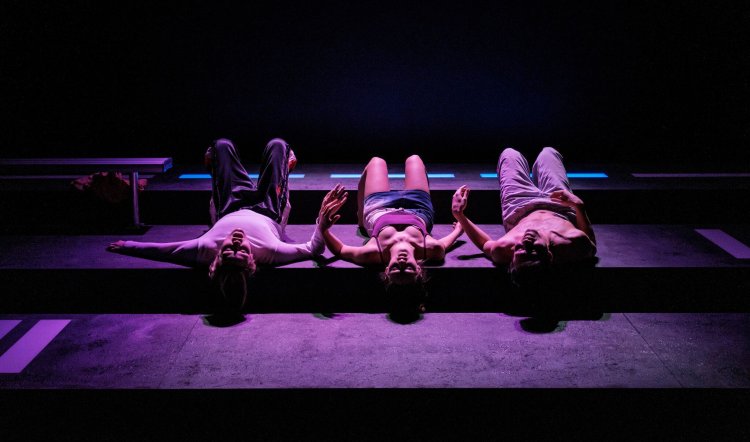 The hope is painfully illustrated when they lift a john’s wallet and explore its contents: credit cards, cash and possibilities. As they talk about what they’ll do with the loot, the poverty of their expectations is vivid. All they can think of is food, videos and going somewhere (anywhere – just somewhere). Then, in a huge leap of imagination from Tanya, she says she’d like a dog, “a big dog”.

With Tanya in jail again and Annie in need of succour, along comes Lorenzo (Hoa Xuande) a charming chancer. Whether Annie is just pragmatic or emotionally cauterised in blithely taking what he has to offer is debatable; either way, the result is that she works to feed his need for heroin; and finally, her own. When Tanya is released, she is persuaded by Annie’s pleas to join them in an uneasy triangle.

As the slippery slope of their lives gradually inclines downwards the two young women struggle to share their thoughts and feelings in words they simply do not have. Cornelius’s dialogue is never less than captivating and in Love she hears and expresses their inarticulate struggles and makes their hopeless optimism into something beautiful.

On an implacably urban-abstract set where plays of light, dark, angles and indifference leach away any possibility of humanity (designer Ella Butler, lighting Sian James-Holland), Love is depicted in all its complexity. It’s all rounded out by sound designer Nate Edmondson’s composed and found aural fragments.

Director Rachel Chant teases out the humour and pathos in the text, keeps a tight focus and also steers a clear course towards empathy rather than sentimentality. The actors do the rest: Anna Samson’s Tanya is a smouldering creature whose performance is vivid in her face and shoulders: she barely has need of words to convey powerful responses. In contrast, as Annie, Rose Riley bubbles and stumbles on a constant torrent of thoughts and feelings even as her limited vocabulary has her struggling. A remarkable pair of performances. Hoa Xuande’s Lorenzo is also a finely observed characterisation: plausibly endearing until he’s not and then as much a victim as a perpetrator.

As is the way with all Cornelius plays, she gradually draws and colours in her characters and their stories as if she were baiting a trap. It makes any glib rush to judgement an obvious flaw on the part of the viewer, not the other way around. The result is 75 minutes of astonishing theatre. Recommended without reservation.