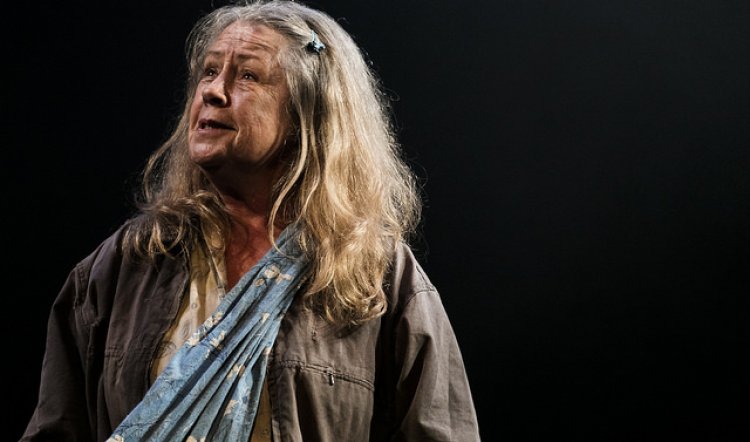 This production toured to Wollongong and Penrith in late 2016. That was the closest it has come to Sydney city until now. After huge effort and negotiation by director Matt Scholten and with Noni Hazlehurst turning down the offer of a role at Belvoir because she wanted to perform Mother, it has finally happened. And it was so, so worth it.

Hazlehurst’s performance is brilliant: you won’t see better. Daniel Keene’s play serves her talent as well as she serves it. Marvellous. This is what I wrote then and it’s what I would write now...

Mother is a tough, funny, poetic, tragic, unsentimental 70 minutes in the company of Christy, a cranky, sardonic woman who might not be as old as circumstances have made her. Hard times, past nightmares and too much booze have made her unsteady on her feet but clear-eyed and unimpressed by the society that has discarded her. 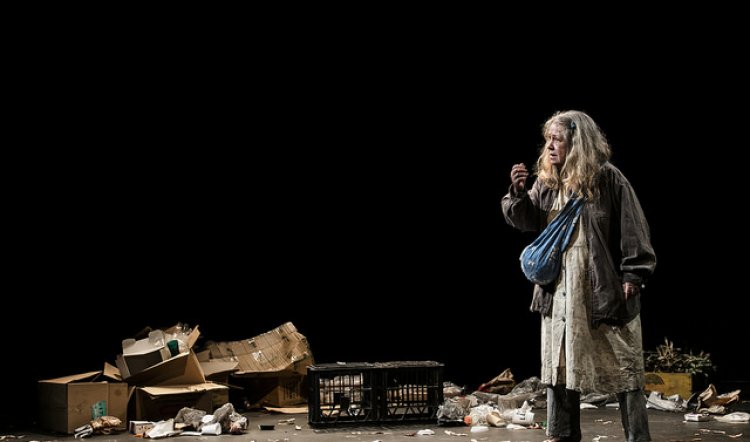 Got up in desperate clothes that have not quite fallen apart yet and grubby as a newly-dug potato, Christy is surrounded by meagre belongings that can barely be distinguished from the detritus of city streets. (Set and costume design: Kat Chan, lighting design Tom Willis.)

After yelling at noisy crows that seem intent on mocking her (beautiful sound design: Darius Kedros), Christy begins to tell her story – of acidic conversations with her husband Lenny that ripple and run like a tributary of Joyce. The scene shifts to a street, signalled by falling rain and footsteps passing nearby.

“I’ve got nothing,” she says. “I never had much but I’ve got nothing now / for some people that’s as good as me being a criminal / the looks I get are terrible / I have to turn away / I don’t know what my face must look like / I hope it doesn’t look like I feel...” 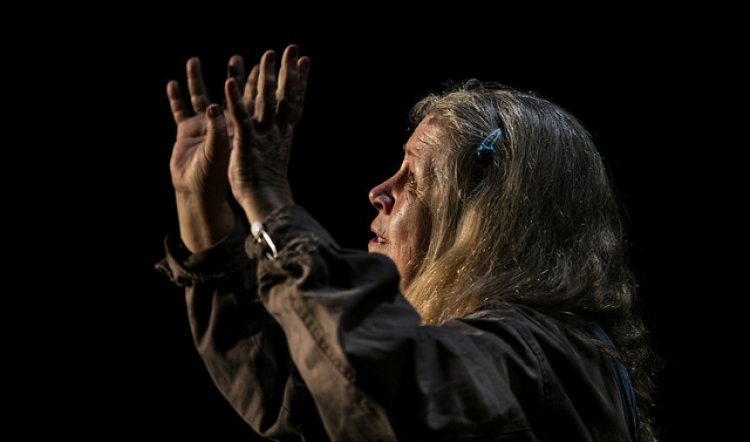 Such small moments of truth glitter like shafts of light in the darkness of Christy’s life and surrounds. The long ago death of her infant son is related obliquely and without self pity, but the particulars of it are clear to her listeners, although quite how and why are not. She is tragic but not pathetic. Beaten but not defeated. The domino incidents that crashed into each other to bring her to this point are so commonplace and likely it is terrifying: there but for the grace...

Director Matt Scholten has a long and rich history with Daniel Keene and his work and has also previously directed Noni Hazlehurst. Scholten clearly understands the nuances and rhythms of the work and has the confidence of the performer. The result is a seamless, fragile, intelligent and tough performance from an actress at the top of her game.

Mother is a play and Hazlehurst’s is a performance not to be missed. Catch it if and where you can.