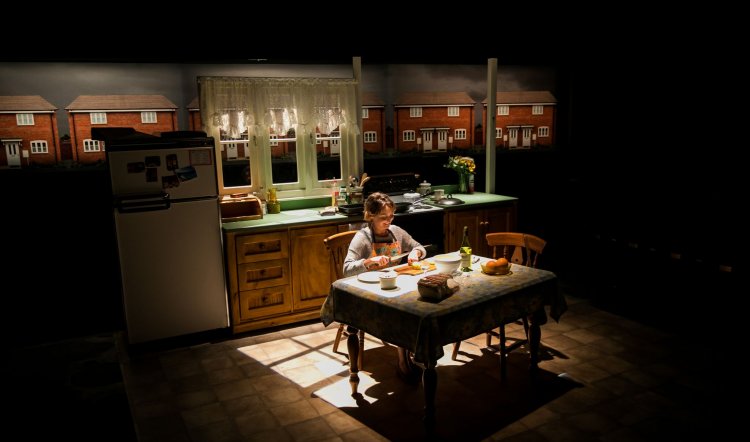 SHIRLEY VALENTINE, at Ensemble Theatre, 15 May-9 June 2018. Photography by Anna Kucera: above and below - Sharon Millerchip

In the late ’70s and early ’80s, Britain was in a tizzy over “bra-burning” feminism as young women in dungarees and Doc Martens marched on the patriarchy. What wasn’t immediately apparent, however, particularly to the rabble-rousers themselves, was that the majority were middle class. Not a thought was given by them to the plight of working class women, for whom the ideas of sexual liberation and equality were as likely as winning the football pools.

Remarkable, then, that not only did Liverpool playwright Willy Russell see the absence in the new politics but also, wrote successfully about it. He began in 1974 with a musical about The Beatles. John, Paul, George, Ringo...and Bert told the story of the Fab Four through the eyes of the unknown Bert. So cute, so tuneful – stuffed full of Beatles songs and four look-alike actors. The actual protagonist of the piece, however, was Barbara Dickson, then a bespectacled, mousy nobody who sat at a piano at the back of the stage and pole-axed audiences with a soulful voice that turned the famous tunes into something else entirely.

Yet Russell’s focus on an “ordinary” woman to tell the story of the Moptops was no gimmick, Dickson also starred in 1988’s Blood Brothers, an original musical about class warfare and maternal love. Nevertheless, long before then, he’d turned his attention to straight plays.

In 1980 a bitter-sweet comedy opened in London and unleashed Julie Walters on the world. Educating Rita was about a frustrated working-class hairdresser who signs up for an Eng.Lit. course at the Open University. In changing her life she also changes the alcohol-soured cynicism of her professor, and his complacency about England’s class system.

Then, in 1986, Russell went even further with his tragi-comic working class heroine in Shirley Valentine. In a 90-minute monologue with egg-and-chips and many characters, Shirley is beautifully wrought and in the Ensemble’s new production, Sharon Millerchip is simply sensational in the role. 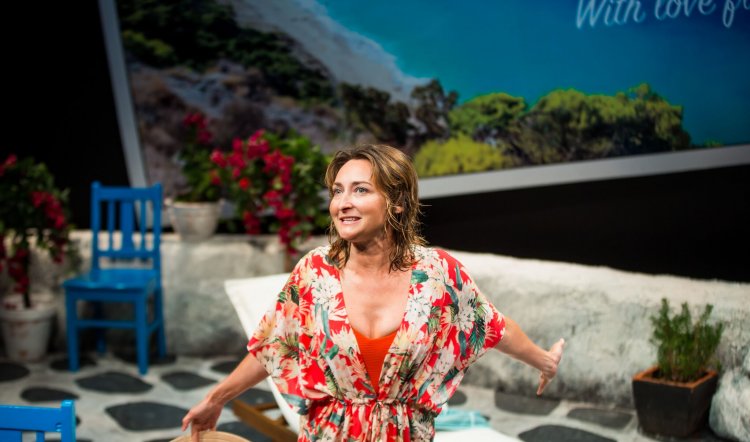 Directed with finesse by artistic boss Mark Kilmurry, this Shirley Valentine demonstrates the timeless quality of the play and why he was determined to entice Millerchip back to do it. (She was last seen on stage in 2013 being brilliant in another one-woman show: Joanna Murray-Smith’s Bombshells.)

Shirley is a 42-year-old Liverpool housewife whose shabby terrace is a prison and whose kitchen wall is her only companion, although not a responsive one. Her daughter is grown and gone and hubby Joe has turned into a sullen bully. (If it’s Thursday it’s mince for tea and if his plate isn’t on the table as he walks through the door...)

Shirley is painfully cheery as she slurps too much riesling while relating her thoughts of the day to Wall. She wonders what happened to Shirley Valentine before she became Shirley Bradshaw – with horizons no wider than the Isle of Man – because Joe won’t fly nor countenance the idea of “abroad”.

A chance encounter with her high school nemesis Marjorie, plus the exasperated action of best friend Jane in buying two tickets to Greece and giving one to Shirley, are the catalysts for change. That the personal is political takes centre-stage in the otherwise apparently whimsical action that follows.

Many will have seen the movie version – starring Pauline Collins as Shirley and filled with a starry Brit company of Tom Conti as the Greek taverna owner who unwittingly helps her find her clitoris, plus Joanna Lumley, Julia Mackenzie, Alison Steadman, Sylvia Sims and Bernard Hill – but the solo show, in the hands of Sharon Millerchip has no need of such distractions. 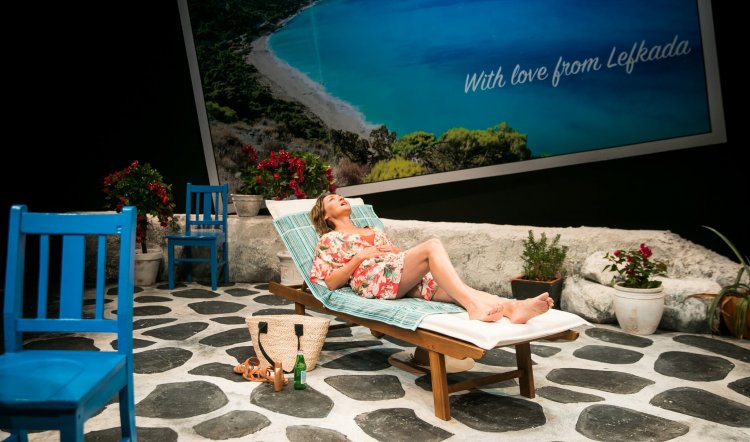 Shirley is one of those downtrodden women trampled not only by the rape of the North of England by the Thatcher government, but also by the heedlessness of middle class feminism. Yet, in an accent that initially slithers into North Wales before settling firmly on Scouse, Shirley also represents those who finally got out from under and fought back. Thank the gods, the siren call of the Greek Islands proves irresistible.

Divided by a short interval, the two acts are set first in Shirley’s kitchen, both realistic and stylised with appliances, kitchen table and “view” of a terrace street beyond. The Greek island of the second act is a huge dog-eared postcard of an idyllic blue Aegean. It’s fronted by magenta bougainvillea, whitewashed stone and a mosaic-topped table where she swaps riesling for retsina and the reclamation of her self. (Excellent design by Simone Romaniuk and lighting by Nick Higgins.)

Sharon Millerchip is memorable as Shirley. Her one-sided conversations with Wall and – in Greece – Rock, are by turns hilarious and heartbreaking. There’s much to be learnt from her apparently guileless theorising and what the play says about class and women is still painfully relevant. If one weren’t laughing so much with her, it would be easy to cry. Shirley’s basic question is one we would do well to ask in this money-mad, status-conscious, device-crazy era: “Why is it there’s all this unused life?” Totally recommended – but hurry.