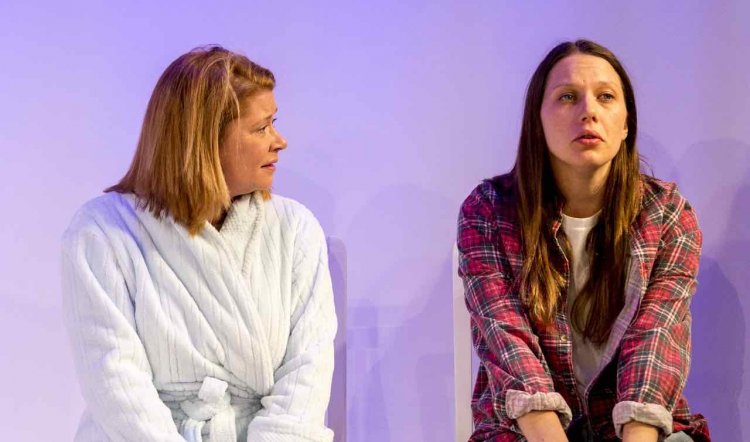 Anna (Brenna Harding) turns 18 and, never mind the right to vote or join the army and kill or be killed, she decides she also has the right to stop the medication regime she has been on most of her life. She wants to see who she might actually be and how she might actually feel – without the influence of the drugs which have controlled her moods and behaviour since early childhood.

Her mother Renee (Hannah Waterman) and her psychiatrist Vivienne (Penny Cook) are horrified in their different ways and for somewhat different reasons. Anna’s illness is deliberately unspecified by the playwright but involves disturbing mood swings and extreme behaviour – well beyond childish tantrums – as well as suicidal ideation. In addition, from her earliest years Anna was “a prodigy”, displaying precocious language skills and, as an eight-year-old, filling countless exercise books with vivid and disquieting stories. Now her ability to write is gone and she wants to know where and why.

Feaver, in her first full length play, adroitly lets us in on all this in the opening scenes via Vivienne reading one of Anna’s stories and Anna displaying extremes of charm and jarring conduct with her new, kind-of boyfriend Oliver (Shiv Palekar). Adroitly too, the first half of this two-hour-plus interval play is full of light, bright, wit and humour.

The comedy undercuts shadowy undercurrents and cunningly draws in the unsuspecting viewer so the revelations of Anna’s profound distress and illness come as more of a shock than one might expect. This is achieved through director Lee Lewis’s tight rein on actor-appealing histrionics and the serendipity of assembling a strong, splendid cast. 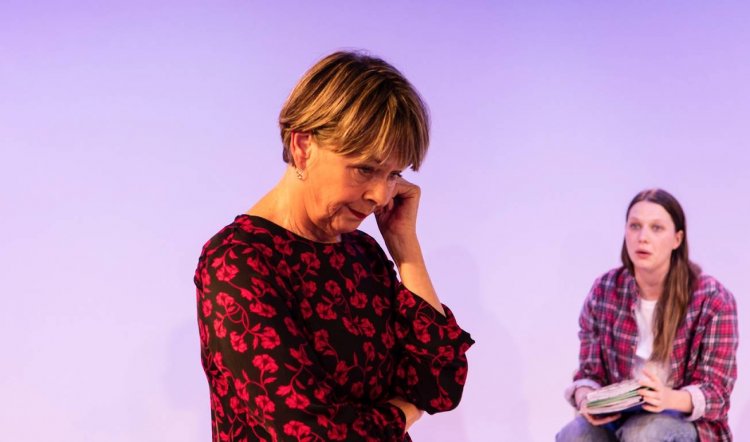 As most parents will recognise, the line between being protective and controlling is almost invisible and Renee frequently loses sight of it despite her best intentions. She is also bone weary and beyond exasperation after years of this tightrope walk of a life; she is terrified too.

At the same time, from a professionally objective perspective Vivienne is contending with the impending loss of a star patient (Anna is a thinly disguised case study in one of Vivienne’s much-admired books) and, despite her disinterested standpoint, she is also compassionately responsive to the girl – now legally woman – and her mother.

Thus The Almighty Sometimes is a rich and compelling stew of modern living and our shared failings and foibles. There are no monsters here, no blame, nor trite answers or questions, rather the preternaturally observant playwright presents a fascinating puzzle of love and hate, real and imagined, responsible and reckless.

The action is played out on a stark white set (design: Dan Potra) where the curved back wall melds with the floor making the absence of a horizon unsettling. A long white table and three white dining chairs and Daniel Barber’s lighting scheme project colour, shadows and suggestions of place. It creates an eerily effective setting made even more disquieting by Russell Goldsmith’s composed sound design. The “music” is like the interior of a medicated skull wherein the sound of blood rushing through arteries is akin to distant traffic; it’s both human and abstract and adds to the unnerving potency of the production. 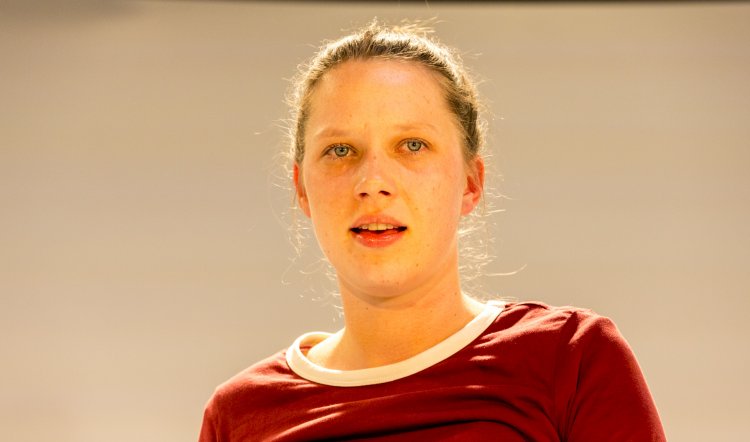 And, of course, the performances are breathtaking. Brenna Harding is by turns heartbreakingly childlike, infuriatingly arrogant, always powerful and a blaze of blue eyes and pain. Circling her when not being circled, Hannah Waterman is the wounded, desperate mother whose emotions and reason are almost bled out – almost. As the tightly-controlled psychiatrist, Penny Cook is at once rigid, fragile and appealingly insecure. Each of these three-dimensional women is recognisable and surprising, while Shiv Palekar’s role as the well-intentioned yet inevitably out-of-his-depth boy-man provides fine support.

Winner of the Judges’ Award in the UK’s Bruntwood Prize for Playwriting,  Australia’s Kendall Feaver has written an astute and accomplished play; she’s a name to be watched and cherished. And this premier Australian production is as good as it gets: hugely entertaining, beautifully performed and deeply rewarding. Recommended without reservation.