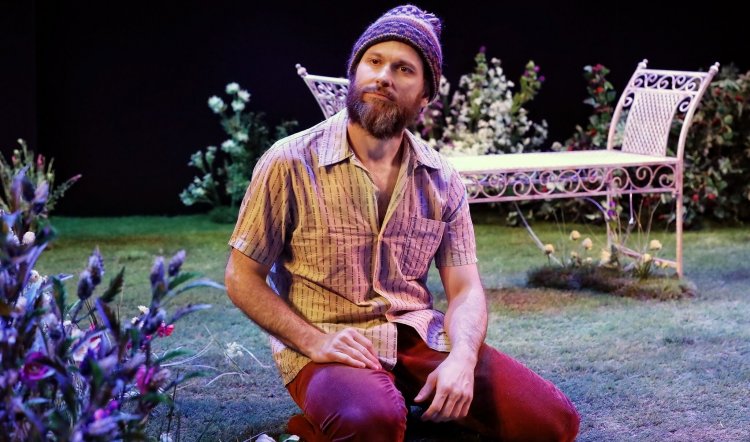 Written in 1973, Alan Ayckbourn’s The Norman Conquests is an interchangeable trilogy of deceptive comedies. Table Manners, Living Together and Round and Round the Garden are small epics of family life and bad manners that dip in and out of pathos and tragedy even as laughter hangs in the air. Each play takes place over one weekend but in a different setting in the same house, namely the dining room, the living room, and the garden.

Annie (Matilda Ridgway) lives in the house: the family home of she and her siblings, her brother Reg (Brian Meegan) and sister Ruth (Rachel Gordon). Both live a deliberate distance away so Annie is the 24/7 carer for their laid-up mother. (Upstairs and neither heard nor seen although her presence is like a dark cloud over their heads.)

Permanently put-upon Annie has finally decided enough is enough: she wants a weekend off from the bedridden tyrant and also from her non-bloke, local vet Tom (Sam O’Sullivan). He is a decent chap but as dynamic as a 25w light globe and Annie is fed up with his pathological dithering.

Reg and wife Sarah (Danielle Carter) have reluctantly agreed to relieve her and arrive in a flurry of suitcases and resentment. Sarah is a force of ill-nature and almost instantly discovers that Annie is intending a dirty weekend with her sister’s husband Norman (Yalin Ozucelik). When Norman arrives, instead of waiting as planned in the village for Annie to meet him, he’s clearly a major ingredient in a recipe for disaster. But the poo really hits the punkah when interfering, self-righteous Sarah phones Ruth and insists she drop everything and come down too. 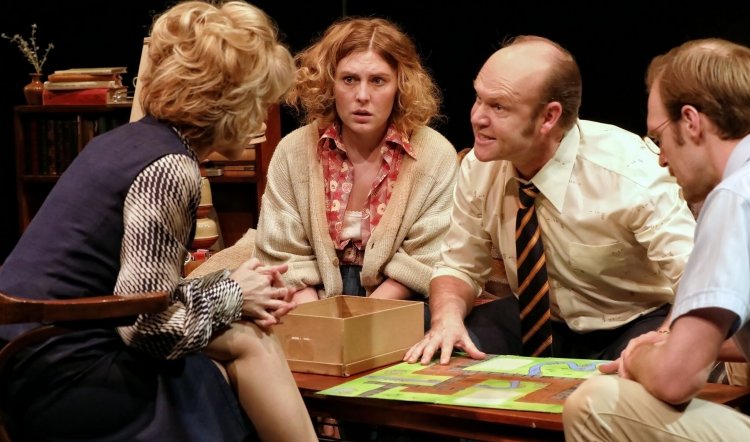 Casting is important for any play’s success, but especially so for The Norman Conquests. Director Mark Kilmurry is both smart and fortunate enough to have assembled the very best for this tricky production and also get the best out of them. The keys to the jigsaw puzzle are Annie and Norman. Matilda Ridgway has an uncanny ability to be by turns hilarious and agonisingly poignant and always minutely detailed and intelligent. She is marvellous as the long-suffering Annie.

Yalin Ozucelik is similarly excellent as the scraggy-bearded, cock-eyed optimist and Don Juan of suburbia. It’s a hard ask in 2018 when we are all too aware of how the most unlikely, unappealing rakes can make successful plays for women, so it’s a tribute to Ozucelik’s skill and charisma that he is a cheeky reprobate rather than cheesily repulsive. (He was of course an equally convincing Cyrano de Bergerac for Sport for Jove.)

The others are equally fine: Brian Meegan’s avuncular, beige real estate agent is as drab as his ghastly shirts and unambitious outlook on life – a real delight. As Tom, Sam O’Sullivan’s assumed physical geekiness is blissful: rounded shoulders, pen in shirt pocket and an apologetic stoop say everything about his social and emotional paralysis. That his main concern over the weekend is getting Annie’s cat down from a tree rather than wondering why he is driving her up the wall would have most women reaching for a meat cleaver.

And that’s the underlying energy bubbling beneath Ayckbourn’s always deceiving comedy. The deadly frustration of all three women is at once extreme and totally recognisable. Annie’s is the most obvious as she is taken for granted by all members of her family as well as cat and not-boyfriend. Sarah’s is the least appealing yet also understandable as hers is about thwarted ambition and a descent into recrimination and passive aggression (think a younger Hyacinth Bouquet). And although successful career woman Ruth squints myopically rather than wear specs, she is sardonically clear-eyed about her husband’s compulsion to make women “happy”. 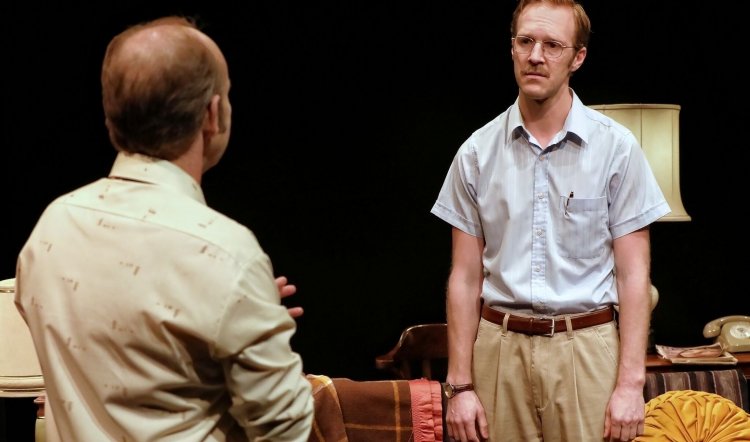 Tragicomedy is their common lot – also a realistic one and hardly dated. Back in the early ’70s, feminism had barely touched women like them because of the wider community’s derision at “bra-burning” and, ho ho ho, “women’s lib”. At the same time, as Ayckbourn has Annie nonchalantly ready to make her own sister a cuckquean, he turns the tables on her by having the tryst take place in East Grinstead – a town as tedious as it is funny in the hearing!

Visually the production is a triumph: Hugh O’Connor’s (three) sets and period costumes are spot on and completed by Scott Allan’s lighting – all somehow redolent  of the 1970s’ burnt orange. (I did wonder whether the bathroom suite might be avocado, although it was a worry that Annie set out mismatched crockery for the dinner party and coffee was served in cups sans saucers.) Nevertheless…

The Norman Conquests is one of Alan Ayckbourn’s greatest achievements, not only because of its extraordinary intricacy of plot and telling, but also because of what it said – and continues to say – about men and women, what it is that makes us laugh or cry or be furious, and also about family. It’s also a great achievement for Mark Kilmurry as director and for the company of actors who effortlessly handle the huge undertaking, including the home-made wine and deckchairs which are unusual props for straight up comedy gold. Recommended.