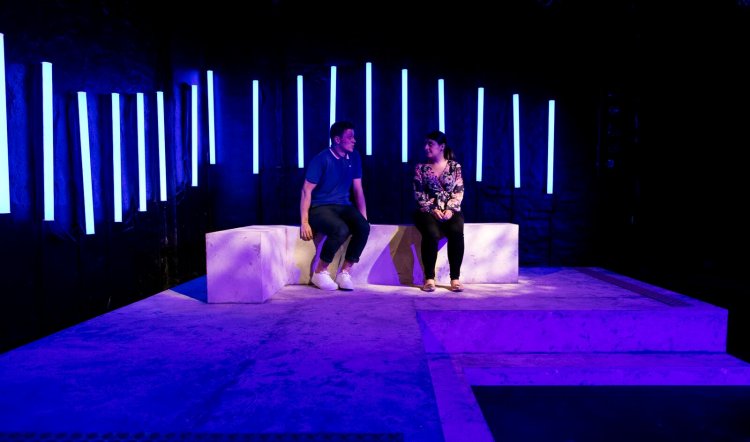 Written and performed by Phil Spencer and Susie Youssef and deftly directed by Scarlet McGlynn, The Smallest Hour is a comedy-drama of bittersweet surprises. Spencer and Youssef are characters – Chris and Shelley – and narrators in a 60-70 minute mini-epic of one evening out in a metropolis that sounds suspiciously like Sydney. (It’s a big, exciting city but you can’t get a drink after 10pm – sort of gives the game away really.)

Together and not together, each by turn tells the stories of various night people: Shelley is at a hens’ night for her bestie in one of those gruesome joints that specialise in such events. Chris is on his way to the same event to make a bit of extra cash as the entertainment: a stripper-policeman. His costume is hired, held together with Velcro and not very authentic.

Neither is happy with their circumstances and they meet on the pub’s stairs – she precipitately on the way out, he reluctantly on the way in. Beyond this moment, blighted by ineptitude and fate then assisted by a forgotten handbag, they tell a series of intertwined and beautifully detailed stories. These are of people each meets or observes along the way to a conclusion both predictable and unexpected. 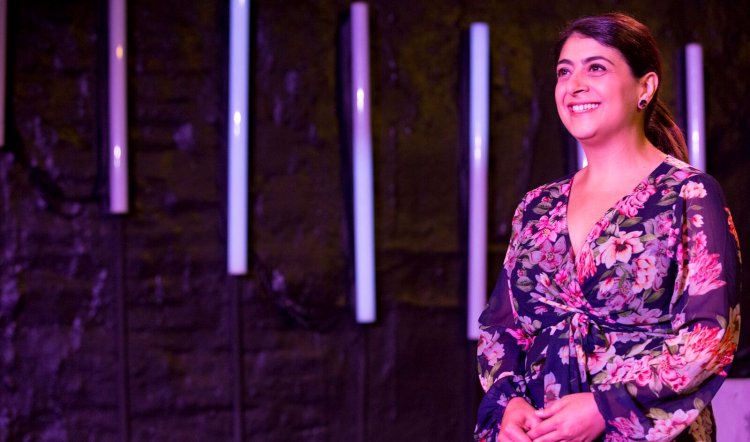 The play is simply performed on a set by Tyler Hawkins and lit by Veronique Benett, with neon strips and street concrete suggesting an urban anywhere at night. Steve Francis’s sound design and composition add an aural backdrop ranging from bar doof-doof to a Boobook hoot and the audience is allowed the luxury of imagining the rest.

Shelley and Chris’s (mis)adventures are initially typical of city living with the passengers on a bus figuring in the stories as well as people met on the street and in the pub. An old man walking along with a dog lead – but no dog – is a heart punch that also delivers an even bigger whack at the end of the evening and is where the heart and soul of the piece is to be found.

On opening night, after just a couple of previews, the pace of delivery and sureness with lines was not quite up to speed. While covered with ease and charm it’s obvious that The Smallest Hour can only improve as familiarity oils its wheels. Susie Youssef is a natural and adept performer and Phil Spencer is as sassy and twinkly as his quiff. Between them they negotiate the shoals of city living with wry, humorous heart. 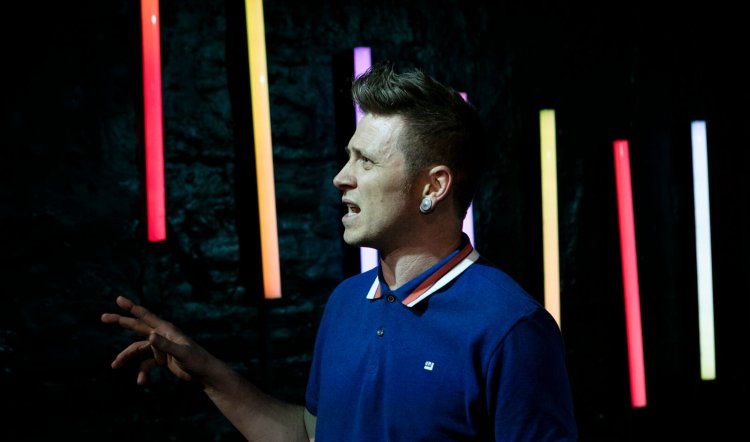 It would be interesting to see what might become of this play if as many sharp twists and less-than-standard tropes could be worked into the first 15 minutes as make the last 15 absolutely electrifying. Meanwhile, The Smallest Hour is an intriguing and plausible exploration of the way we live now and fulfils its writers’ stated ambition to bring us, “real moments of hopefulness, flashes of joy and on a good day—actual love.” Recommended.