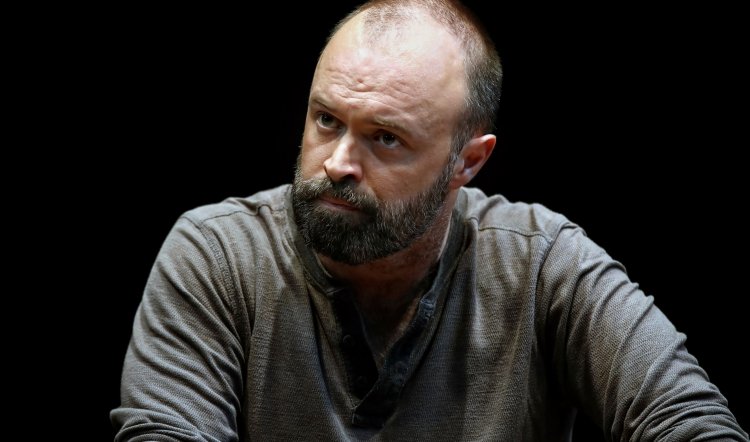 A VIEW FROM THE BRIDGE

A VIEW FROM THE BRIDGE, Red Line Productions at the Ensemble Theatre, 18 July-24 August 2019. Photography by Prudence Upton: above - Anthony Gooley, below - Zoe Terakes; below again - Gooley and Janine Watson

When A View From The Bridge opened at the Old Fitz for Red Line in late 2017, it quickly became evident that director Iain Sinclair had fashioned an extraordinary staging of Arthur Miller’s 1955 masterpiece. The production won the Sydney Theatre Awards for Best Independent Production, Best Actor (Ivan Donato) and Best Supporting Actor/co-Best Newcomer (Zoe Terakes).

It sold out and such was the demand, it did a further short season at Glen Street Theatre in early 2018 with Anthony Gooley taking over from Donato – in spectacular style – the central role of Eddie Carbone. Reviewing then, I wrote:

“Happy to say the result is a fresh triumph for all concerned. As the final blackout engulfed the theatre on opening night the suddenly invisible cast was faced with the same prolonged silence from the audience as had occurred at the Old Fitz. That in itself is an extraordinary achievement as the distance between players and watchers – a physical separation – had been as difficult to breach as it was to focus the attention of actors and audience alike on the relatively cavernous stage.”

Later in 2018, Sinclair again directed the play for a proscenium arch, this time for Melbourne Theatre Company at the Sumner Theatre. It was remarkably similar to look at, despite the addition of a starkly backlit doorway which briefly startled the audience, but otherwise seemed pointless. And the dazzling white light failed to distract from TV star Steve Bastoni’s performance as Eddie Carbone: lacklustre and disengaged the day I saw it. It meant the emotional weight of the play was carried by Zoe Terakes, from the Sydney cast, and the 18-year-old again demonstrated why the Sydney Theatre Awards had pinpointed their remarkable talent.

Eighteen months on from the Old Fitz, the production is at the Ensemble in what is arguably the best space in which to experience it. The steeply raked, three-sided auditorium gives it a little more air, yet still encloses the audience and actors in a tempestuous pressure cooker – a sensation inevitably somewhat dissipated in a conventional theatre. 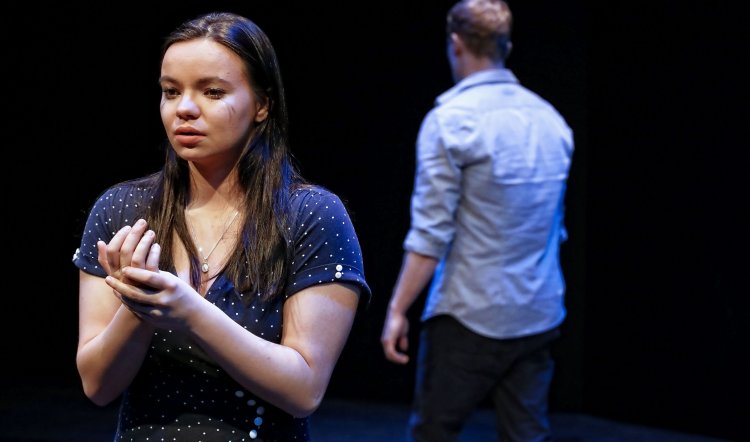 In particular, the latter’s contribution of such elements as the melancholy fog horn, a crackly recording of “Paper Doll”, and a menacing drone that signals impending trouble is powerful. Its subtlety is my only excuse for not noting it first time around.

What the Ensemble audience can also savour is the possibly unique result of a director who has steered a production across four stages and eighteen months. And, in that time, actors who have explored and understood their roles to an extent that may well be unmatched in their careers.

Terakes in particular – now 19 – has tangibly matured as the girl-becomes-woman Catherine. They somehow imbue the beginning of their journey with a coltish, gangly quality that is innocence personified. They love their kind uncle Eddie without guile and a painful sweetness. It makes the second half of the play and their sorrow and disillusion even more heartbreaking.

Gooley too is now a towering presence as the longshoreman who can neither comprehend nor face the reality of why he is unmanned by his little girl growing up. His Eddie is a hardworking, nice guy for whom “my respect” is paramount and self-knowledge impossible. When Alfieri speaks to us of the black tunnels of Eddie’s eyes, there they are, boring into Alfieri’s back like death rays. 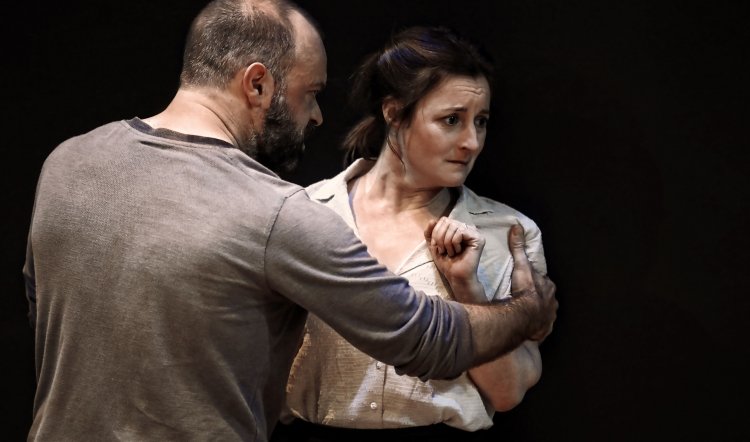 Eddie must first deal with Catherine’s excitement at being picked for an office job, straight from the classroom; and Beatrice’s insistence that he let her go. Then, with the late night arrival of Beatrice’s nephews Marco and Rodolpho – illegal and desperate for a better life and the all-important work – Eddie’s disquiet gradually curdles into hostility.

Rodolpho is now played by newcomer (to this company) Scott Lee and he fits seamlessly into his role and place in the drama. He is as youthfully frolicsome as Catherine and the two naturally gravitate together. His aunt Beatrice watches with preternaturally knowing eyes as Eddie prowls and antagonises and Rodolpho naively aspires to acceptance and love.

When the fragile chain of relationships is broken it is both shocking and inevitable. We have been warned of the likely outcome by the world-weary Alfieri, but it’s to no avail: Eddie’s brutish response to being thwarted as a husband, uncle and something unspoken is the catalyst for inescapable consequences.

It is unlikely that a better production of A View From The Bridge will be made any time soon. It has benefited from all the above and is brilliant: funny, tragic, and as timely and fresh as if written in 2017. Once again: recommended without reservation.