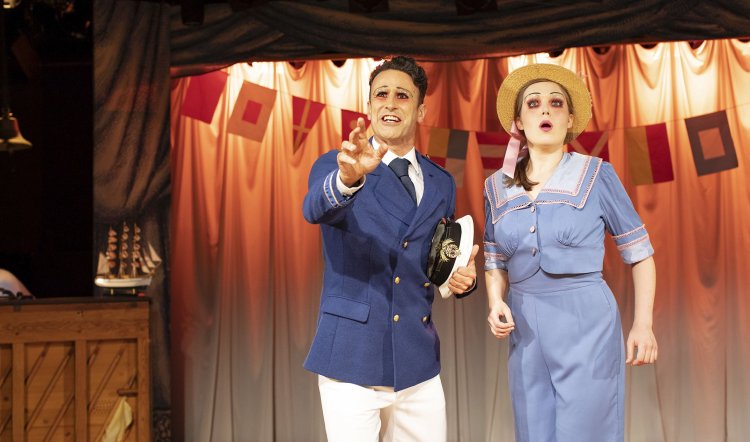 HMS Pinafore was Gilbert & Sullivan’s first big hit, delighting Londoners when it opened in early May 1878 to merrily lampoon Queen Victoria’s navy and fossilised, class-bound society. Imagine how Arthur Sullivan felt, then, when at the end of that month, he was among the crowd watching naval manoeuvres off Folkstone and saw the Kaiser’s battleship SMS Grosser Kurfürst ram and sink its compatriot, SMS Konig Wilhelm, killing 275 sailors.

The incident was among many in a tumultuous year that saw the Royal Navy face off against the Turks and Russians at Constantinople, the frigate HMS Eurydice capsizing off the Isle of Wight with just two of its 319 crew saved. During the summer, two pleasure cruisers collided on the Thames and close to 700 day-trippers drowned. And the first of many proxy wars with Russia was started with war declared against Afghanistan. No wonder London loved HMS Pinafore and flocked to it.

We’re also living in tumultuous times, you may have noticed. Every day the outlook is bleak from most parts of the world, while at home political corruption and stupidity results in a land on fire. Happily, director Kate Gaul’s vivacious, witty and saucy production of HMS Pinafore is the perfect antidote to the daily news. If this Pinafore was available on Medicare we would all be a lot better off (a doctor writes). 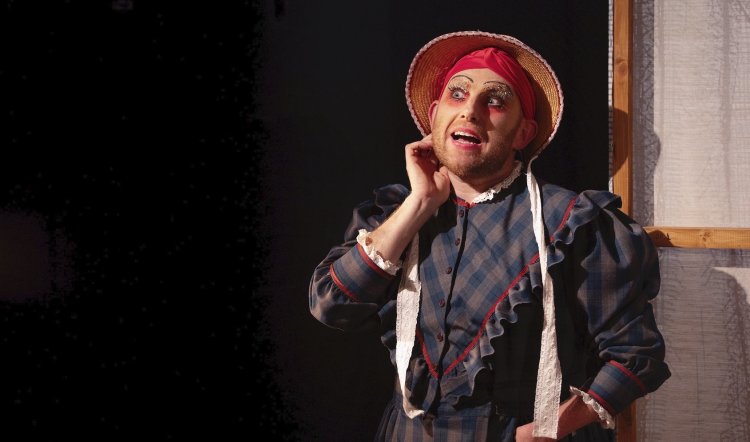 While staying true to the original, this Pinafore is shorter, naughtier and nicer and offers two hours (including interval) of lighthearted nonsense of the highest caliber. The show opens with a deliriously rackety overture reminiscent of earnest amateur efforts the world over. A reduced chamber cast of eleven play a variety of instruments on a raised stage flanked by ill-painted scenery similar to the Woop Woop Amateur Dramatic Society’s end-of-year panto. It’s a crafty way to draw in the audience because actually, the show is bursting with talent and expertise and basically it’s all joy and effervescence for the rest of the voyage.

The story: middle class Josephine (Katherine Allen) is in love with lower class sailor Ralph Rackstraw (Billie Palin). His commanding officer is her father, Captain Corcoran (Tobias Cole) who has his sights set on Josephine marrying Sir Joseph Porter, First Lord of the Admiralty and a Cabinet Minister (Rory O’Keeffe). Enter Little Buttercup (Thomas Campbell), a lady of uncertain vintage and probity who has more secrets than are immediately obvious...

These attributes go for the rest of the crew too. Gender seems to be as fluid as the Mediterranean with Bobbie-Jean Henning, Jermaine Chau, Gavin Brown, Dominic Lui and Zach Selmes playing fast and loose with frocks, sequins, moustaches, bare chests and bosoms and standardised make-up that makes them same, same but different. (Set and costumes: Melanie Liertz, hair and make-up: Rachel Dal Santo). 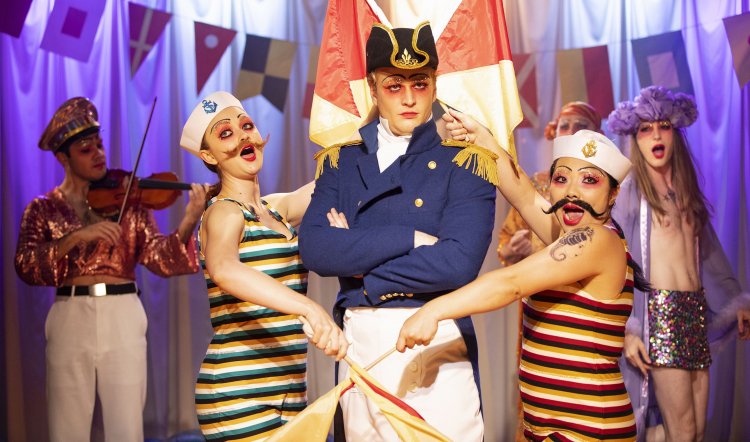 With Sean Luther Hall raucously playing up to his wicked character’s name of Dick Dead Eye, while marital and social mayhem break out in every direction, this HMS Pinafore is akin to a comedic massacre of the innocents. Play School goes to big school or, Big Ted and Jemima-do-Fellini Satyricon.

It’s a glorious production made memorable by Nate Edmondson’s sound design of creaking timbers and whooshing waves, lighting designer Fausto Brusamolino making much of the possibilities of amateur theatre including party lights! Then music director Zara Stanton’s seamless orchestrations for players expert and not so much, and Ash Bee’s choreography doing the same for hornpipes, jigs and clodhopping tars.

In assembling her super-talented crew of singer-actors, director Kate Gaul proves herself to be an alchemist, fashioning an effervescent entertainment for audiences young and old from a creaky old warhorse. Just the ticket for a summer or Christmas outing: all aboard for the cruise of the season. Recommended without reservation.