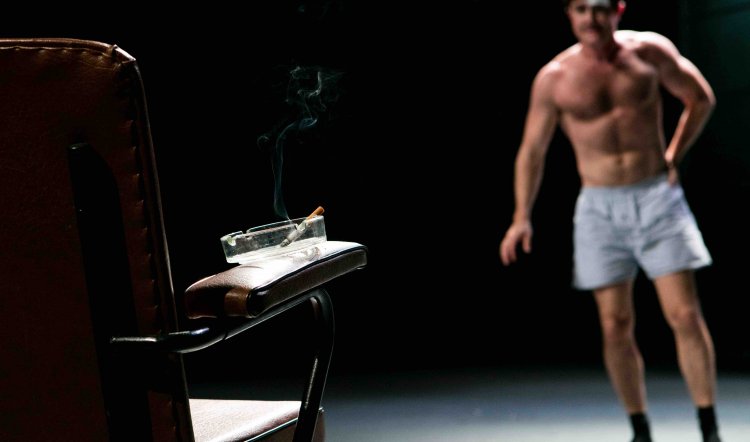 Tommy Murphy’s new bio-drama Packer & Sons opens with an electrifying scene that’s in turn instantly comical, immensely theatrical and true to a real-life event. (As an audient who’d been there at the time remarked on opening night.)

It’s not often that real life can do that so neatly and it sets the tone for the rest of the play’s two hours plus interval. Packer & Sons follows a bumpy course from the great-grandfather’s legendary beginnings with a found coin and a 12-1 winning bet, all the way to James’s grandiose tower at Barangaroo. And in getting there, via Sir Frank and his sons Kerry and elder brother Clyde, it rarely flags.

Directed with verve, precision and sensitivity by Eamon Flack, the play is absorbing for a Sydneysider. However, it will be equally fascinating to others as although it’s about three generations of one of the city’s most (in)famous families, it’s also about the universals of frail human behaviour, toxic masculinity and boundless ambition.

The structure and characters need some concentration at first as, in major roles, Josh McConville plays the young man Kerry and Kerry’s son, the adult James; Nick Bartlett is Rupert Murdoch, his son Lachlan and others – and John Howard takes on Sir Frank and the older Kerry. They quickly slot into place in the scheme of things as we join Sir Frank in his rise to tabloid press supremacy while happily bullying his sons into corporate servitude.

It has been said that Sir Frank’s nicknames for his sons – Dumb-Dumb (Kerry) and Fatty (Clyde – Brandon McClelland) were affectionate – but even in the middle of the psychologically ill-educated 20th century, it was uncomfortable and excruciating for the two boys-to-men. Frank was a lifelong bully who married upwards and was a corporate thug – plain and simple. 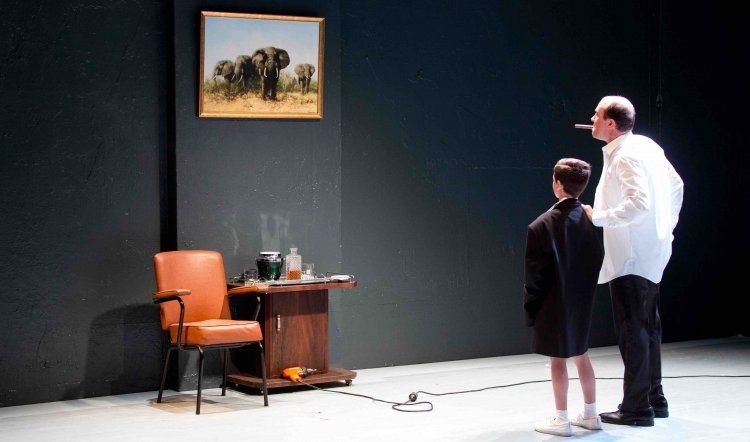 Their dramas are played out on an uncluttered stage (designer: Romanie Harper, lighting: Nick Schlieper) that also manages to incorporate the tobacco-reeking, clubby, red leather and timber ambience of the executive third floor at 54 Park Street – HQ of ConsPress for many years. It’s all about the machinations of the men: the only mention of women is a casually dismissive gag about “whoring” – which is also accurate.

Among the various items of office and leisure furniture and hospital beds which are placed and removed by the actors, is one prop that is simultaneously comical and menacing. It’s a painting Kerry instals in his office when he takes over from his father. It depicts a herd of elephants on an African plain and a central, massive animal, trunk and tusks aloft, apparently threatening the viewer. Piquant to recall that nobody ever mentioned how that animal was most likely the herd’s matriarch – not an alpha bull!

Anyhoo, fight and movement director Nigel Poulton is a significant member of the company. Josh McConville’s younger, vodka-swilling Kerry gets the living daylights beaten out of him in a drunken brawl that highlights the overarching need for the Packer men to be butch and on top. It’s a performance in high contrast to his switch to a characteristically ill-defined and tenuous James.

This complex portrayal of a human being is at its most powerful in the key sequence of the One-Tel debacle. James is obviously in Jodee Rich’s thrall – admiring the apparently tech-savvy entrepreneur and his free-wheeling confidence (he roller-blades, for heaven’s sakes) – and is also unconsciously desperate to please Kerry and make an independent success of the venture. 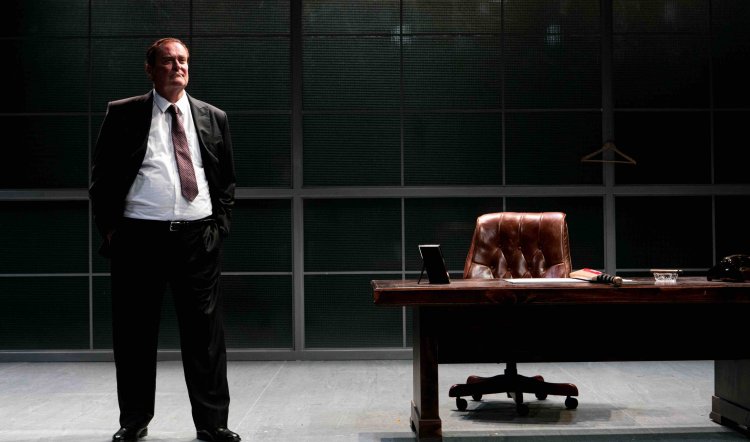 The awful thing is, as the play makes clear, James had all the right business instincts but was sucked in by a chancer. And eventually, he was deliberately hung out to dry by his father. James breaks down for what we now know will be just the first time. It’s impossible not to watch Kerry lying in his hospital bed after a kidney transplant and wish the extraordinary generosity of the organ donor had seeped into the Packer heart and on to his son.

As Sir Frank and then as the older Kerry, John Howard is – proper use of an over-used word – awesome. Part of a beautifully-depicted generational transition is the reluctance of the old man to give way to the younger. In both instances, in somehow looming over all, Howard is rightly menacing in his physical and emotional power. Yet they're also risible in their refusal of the sons' future-forward ideas. (Sir Frank thought Kerry’s interest in new-fangled TV was stupid and Kerry thought James’s vision of everyone having the news on a phone in their pocket was brainless.)

With a tongue-in-cheek-exciting movie-style soundtrack by Alan John (sound designer David Bergman and Steve Francis) Packer & Sons is a classy achievement by all involved. It’s entertaining and funny as well as revealing and profound. No matter what you think of James Packer’s involvement in the vileness of the gambling industry, the corruption he was so easily able to squeeze from politicians, and the blight on public land that is Barangaroo, it’s impossible not to look at the boy and man with empathy and sadness. He never stood a chance. There but for the grace of Someone or other… Recommended without reservation.

Disclosure: I worked at Consolidated Press for ten years on The Bulletin and had a passing acquaintance with a young, heartbreakingly sad “Jamie”; and somewhat closer encounters with Kerry. I witnessed the bullying of the son by the father and also the unjust summary sacking of The Bulletin’s best-ever editor, David Dale. It was downhill for the publication from then on.