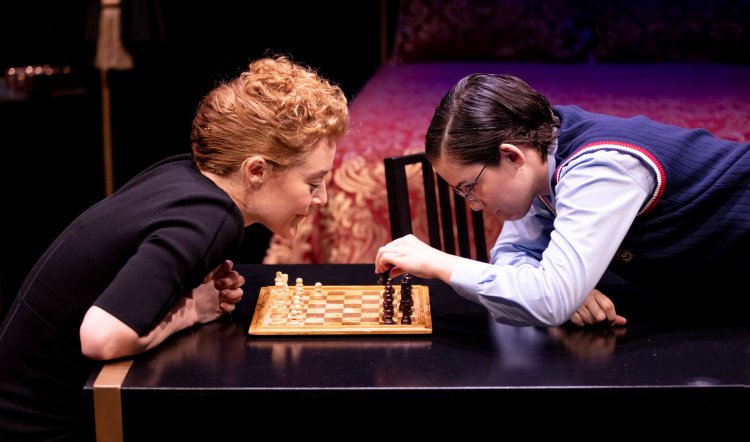 Kate Hennig is a Canadian playwright and The Last Wife was first produced for the annual Shakespeare Festival at Stratford, Ontario in 2015. It’s her version of how Catherine Parr (Nikki Shiels) became the sixth – and last wife – of Henry VIII (Ben Wood). And while it depicts historical events and characters of 400+ years ago, it does so anachronistically and successfully in the language and dress of the 21st century.

Piquantly, given the monarch’s lifelong preoccupation with women, the play opens and stays in Henry’s bedchamber. Designed by Simone Romaniuk and lit by Nick Higgins, it’s a shadowy space of opulent drapes, a pair of oversize contemporary portraits, and all dominated by a large and sumptuously-covered and cushioned bed – top of the range Nick Scali, perhaps. It’s here that Henry, lately rid of his fifth wife, stalks, bullies, charms and cajoles the recently-widowed Catherine into agreeing to marry him.

The mercurial behaviour displayed by the king in his quest for “Parr” as he nicknames her, is alternately beguiling and frightening. It illustrates in short order why an intelligent woman, left independently wealthy after three husbands (her spouses died too, but not by her whim), would agree to such a dangerous liaison. Henry’s volcanic temper combined with absolute power leave her no choice, even though she is also being pursued by, and is pursuing right back, the younger, more handsome and palpitatingly ardent Thom Seymour (Simon London).

Observing from the sidelines are Henry’s two daughters. Mary (Bishanyia Vincent), is as sardonic and sour as a sack of lemons and, with a crucifix ostentatiously on her bosom, is dangerously determined to maintain her Catholic faith. Her younger half sister Elizabeth (Emma Harvie) is more circumspect and also unbothered by either Protestantism or her father’s heretical dissing of Rome. She is yet to develop the steely resolve that would turn her into the Virgin Queen. 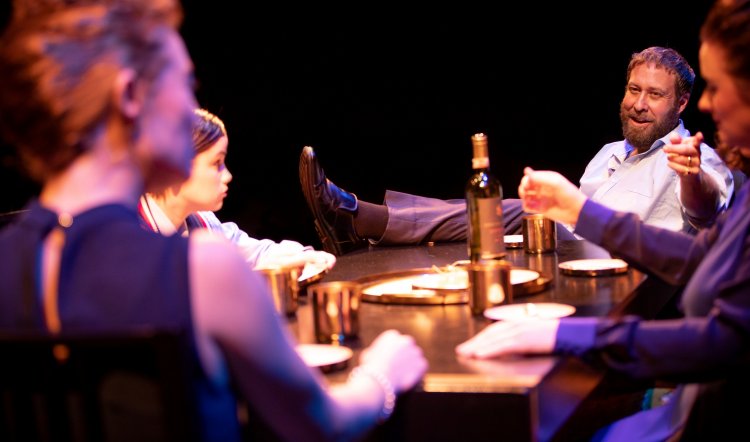 Oblivious to the machinations of the adults, Henry’s young son and heir Eddie (Emma Chelsey) plays with his model ships, chess set and anyone who will pay attention to a lonely kid. This family is not so much dysfunctional as royal and the insights Hennig offers by making them accessible and contemporary are frequently startling and often funny; as well as scary.

Although written before #MeToo aimed a broadside at the patriarchy, The Last Wife has Catherine in a skirmishing guerrilla campaign of her own as she seeks to have Henry’s daughters restored to their birthright as princesses and heirs and also – god help us – educated. An exasperated Henry tells her to “stop pushing her liberal gender rights” on him, but nevertheless is smart enough to know she’s right and makes the proclamation.

History now relates the consequences, and it’s fascinating to watch it build and play out – as a prequel – in this entertaining comedy-drama. Director Mark Kilmurry has taken just the right approach in maintaining a taut yet comfortable pace among these watchful, properly nervous people. When a wrong word or look can result in a one-way trip to the axeman, and when that word or look can be different from day to day, it’s not surprising that the palace reeks of paranoia.

The fine cast contributes greatly to the success of the production too: Nikki Shiels and Ben Wood are a beautifully matched study in stark contrasts: light and dark, subtle and swaggering. She is at one moment defiant to the point of crazy-brave; the next, her wretchedness in the face of competing desires is palpable. Wood too, is a rich complication of charisma, intelligence and frustration while his ill-health and pain increasingly loom dangerously over every moment. They are human despite everything. 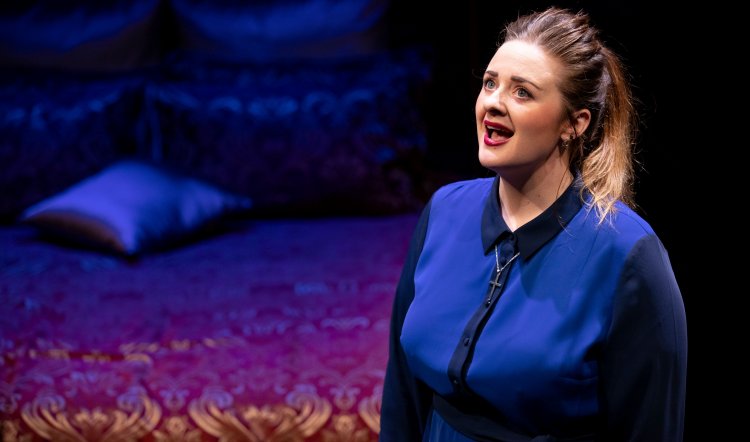 Bishanyia Vincent is magnetic and funny as the crabby Catholic princess. Her implacably stubborn demeanour is definitely that of someone who will one day morph into “Bloody Mary”, the queen whose solution to religious dissent was to have 280 leading Protestants burnt at the stake.

As young Elizabeth, Emma Harvie makes the most of the least-well defined and written role and is instead a pivotal presence of watchful witness. Thom Seymour is also a tricky role, as he vacillates between self-preserving guile and manly charm, yet Simon London manages to make him – mostly – credibly appealing. As the future Edward VI, Emma Chelsey is remarkable as the perky boy who yearns for warmth and approval while simultaneously being all too aware of his exalted position: obnoxious and cute by turns.

Altogether, this production elevates an already witty and fascinating play to an even higher level through excellent performances and understanding of the foundations on which the comedy – and drama – are built. More good news is that Hennig intends a trilogy and has already written the next part! Recommended.