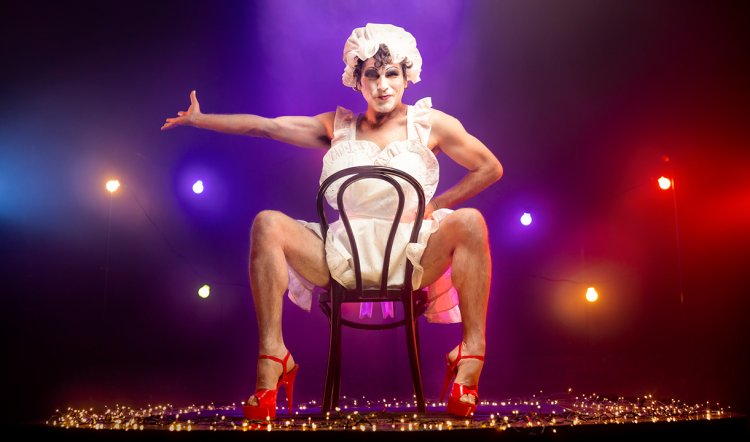 In 1975 Reg Livermore became an indelible legend as he ruthlessly beat into submission deliriously happy Sydney audiences with his path-breaking, heart-breaking, record-breaking theatre-cabaret show Betty Blokk-Buster Follies. Incidentally it put an old cinema, the Balmain Bijou, on the cultural map and more significantly, it changed for good the face of Australian niceness and live entertainment.

Now, believing it’s well past time for a fresh aesthetic shake-up, producers Andrew Henry and Vanessa Wright of the Old Fitz and Red Line Productions are behind this “reimagining” – with the backing of the Sydney Festival. 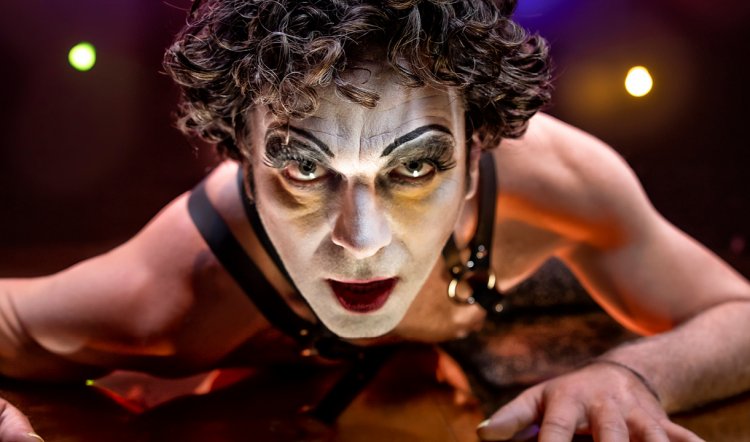 The 70-minute show is a seamless mix of original and new material, although gratified humming from older members of the audience greeted the old numbers. But from the moment the beloved “saucy hausfrau” bared her bum as she pranced about in mob cap, flouncy mini and vertiginous high heels, it was obvious that Sydney is more than ready to be castigated, shocked, teased and politically roughed up all over again.

Most effective, in a gasp-inducing recognition of a bigger truth was the horrified laughter that greeted the suburban matron chained to her kitchen sink. It’s a visual and psychological nightmare and more than plausible. As is Beryl and her awful mission in life to stop everything that might be nice. How many of us know someone like that – the ultimate NIMBY! Interesting though, to learn that some of the Betty-isms have had to be toned down or removed: we live in semi-precious times, as well as more enlightened ones.

In between these monsters in the dark is fabulous music, from the tightest band – Andy Davies on drums, Tina Harris on bass and occasional vocals, Andrew Worboys leading from keyboards and Glenn Morehouse on glorious guitars, (sound design Anthony Lorenz). Quong Tart is also abetted and spelled by the hot trio of Kaylah Attard, Melissa Pringle and Elenoa Rokobaro with choreography by Ellen Simpson and sumptuous costumes by Tim Chappel. Spectacular. 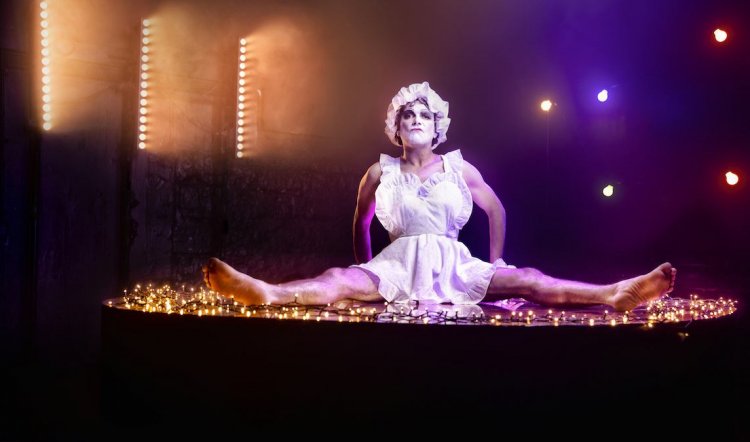 The always picturesque Spiegeltent is transformed for Betty by Brian Thomson’s simple setting of semi-circular stage and proscenium frame, all outlined in fairground lights that constantly change colour. Together with Trent Suidgeest’s lighting design of spots and atmospheric washes, the room is a den of earthly delights.

This Betty Blokk-Buster for the new(ish) century is the remedy for bad times we need right now. And in the role, Josh Quong Tart is a revelation and total rock star. Recommended without reservation.