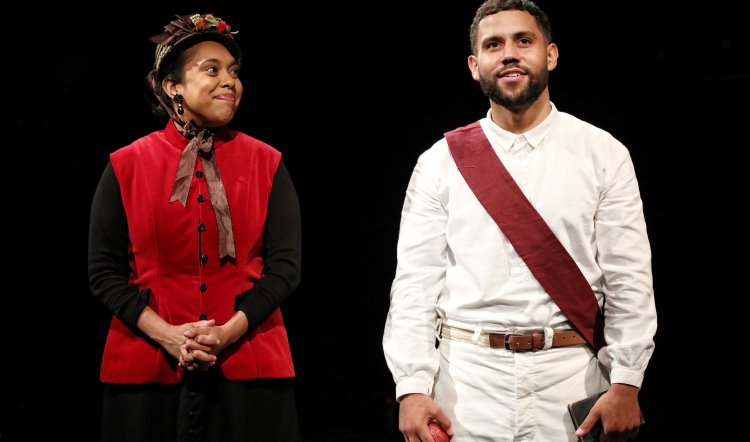 The opening night audience at the Ensemble heard that this play has been years in the making. From Geoffrey Atherden’s first draft of a little-known Australian story that fascinated him, to the kindled interest of Festival director Wesley Enoch, and the involvement of the Balnaves Foundation in funding the early work; then the twists and turns and hiccups that finally brought Enoch to the table as director of the play. And it’s all been worth the effort.

Black Cockatoo is the true story of the first-ever international touring sports team to visit Britain – 150 years ago – and take on the Mother Country at cricket. Thirteen young Aboriginal men from country Victoria, including Johnny Mullagh (Aaron McGrath), spent weeks on a sailing ship before playing innumerable matches against teams as exalted as the MCC and as not exalted as Islington.

All well and good, but on their off days they were compelled to perform in spear-shaking, boomerang-chucking, black savage-capering vaudeville performances where it would seem, their (white) “manager” raked in the real cash. How do we know this? Good question. Deep in the cool, dark archives of the Wimmera Discovery Centre are boxes of artifacts and relics and in a switch to the present day, a group of young Aboriginal activists breaks in late one night. 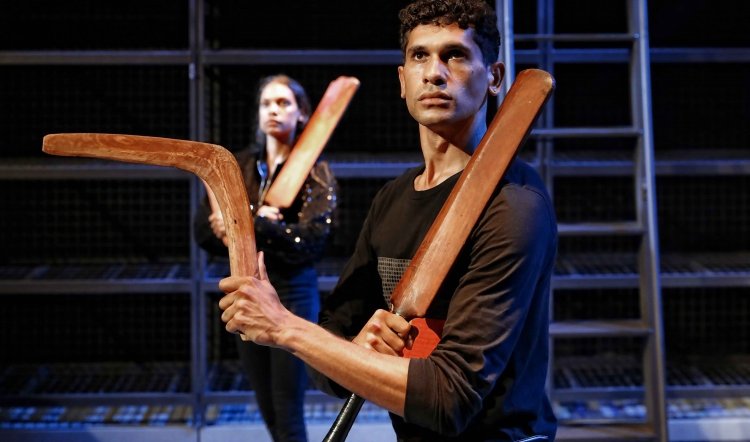 The play pokes gentle fun at the earnest young activists and their strangled political jargon, but amid their own confusion and mixed messages it quickly becomes clear that the original story is not as clear-cut and heroic as we might think; and neither is the present-day – an Australia that still stumbles and turns away from its past and literally whitewashes uncomfortable truths.

Guiding the audience and the players through this melange of history and politics is the Curator (Luke Carroll). He’s an ebullient presence, ad-libbing and moving persuasively between past and present, a Sydney theatre and a small-town Victorian museum. He’s a character at once reassuring and provocative and as he flits between the tetchy activists and the bewildered cricketers, the strands intertwine to draw us forward.

Four other actors take on the various characters of the tour and the Centre break-in. For the cricketers, the over-riding sense is of bewilderment and, finally, disappointment. In Britain meanwhile, Chenoa Deemal is an entirely spiffy Lady Bardwell, the zealous Marxist-feminist supporter of Johnny Mullagh and his team. 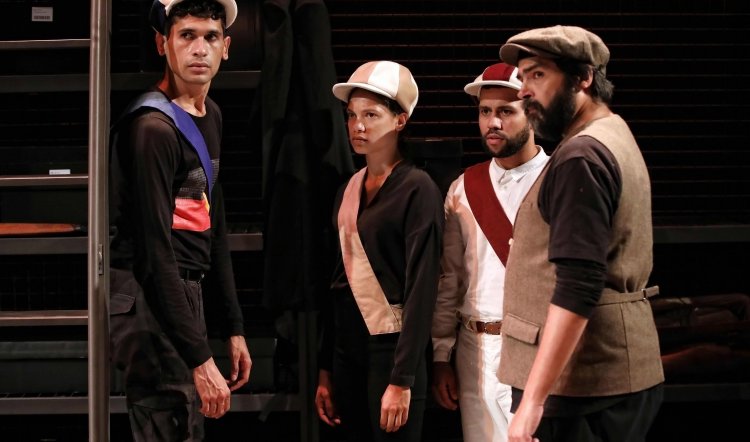 Joseph Althouse is hilarious as a snooty Pommy butler and an up himself political firebrand; Dubs Yunupingu does a mean turn with flouncing exasperation and other signs of youthful displeasure, until she begins to see the truths behind the artifacts; while Colin Smith switches from assiduous militant to increasingly oleaginous Charles Lawrence, manager, entrepreneur and expert guilt-tripper.

Black Cockatoo’s 70 minutes play out on a simple and highly effective set that starts out as a bank of those tall metal museum shelves. They then slide back and forth while variously lit to seamlessly change locale and time; design and costumes Richard Roberts, lighting Trent Suidgeest). Rich layers of atmosphere and meaning are added to the action by composer and sound designer Steve Francis, while director Wesley Enoch keeps the stories moving without losing the humanity of each character and actor.

Geoffrey Atherden’s acute eye and ear for situations and dialogue mean each element of this amazing Australian story rings with authenticity, humour and quirky compassion for our first touring team and new generations alike. Recommended without reservation.