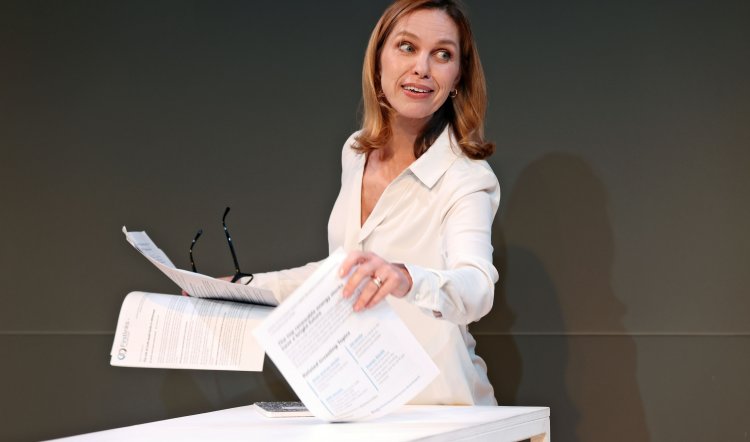 In a recent interview in The Guardian, playwright Joanna Murray-Smith said, “Women are still giving up their careers in order to support and nurture their husbands and their children, and middle-aged men are still leaving their wives for younger women.”

That, in a nutshell, is Honour, a play she wrote in 1995 and which still rings true and relevant 25+ years on. Two things stand out about this new production, directed with finesse and sensitivity by Kate Champion: how mature it was then and how it echoes in real life and popular culture!

Early in the action, Honor (Lucy Bell) welcomes young journalist Claudia (Ayeesha Ash) into the upscale family home she shares with daughter Sophie (Poppy Lynch) and eminent husband George (Huw Higginson). After a dinner carefully prepared for the impecunious journalist, Honor says to George, “She’s very attractive.” And with the uncannily similar guileless expression and airy delivery as Alan Rickman to Emma Thompson in Love Actually, he replies, “Oh. Is she?”

On opening night at the Ensemble, a loud collective gasp underlined how it was an electrifying moment for many women in the audience. That brief exchange heralds the cataclysmic change coming in a previously happy relationship – made globally infamous by the 2003 romcom. It’s a subtle yet galvanising moment fashioned by Murray-Smith almost a decade before it occurred to Richard Curtis! 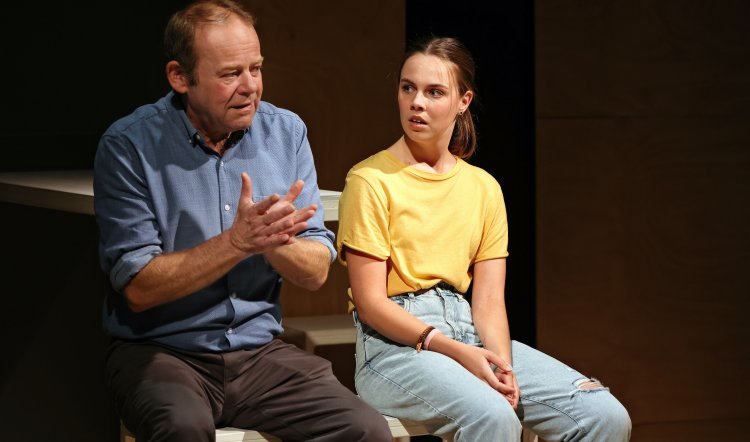 As the play progresses through its 90-some minutes it becomes clear that Honor was once considered as talented as her husband and, surprise surprise, probably still is. Yet she chose (?) to go the route of so many dutiful women to nurture and raise not only their daughter but also her husband and his career.

Hands up who saw The Wife in 2017? And remember watching in furious frustration as Glenn Close’s highfalutin hubby Jonathan Pryce got the Nobel not only for literature but also for blithely riding on her editorial coat-tails? The more things change, the more they stay the same.

It’s a bit depressing that Honour is as relevant today as it was in 1995. On the other hand, the play is actually exhilarating in its humour and clear-eyed honesty, and skill. It also elicits in the audience a degree of knowingness and recognition that is now more world-weary and wryly amused than anything else.

Kate Champion has achieved the director’s dream of assembling a perfect cast of actors at the top of their game individually and that also gel as a quartet of three-dimensional living, breathing human beings – not merely characters. 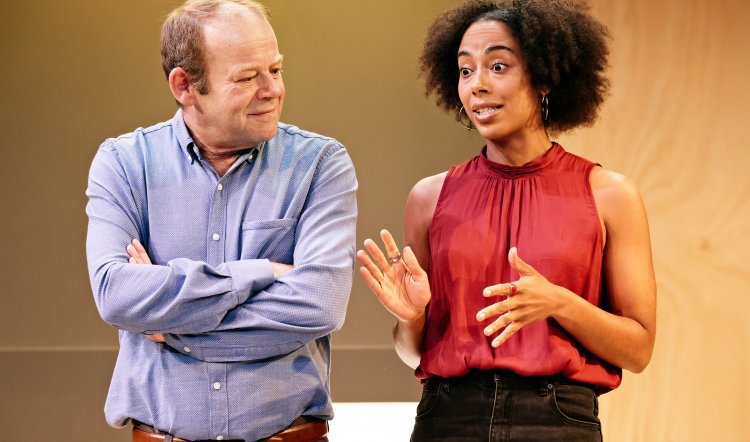 The magnificent Lucy Bell is a powerhouse of understatement. Huw Higginson is her equal as a mess of midlife libido and helpless, unconscious vanity, while Poppy Lynch succeeds in growing up before our eyes from naive kidult to sadly knowing young woman in an hour and a half. Last but not least, Ayeesha Ash maintains the tricky balance between straightforward ambition and calculating little shit. She is believable and therefore the other three are able to believe, and so does the audience.

The rest of the team is headed by Nate Edmondson: his composition and sound design are integral to the action and also nuanced and never overbearing. Simone Romaniuk’s set of simple verticals: a stack of books, clean walls, and smoky glass convey middle-class good taste and minimalism. Damien Cooper’s lighting design delineates changes of place and scene and maintains the actors' pace.

Honour is as fresh, funny, and sad as it was in 1995 and you would be well advised to visit or re-visit. Recommended without hesitation.