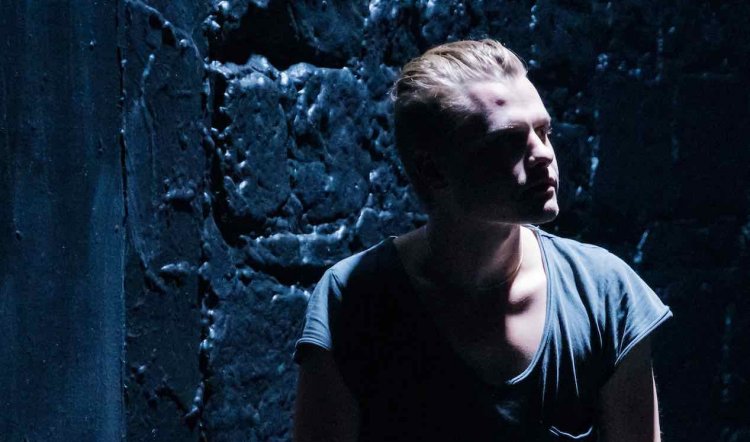 It could be argued that it takes two (or more) to love. Not true, however, if a person is unable to love themselves. Can one love another in the absence of love of self? It’s a question that hovers over Sarah Kane’s Cleansed.

Kane struggled to ask and answer questions of life and love throughout her brief blaze of a career, observing, “Many people feel depression is about emptiness, but actually, it's about being so full that everything cancels itself out. You can't have faith without doubt, and what are you left with when you can't have love without hate?”

While Kane was speaking of herself, she was also observing the world around her through the lens of a youth warped by her family’s extreme religion. She repudiated Pentecostalism at 17 but its damage was done. When criticised for the violence in her plays she commented, “The reading I did in my formative years was the incredible violence of the Bible. It was full of rape, mutilation, war, and pestilence.”

Meanwhile, thanks to Covid’s roadblocks, it has taken director-producer Dino Dimitriadis three years to realise this staging of Cleansed. During that time we have experienced – and finally repudiated – that twisted version of Christianity. This through a leader who preened and pouted his love of God yet who pridefully condemned tens of thousands of Australians to poverty, illness, death, and despair through his worldly incompetence and spiritual destitution. 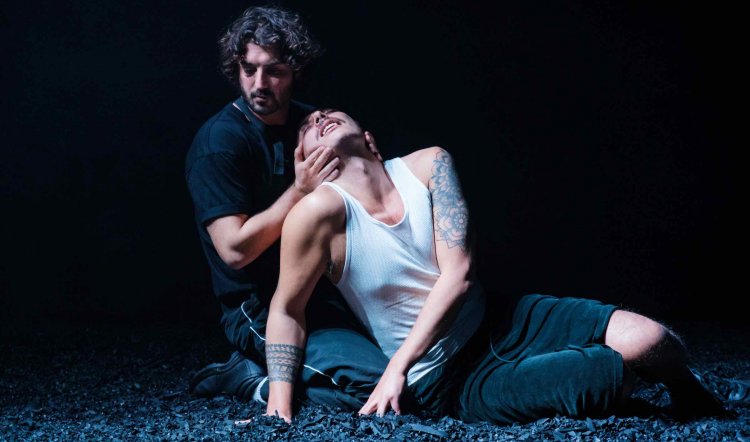 It is impossible to watch Cleansed without thinking of Ukraine, Uvalde, Nauru, Biloela; of the kindness of strangers, and the cruelty of the 1%. In its overwhelming savagery and fleeting intense sweetness, Cleansed is more of this time than any since it was written.

Born and raised in Brentwood, Essex, said to be both prosperous and one of the unhappiest places in Britain, depression occupied Kane’s head for much of her scant adulthood. It’s impossible to view her work without the facts of her life and death intruding and Cleansed is a vivid depiction of the experience of profound depression. She mapped it, portrayed it, and gave it a voice like no one else. It’s both a mind in microcosm and also – brilliantly – the macrocosm of so much of our post-decency world.

In staging the play, Dimitriadis and set designer Jeremy Allen did away with visual distractions. They have pared back an already-minimal play to its emotional essence with black walls and a raised stage covered in broken black shards. Various characters are lit starkly in a chiaroscuro of tableaux, forming and re-forming for each sequence (lighting Benjamin Brockman and Morgan Moroney). These scenes are punctuated by sudden disturbances of sound and song fragments (Benjamin Pierpoint) that cancel any temptation to relax into comfortable theatrical tropes.

There are gay lovers (Charles Purcell and Stephen Madsen), one being the loved, the other the less loved. There are twin brother and sister (Tommy Misa and Mây Trần) whose familial love becomes exotic. The exotic dancer (Fetu Taku) is probably neither exotic nor a dancer but is beguiling, especially to Tinker. And Tinker (Danny Ball) is appealingly gentle even as he is the wielder of needles and tools with which he will sever a tongue, hands, and feet. Disobedience is not tolerated, although he is meticulously polite, even to the lost soul he bullies unmercifully (Jack Richardson). It is not so much a narrative as a chronicle of the oddity of days, which are never linear narratives no matter how hard we try. Or how hard critics try. 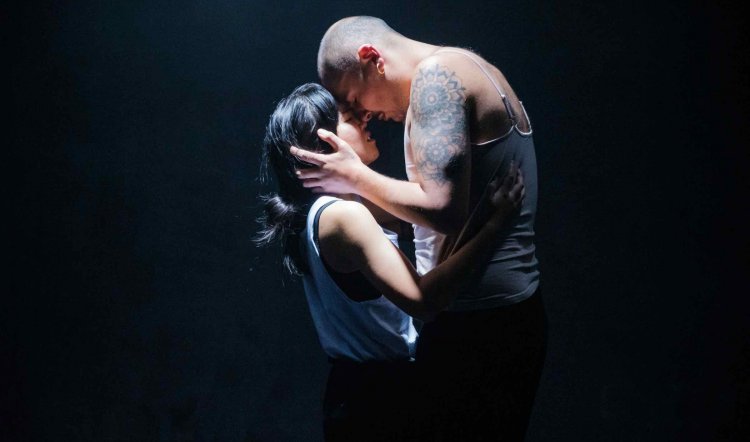 (In)famously the UK Daily Mail thundered of Kane’s work that it was “a disgusting feast of filth”. A curious word combination that surely said more about the writer than the play. As does another phrase from the same review in which the scoffing of a big breakfast is described as “the hunger of violence”. But written in 2010 when the UK was in the throes of government-inflicted violence of hunger – in 2022 it’s even more brutal. Meanwhile, in Australia, we are only just beginning to pull away from such horrors; we hope.

It’s piquant to remember, however, that when Cleansed was first staged in 1998, at the Royal Court, it was with many visual flourishes of levity and fantasia. Now, that seems unnecessary and certainly has no place in the Dimitriadis vision. So are we now immune to such distractions or simply see through them? Do we want our comedy to be comedy and our unflinching drama to be…unflinching? Or do we want to ignore what’s done in our name and just binge something nice? Are these people freaks, outcasts, and walking drug habits, or are they the 2022 steadfastly ignored by the bourgeoisie? Our choice.

Cleansed offers 90 minutes of intense provocation, hard questions, and no hiding place from the extremities of love. The performances are of ensemble tightness and the whole is more than the sum of its parts. Dimitriadis is a bold, intelligent, and inspiring director and they deserve wide recognition. Recommended.