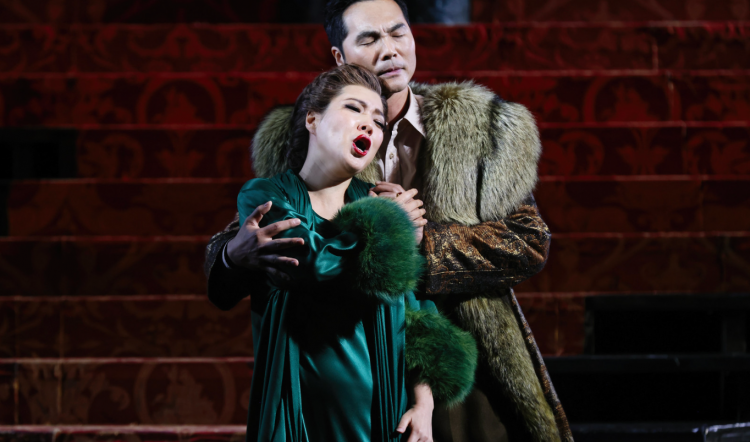 When this 2003 production was revived in 2014 it added to a swag of largely glowing reviews – for orchestra, chorus, and principals. And rightly so: musically, this iteration of Verdi’s 1887 tragi-drama under the baton of Andrea Battistoni is luscious and compelling, from the opening menace of the storm with orchestra and chorus at full power, then, at its height, Otello’s solo appearance. His powerful voice and presence thrillingly stamp Yonghoon Lee’s mark on the role – and onwards.

Condensing Shakespeare’s spectacle of jealousy, power, and murder to its essential trio, and occasional quartet, of characters makes dramatic sense but also demands much of the players. It is necessary for Yonghoon Lee to convince as a general of great repute and courage as well as a man enamoured of his beautiful wife, and he does this effortlessly.

Karah Son as Desdemona is another strong and beautiful voice and also a fine actor. Her bewilderment, fear and sorrow as her husband’s hostility gradually curdles into blind jealousy is heart-rending. As Iago, Marco Vratogna looks and sounds malevolently Mussolini-esque but is somewhat wooden as an actor.

The role of Desdemona’s maid Emilia is an unforgiving one as she spends a lot of time looking sympathetic and smiling kindly rather than singing, yet Sian Sharp copes for the most part and when she does get to use her voice, it’s beautiful. On the other hand, Virgilio Marino’s Cassio is not as impressive either vocally or histrionically. It’s hard to imagine him as Desdemona’s alleged lover. 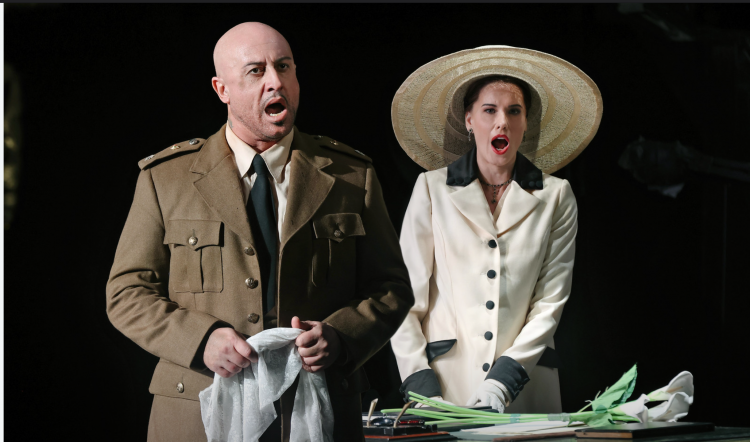 Yet what a difference (close to) a decade makes in viewing a drama. It is now impossible to watch Otello without being overwhelmed by the misogyny and violence at its heart.

In 2022 we are overshadowed by the statistics of domestic violence: on average one woman a week is killed by a current or former male partner. We understand only too well such terms as coercive control, family violence and intimate partner violence. Meanwhile Grace Tame, Brittany Higgins, and Chanel Contos have become household names. And the appalling behaviour of Kanye West/Ye has finally been called out – by Arwa Mahdawi in The Guardian – after being typically humoured and excused by mainstream media.

So where does that put Otello – a naively frank and fearless depiction of all the above – in being presented in these times of female awareness and consequent refusal to put up with it any more? Probably it requires a “trigger warning” for patrons before the performance begins.

A snowflake response? Maybe, but so be it. And just because opera is so-called “high” culture is no reason to think domestic violence and coercive control will be unknown to its audience. Actually, just the opposite: the middle and upper classes are rife with both male pastimes. 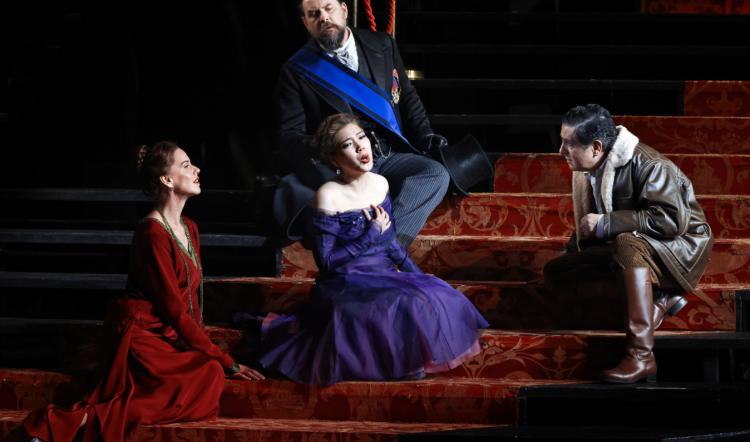 This Otello is a powerful and often overwhelming portrayal of a jealous alpha male whose belief in his power over his wife causes him to kill her. And of another jealous man – Iago – craving Otello’s power and thus bullying his own wife to the point where she remonstrates, “I am your wife, not your slave”.

Which leaves a couple of unrelated weird aspects to ponder: why is the RSL-carpeted set dominated by a huge statue of Atlas holding up an astrolabe? A nod to Ayn Rand, perhaps? Or a hint that men have an awfully big burden? And Desdemona’s navy blue suit for her duet with Otello makes her look like an old-time receptionist and demeans her even more, and it rankles.

Altogether a night that stays in the mind long after it’s over and is bothersome for all kinds of reasons.