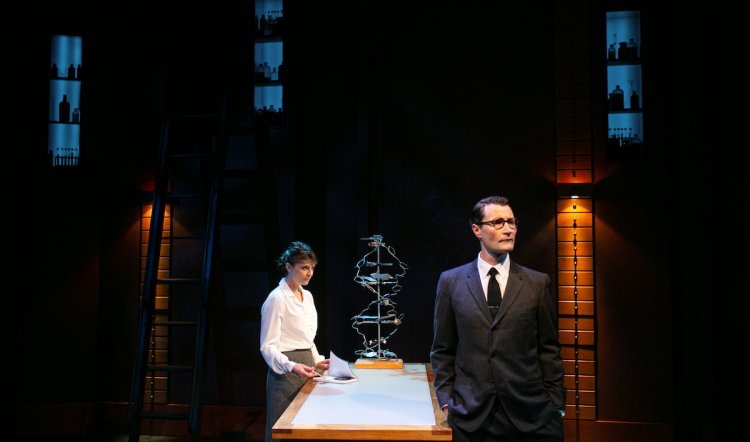 Another post-long covid catch-up and one that makes me feel better and re-energised.

Anna Ziegler’s 2008 play Photograph 51, staged in London in 2015 with Nicole Kidman, is a beautifully-realised work. It’s an account of the research that led to the discovery of the double helix structure of DNA which changed our worldview forever.

And it changed the world for scientists James Watson, Francis Crick, and Maurice Wilkins, who published and took full credit; and lifted the Nobel Prize in 1962. However, Rosalind Franklin, the woman who made the crucial discoveries and accelerated their research, had died in 1958 from ovarian cancer at just 37.

If you want to know more, in the most fascinating way, and at the same time possibly understand double helixes and DNA for the first time in your life, you need to see this play. Afterward you might feel exhilarated yet, it has to be said, most women and many nice men will also be utterly enraged and sad. 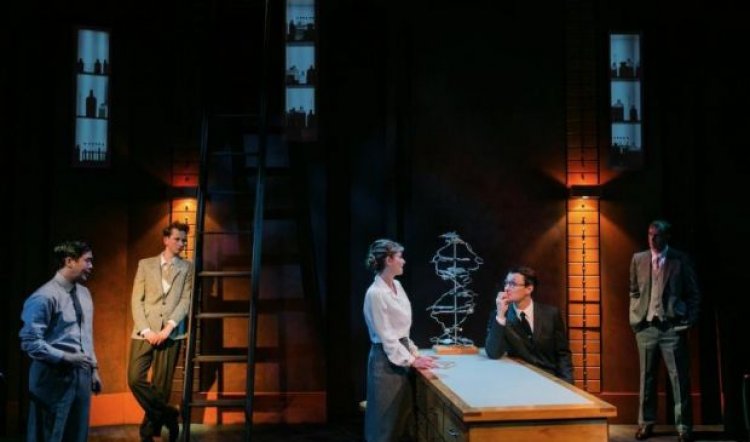 Franklin was not only a woman but also Jewish. In the Britain of the 50s, anti-Semitism and class discrimination were rife and aimed from the start at someone who should have been recognised as a genius. Franklin was also obdurate and unacceptable. She suffered no fools, she refused to submit (“you will be my assistant”) and was, we now know, better at what she was doing even as she was cheated by the patriarchy.

This production – on an elegant set by Emma Vine, stylishly lit by Trudy Dalgliesh – begins with a choreographed scene of the laboratory in Paris where her colleagues farewell Franklin as she leaves for Kings College, London. French bonhomie instantly gives way to grudge as the chaps go full English around Franklin who works on, oblivious to their ire. (Composer Jessica Dunn’s score is a delight.)

As the play and years continue, this perspective changes little, with two notable exceptions: the younger men. Knockabout PhD wannabe Ray Gosling (Gareth Yuen) is a bouncy Labrador whose enthusiasm almost makes up for a less-than-zesty work ethic. And American aspirant Don Caspar (Jake Speer) who takes a serious shine to Rosalind despite or perhaps because of her carapace of aloof exasperation.

Director Anna Ledwich takes full advantage of her scintillating cast. Amber McMahon is a brilliant comedic actor and it’s a thrill to see her in a more layered role for a change. She and Garth Holcombe’s Wilkins (more Rees-Mogg than human) play off each other like flint and steel. If you don’t feel like belting him over his Brylcreemed skull before the 90 minutes are up, you have not been paying attention. 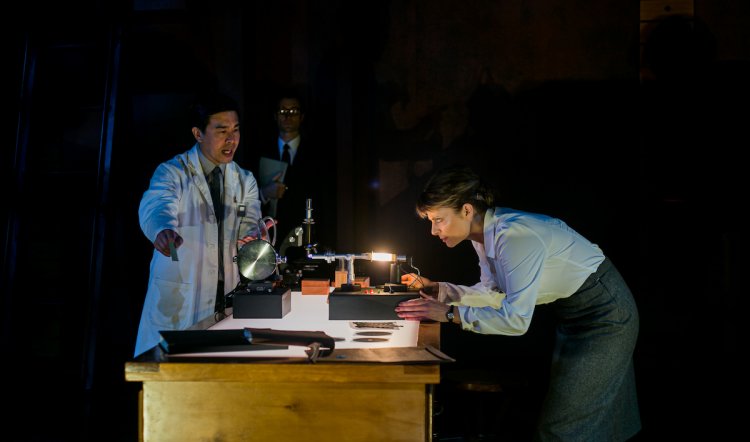 As the opportunistic chancers Crick and Watson, Toby Blome, and Robert Jago are convincingly unlikeable, as they must be, although to be fair, Franklin was her own worst enemy.

Nevertheless “this isn’t a race, we’re all working towards the same goal” rings hollow when the goal is the Nobel and the team steals the goalposts from their star player. Catch it if you can.