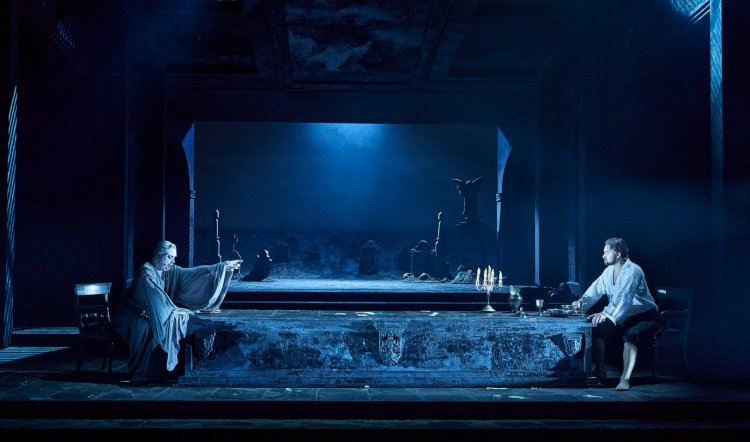 With Amadeus playing next door in the Concert Hall, it’s particularly spine-tingling to hear the thunderous, portentous opening of the Don Giovanni overture. And as a haphazardly draped black curtain rises on gloomy and lofty shadows and chill emptiness, you don’t have to be familiar with Mozart’s masterpiece of 1787 to intuit that nothing good will come of what lies ahead.

Don Giovanni was an instant hit with its first audiences in Prague where Mozart was a great favourite. Billed originally as a “playful drama”, the joke, if joke it might be, is finally on the anti-hero of the title. Along the way to his eventual comeuppance, however, there is plenty that is not even slightly playful, and in the 21st century, it’s what happens to the women Giovanni plays with that has come into ever sharper focus.

Don Giovanni is an insatiable sex machine, a skilled seducer, and, when thwarted, a rapist. With Lorenzo Da Ponte as librettist, Mozart fashioned a morality tale that spoke truth to the power of the day: an aristocracy for whom droit de seigneur was not out of the question. Although the finale where the audience was told directly that “Such is the end of the evildoer: the death of a sinner always reflects his life,” was omitted from early performances lest it dangerously offend patrons.

No such problems in Sydney where the rich and powerful are used to the hoi polloi railing against them and pay no attention whatsoever. On opening night of this summer season, the response to the restaging of David McVicar’s 2014 production was bordering on rapturous – understandably so. 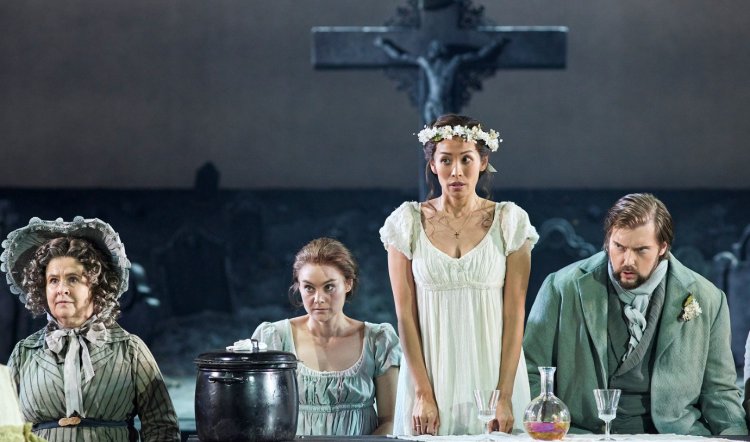 Ukrainian baritone Andrei Kymach performed the role of the Don for Welsh National Opera in 2022 and in Sydney is a commanding presence from the outset. This matters when his first actions are the attempted rape of Donna Anna (Sophie Salvesani), then the murder of her father, the Commendatore (David Parkin).

With increasingly sullen reluctance, Giovanni is aided and abetted in his priapic misadventures by servant Leporello (another first-time visitor, Yuri Kissin) and among thousands of conquests – meticulously documented by Leporello – are fresh possibilities, Donna Elvira (Bronwyn Douglass) and peasant bride Zerlina (Cathy-Di Zhang).

Regular, decent men are represented by Zerlina’s groom Masetto (Andrew Williams), and Don Ottavio (Juan De Dios Mateos). Conductor Guillaume Tourniaire can be included in this category as he guides singers and the Opera Australia Orchestra with a firm hand and discerning ear for the wayward.

The drama is rarely less than heightened by the work of all these principals. Kymach is more menace than sex bomb and his arrogant power as Giovanni is disturbingly aphrodisiacal. Yuri Kissin is also disturbing in the way he uses his master’s power for his own ends. Creepy. 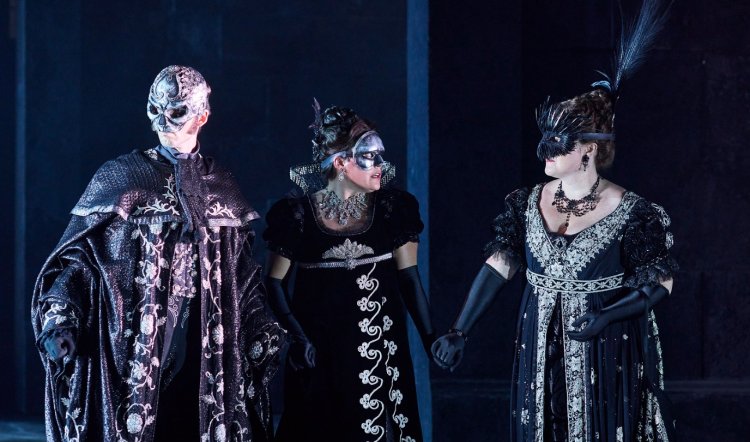 Cathy-Di Zhang is outstanding as the powerless, preyed-upon Zerlina. It’s amazing that such a compelling soprano comes out of such a slight frame. In reviving the long-mothballed production, Warwick Doddrell brings an informed and sympathetic direction, so the inexorable journey from crime to punishment is at once inevitable yet not overstated.

The dank, dark Gothic setting and sumptuous black (upper class) and muted pastel (the rest) costumes by Robert Jones are artfully lit by David Finn. The terrifyingly long staircase – nimbly negotiated by all players on opening night when not also nimbly rising and lowering – is a yawning division between earth and elsewhere. When it rises one last time it reveals the smoke-wreathed depths into which Giovanni is dragged, kicking and resisting all the way.

Those who do the deed are his punishment and retribution: hideous ghostly visions in white of blood-stained rape victims of all ages. It isn’t the usual belatedly vengeful God, instead, it’s the 21st-century truth – currently being played out in Andrei Kymach’s homeland. This Don Giovanni is both theatrically dramatic yet also a contemporary documentary and a transfixing night of glorious music and misdirected humanity. Recommended.