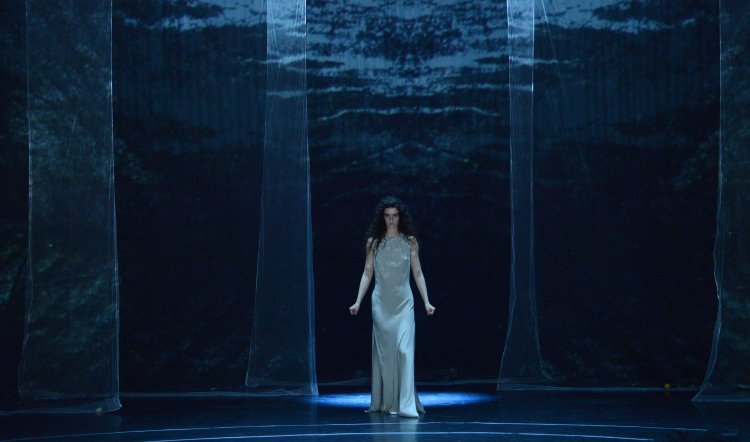 If there’s anything “typical” about the work of choreographer Meryl Tankard it is that there’s nothing typical about it. Hers is a restless mind and talent – she quests and explores, never to be pinned down. She is mercurial, commanding, and a woman – probably what has made her so difficult for the staid minds that often lurk within funding bodies and arts company boards. But let’s give thanks for those that do get her.

Mercurial and commanding are descriptors also to be applied to Tankard’s latest work, Kairos. It’s a collaboration with her partner, Regis Lansac, whose photography and visual artistry provide the tangible for the underlying intangibles. The dancers too are credited in the work’s creation: Lillian Fearn, Cloé Fournier, Taiga Kita-Leong, Jasmin Luna, Julie Ann Minaai and Thuba Ndibali.

The creative group is completed by composer Elena Kats-Chernin whose work with Tankard goes back to the Sydney Olympics opening ceremony and reached memorable heights with Wild Swans, for The Australian Ballet. This time the equally mercurial Kats-Chernin plays her score live, from a grand piano to the front left of the performance floor.

As the audience arrives, the black floor of Carriageworks’ Bay 20 is given initial focus by Jasmin Luna carefully paints rough white concentric circles upon it. A small girl (Izabelle Kharaman) enters and walks around the perimeter, steadily observing Luna who remains absorbed in her task. A soundscape gradually makes its presence felt: distant voices and the sounds of the outdoors float from all points of the auditorium in what becomes another exquisite aural feat by sound designer Bob Scott (see also Antarctica). 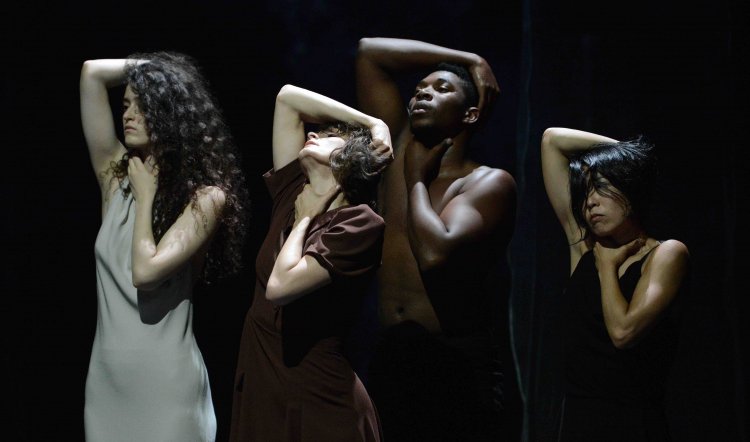 The rear of the theatre is hung with overlapping floor-to-ceiling scrims on which are projected Lansac’s imperceptibly ever-changing images of forest trees, water and the bush. They are reminders that Kairos came out of a residency at Bundanon on the Shoalhaven, Arthur Boyd’s one-time home and now arts incubator. Later in the piece, dancers don paper-bag masks inspired by Sidney Nolan paintings they all saw at Bundanon.

One by one dancers materialise from the shadows of the “forest” in a solo that would seem to have personal significance. They vary in energy and purpose but are similarly mesmerising and frequently baffling. The title is, according to the blurb, an ancient Greek word meaning “the right or opportune moment for doing, a moment that cannot be scheduled.”

Take that on board and Kairos achieves its high points in precisely those ways. That is, do not expect easy or obvious resolutions or meanings. If and when something does occur to you, it may be right or wrong, or more likely a thought that has nothing to do with anything and doesn’t matter anyway. Go with the flow, surf the wave, and see where it arrives or departs.

A further clue – if clue is required – might be the poem by Arthur Rimbaud, Le Dormeur du Val (The Sleeper of the Valley), written in 1870 during the Franco-Prussian war. In Kairos it’s recited in French by Cloé Fournier, which means it’s probably not a clue for a majority of the Sydney audience. However, in translation, it has curious and poignant resonances with Wilfred Owen’s 1918 poem, Futility. 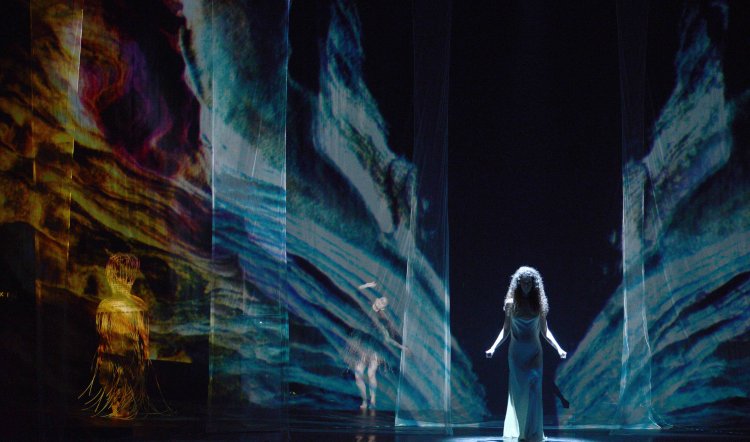 For instance, Rimbaud wrote: “…he is sleeping. Smiling like / A sick child would smile, he takes a nap: / Nature, rock him warmly: he is cold.”

Owen’s Futility begins: “Move him into the sun— / Gently its touch awoke him once, / At home, whispering of fields unsown. / Always it woke him, even in France…”

When their poems were written Rimbaud was 16, Owen was 25. The latter was killed in action the same year. This has absolutely nothing to do with Kairos except that contemporary dance, particularly works such as this, can kidnap a viewer and send them off on trains of thought and imagination guaranteed to be different to every other member of the audience. For that alone, be thankful.

Also be thankful for the Kats-Chernin score. It begins minimally, laying out sketches of pathways to be followed later, or returned to after embellishment has taken the listener and the dancers a ways away from the start point. Light turns to darker, dramatic qualities. The right hand retains butterfly flights, flitting across deeper themes and dance action. The moment when she and the piano become one with the dancers is unexpectedly electrifying, especially as she is left stranded as the dancers continue with their own lives. If a symbol or meaning is needed, then that’s it. Recommended without reservation; just 50 minutes.