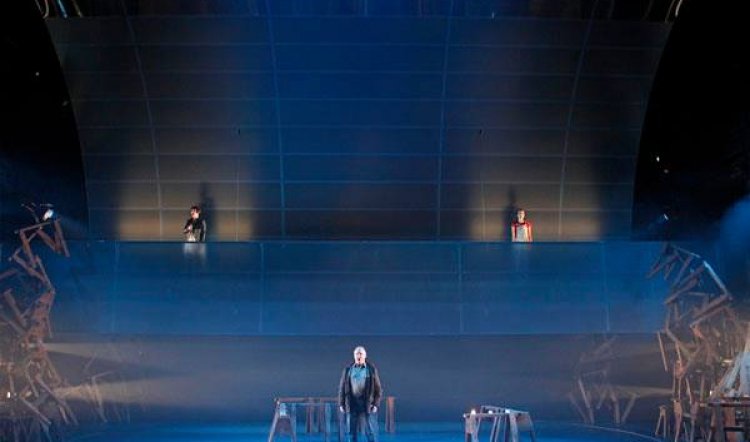 WILL THERE ALSO BE SINGING?

The National Opera Review is doing a Mother Courage around the nation: dragging its wagon in which rides, Dr Helen Nugent AO in the box seat with Moffatt Oxenbould AM, Andrew McKinnon and Kathryn Fagg bouncing along inside. If you can’t get along to one of the scheduled meet-and-greets and say your piece, you can send them an email at operareview@arts.gov.au

This is what I put to them... (and the photos are of Victorian Opera and Malthouse’s The Riders and are by Jeff Busby)...

Please accept my submission to the National Opera Review. It is made mainly in relation mainly to Opera Australia and in particular, the Terms of Reference –  that the Review will cover Opera Australia, Opera Queensland, State Opera of South Australia and West Australian Opera … and… “an assessment of the extent of co-operation among the companies and the appropriate approach going forward, including the role of Opera Conference.”

It is my submission that: if opera is to survive and flourish in 21st century Australia it cannot continue as it is today in terms of its overall structure, artistic decision-making and management. This means that the monolithic structures and rigid terms of reference (as defined above) are actually part of the problem and nothing will be be achieved if a broader and more flexible approach is not considered.

As it stands today, too much money and too much artistic control are concentrated in one company - Opera Australia - and this is dragging down any hope of change and a viable future for the art form.

OA’s artistic thinking is out of date and virtually moribund. The artistic director was recently quoted in the Sydney Morning Herald: “Fundamentally, it's because of a lack of support from the public and a lack of support from sponsors to be involved in presenting new Australian operas.” … “When we do present a contemporary opera, it’s not supported by the public at the box office, so it’s always extremely difficult to do.”

This is not a statement of fact so much as an unwitting admission of artistic bankruptcy and absence of vision.

The “national” opera company must be a leader, not a follower (especially not following a segment of its subscriber base). The “national” company has a duty to actively and consistently – as a matter of policy – find, generate and nurture Australian talent: not only singers and musicians but also composers, librettists, directors and conductors. The “national” company has a duty to seek creative thinkers and possibilities wherever they may be – and that is not necessarily within the confines of the Conference or the major companies listed above.

I believe there is good reason for Opera Australia (and the other major companies) to look to the way theatre has been evolving in this country over the past decade or so. The major theatre companies have increasingly sought to make links and generate work with smaller, independent and otherwise non-conventional individuals and organisations. 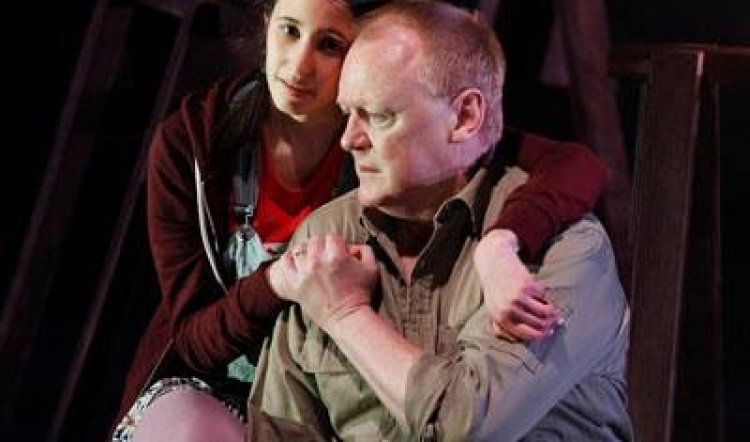 This is because the companies have taken notice of and been influenced by the unprecedented growth and excellence in independent theatre. There are more and more performers and creative workers exercising their skills and developing their talents than ever before. And this burgeoning of work and talent is filtering through to the mainstream with similarly creative and exciting results that are ongoing and herald the spread of creative thinking and work that would have been unthinkable ten years ago.

Extraordinarily – and of crucial importance to the future of opera in Australia – the expansion of theatre culture has occurred at a time when money, risk and politics have all been in a difficult place. Yet, in a recent AMPAG (Australian Major Performing Arts Group) newsletter Marion Potts, outgoing Artist Director of Malthouse Theatre and, from March 2015, Director of Theatre at the Australia Council, said, “If it’s true that we’re becoming more risk averse in our society, then we need to make sure that we’re still taking creative risks – and taking a leadership role in that respect.”

And it should be noted that Potts directed a new Australian opera for Victorian Opera in 2014: The Riders, based on the novel by Tim Winton, libretto by Alison Croggon, music by Iain Grandage, conducted by Richard Mills and sold-out in its world premiere season in the 500-seat Merlyn Theatre.

There are many more instances of new and Australian opera finding passionate audiences; and of reaching those audiences with economy and creative excellence. Opera Australia is not part of this springboard into survival and the 21st century and will never be while the only innovation is to stage behemoths on floating platforms and beaches.

In my view it is vital that opera not continue in the same artistic and repertoire frameworks that have been decaying for decades even as its traditional monied audiences are dying of old age and choler. Instead oper must look to the way theatre is growing and changing in this country (and in Sydney in particular, as Opera Australia is based in the city) and take up the challenge to find its way out of the creative darkness in which it now stumbles about.