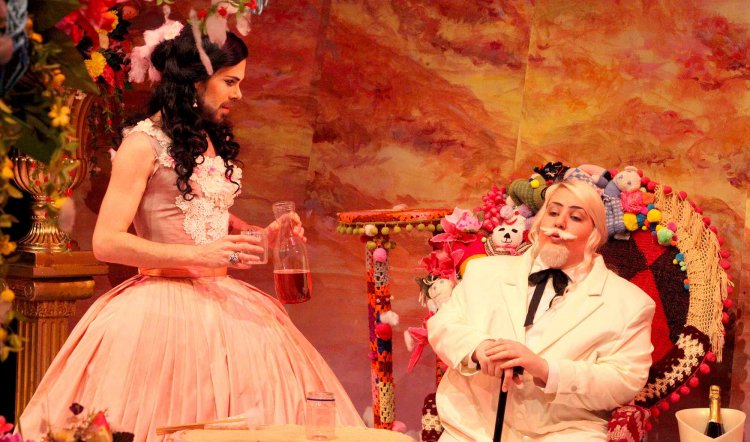 SUMMERTIME IN THE GARDEN OF EDEN

Being based in Melbourne is surely not the reason why Declan Greene and Ash Flanders have an apparently natural affinity with Southern Gothic, particularly its brooding melodrama, innate theatricality and camp irony. Whatever, after entertaining Sydney with Little Mercy, they - the Sisters Grimm - have now brought their latest hit show north. Summertime in the Garden of Eden is a heady celebration of the Deep South's dark history, elongated vowels and extravagantly enhanced syllables; at once tragic and comic, earnest and absurd, beautiful and grotesque, magnolia-scented and shudderingly rotten. In essence: it's irresistible. So, welcome to their world and the thought that maybe, somehow you've been here before...

If the title Summertime in the Garden of Eden does ring a distant bell it may be because it slyly echoes John Berendt's non-fiction bestseller of 1994, Midnight in the Garden of Good and Evil. That vivid account of life and death in Savannah, Georgia told of the murder by high-falutin antiques dealer Jim Williams of local prostitute Danny - a young man described in a line that Flanders and Greene could have written as "a good time not yet had by all". It was a shadowy story of social privilege and prejudice counter-balanced by the adventures of another local landmark, The Lady Chablis, a pre-operative transexual woman and drag artiste. So, if you've read Midnight in the Garden of Good and Evil, or seen Clint Eastwood's not exactly terrific 1997 movie version, you are well prepared for Flanders and Greene's 70 minute epic.

Summertime tells of the return home to the family mansion of prodigal daughter Honey Sue Washington (Olympia Bukkakis). Waiting for her, amid the knee-deep cotton and sumptuous flora is her younger sister, the beautiful, if full-bearded, Daisy May (Agent Cleave), their Big Daddy (Bessie Holland) and faithful retainer Mammy (Genevieve Giuffre and a blackface puppet). Beyond the plantation's boundaries the Civil War is raging and life is about to go to hell in a handcart. Meanwhile, all is not as it seems between Daisy May and her dashing beau Clive O'Donnell (Peter Paltos), nor is anything what is appears to be… 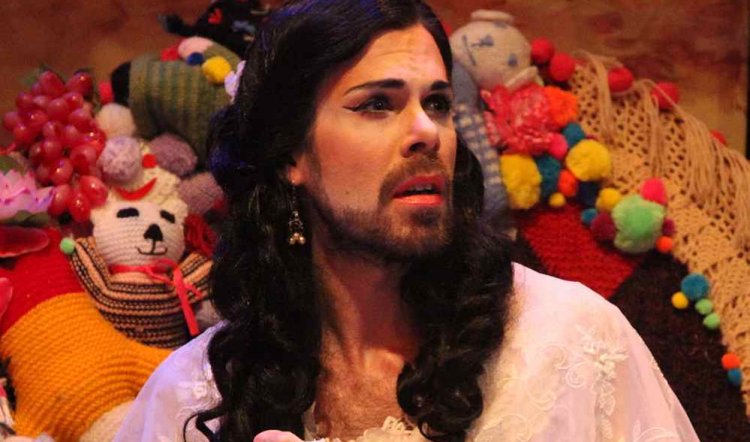 The whispers of intrigue quickly fill what little space isn't already taken up by cotton bolls, gaudy needlework and lurid pot plants. What was the Terrible Revelation that caused Honey Sue to leave home all those years ago? Is there now a Terrible Secret ticking like a Time Bomb in Big Daddy's potting shed? How long did it take set and costume designer Marg Horwell to devise this eye-popping production? Was the ingestion of Psychedelic Drugs involved?

To find out you need to experience Summertime in the Garden of Eden. It's a pantomime with intellectual and social bite. The script and characters are ridiculous and clever, the plays on gender and identity are mind-boggling. Judiciously directed by Declan Greene, the performers take seriously and at the gallop every absurdity and overblown emotion thrown in their way; they're fabulous. Take it at face value and simply enjoy the fun; or go with this intrepid troupe deep into the personal-political bayou they've devised and you won't be disappointed. Gloriously silly and amazingly smart.