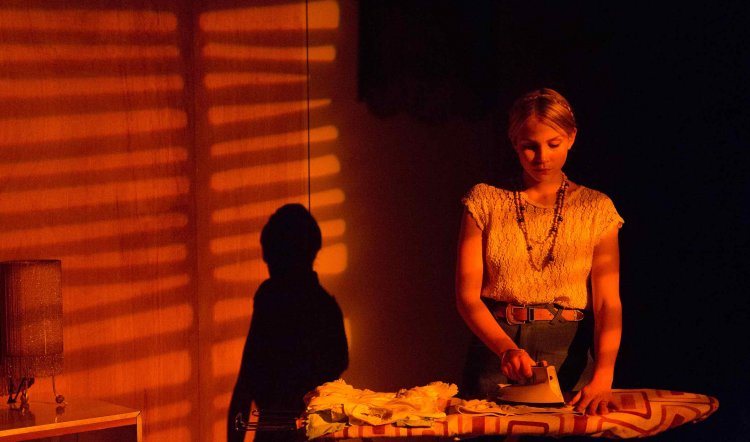 Written and first staged in Melbourne 1971, The Removalists was a huge and controversial success for David Williamson - and the young playwright's first really big hit. It held up an unforgiving mirror to a society in tumultuous transition and people were disturbed by what they saw. There are few things more disconcerting than laughing and then realising that what you're laughing at is not only not funny at all but also - the truth.

Seeing it again, at Bondi in 2013, in Leland Kean's sharp and beautifully staged production, it's a reminder of how good WIlliamson is when he puts his mind to it, and also that the more things change, the more they stay the same. Forty years on, the subjects explored in the play are all too familiar: police corruption - tick; police brutality - tick; domestic violence - tick; casual sexism - tick; dumb sexism - tick. And so on.

Set in a dozy outer suburb of Melbourne where the local cops are accustomed to having little to do, the corresponding absence of perks and kick-backs makes up for the easy life, according to Sergeant Dan Simmonds (Laurence Coy). Outwardly avuncular and twinkly, he exudes the kind of smiling menace that is really a seething mess of barely suppressed rage and contradictions. He's frighteningly credible and terrific.

As his hapless new offsider Constable Ross, Sam O'Sullivan is a perfectly cast foil: a skinny, nerdy , intelligent member of a new breed of policeman. Any ethics and ideals he's brought with him from police college wither instantly in the face of his commanding officer's scorn and unprincipled motives. These two are the moral and physical counterpoints to the situation that unfolds when Fiona (Sophie Hensser) and her elder sister Kate (Caroline Brazier) arrive at the station to lodge a domestic violence charge against Fiona's stupid, heedless husband Kenny (powerful Justin Stewart Cotta).

Physical abuse within marriage is possibly the one major social change over the past four decades: few people now wouldn't know what an AVO is. Back then, the idea of a wife taking action against her husband was not only novel but quite shocking. Indeed, that a woman could even do so, let alone consider doing so would have been as amazing as the action itself. That Williamson made it the basis for a comedy - and then turned it back on itself by having the guardians of the law kick the bejesus out of the kicker - is as disturbing as it is unnerving to laugh and be surrounded by laughter. We're a weird mob.

For women in 2013, it's arguable that the nonchalant slaps, kicks and punches by the beer-swilling hubby in the marital home are almost matched by the offhand mental assault of boob- and bum-pinching, ogling and general slobbering of the sergeant. The way he takes for granted that his advances are both reasonable and will be welcome are enough for the sisterhood to take to him with a meat cleaver. And he'd be as surprised and aggrieved as is Eddie McGuire this week. Just as the oafish McGuire doesn't see his own ingrained racism, neither does the sergeant have a clue that his attitude to Fiona is repulsive and unacceptable. 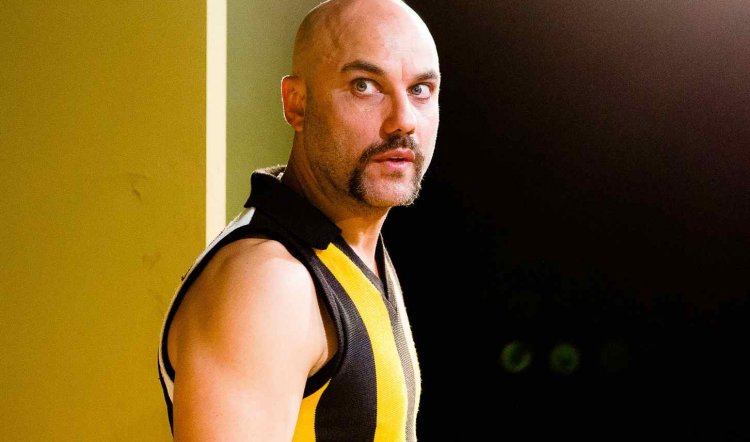 In 1971 it was a given, in 2013 it's appalling that Australia has advanced so little. David Williamson's nose for the zeitgeist was acute then and Leland Kean's is just as keen now.

When he finally arrives, the removalist (Sam Atwell) is at once and onlooker and a catalyst. It's a small but vital role and he's as good as the rest of the cast - Sophie Hensser's downtrodden, undies-ironing wife and Caroline Brazier's social-climbing bitch are funny as a fit yet also find the depths in their characters, .

Jed Silver's 70s pop-rock soundtrack sets up the atmosphere right from the start, while the setting (Ally Mansell) is simple and the costumes (Rita Carmody) likewise and slyly of the period. That means they give nostalgia a bad name while unobtrusively anchoring the production without fuss or bother. Luis Pampolha's lighting make the transitions between cop shop and crummy unit in similar and witty fashion; creatively, the production is as well cast as it is on stage.

Whether or not you've seen The Removalists before, this production is more than worth a visit. In choosing to revisit the play Leland Kean and the Rock Surfers complement and give depth to their overall strategy of the best of new Australian and contemporary work. This play is deservedly a modern classic and is unlikely to be done any better by any company anywhere. A Must See.