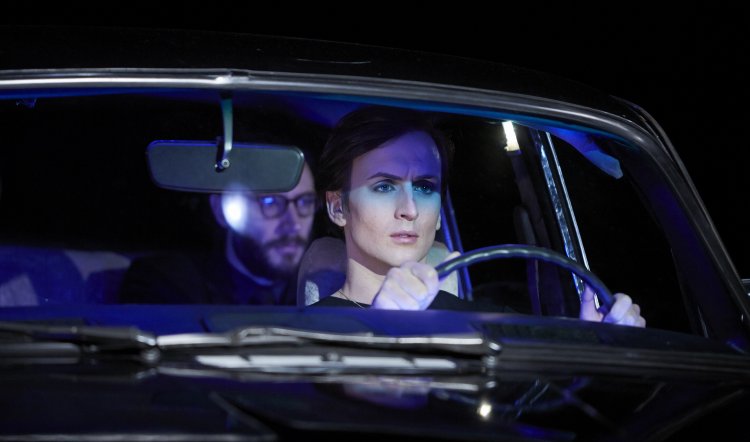 In Adena Jacobs’ adaption of Ibsen’s masterpiece, much has been made of the fact that Hedda is played by a man: Ash Flanders, one half of queer theatre duo Sisters Grimm.

What I don’t understand after seeing it however is: why? Flanders is suitably cold and dispassionate as Hedda, but whether he adds anything simply by dint of his gender is debatable.

Thankfully, Flanders doesn’t play Hedda as camp or in drag, unlike his performance as a hysterical housewife in Sisters Grimm’s Little Mercy at Sydney Theatre Company last year.

But nor does his performance turn the repression and double standards Hedda experiences on its head, as you might expect from a man playing one of drama’s greatest female roles.

Instead, Flanders plays Hedda absolutely (and pardon the pun) straight: as a woman would, despite very clearly being a man. Which begs the question: why then cast him at all?

Lying by the plunge pool on the patio of her sprawling, suburban McMansion, she is completely oblivious to the audience and the comings and goings of the housekeeper Berte (Branden Christine) and her husband, the kindly but ineffectual Tesman (Tim Walter).

As an opening scene, it conveys magnificently and without a word the disconnection Hedda feels from the world and those around her. But it’s also where Flanders’ characterisation of her more or less stops. Hedda is one of drama’s greatest creations: she is vicious, violent and manipulative. She carefully lays emotional traps and waits for people to walk into them. 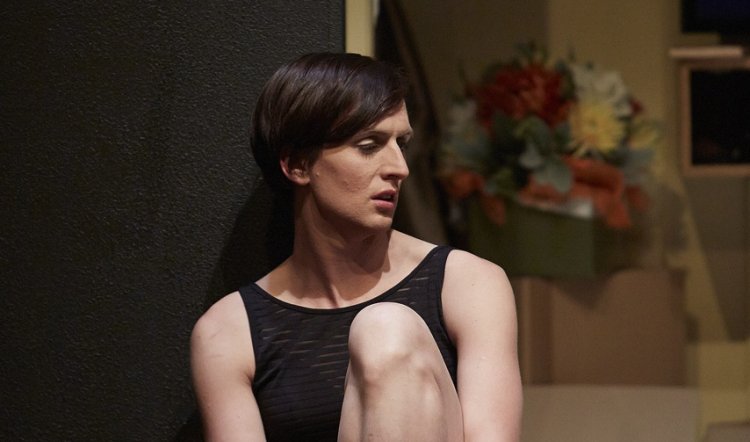 Yet in Flanders’ care, this never feels like anything more than going through the motions. Hedda never transcends our initial impression of her as narcissistic poser and not much else.

This causes other problems too: with so little to latch on to in Flanders’ performance, the supporting actors have equally little to work with. The arrival of former love Lovborg (Oscar Redding) promises passion but never quite takes off. The connection between Hedda and Tesman is dead on arrival.

Docile housewife Thea (Anna Houston) obligingly goes along with Hedda’s schemes, yet when Hedda casually attempts to kill her, she doesn’t run away screaming but inexplicably shrugs her shoulders and moves on. The only one who can match Hedda’s disinterested demeanour is the smarmy Brack, played by a dapper Marcus Graham.

Dayna Morrissey’s compact set is reminiscent of ghosts of Belvoir performances past: regulars will smile at the requisite glass box (this time a glass-walled living room), while the luxurious car parked off to the right recalls Simon Stone’s recent Death of a Salesman.

It conjures up perfectly the sort of soulless domesticity Hedda is understandably rebelling against, yet on a practical level both the car and the room muffle the dialogue, making characters almost impossible to hear and disconnecting us further from what is unfolding.

The combined effect is somewhat dispiriting: despite our very best attempts to engage with what is happening on stage, we are blocked from doing so at every opportunity.